The many documents used to create a Sailor Moon episode

As I’m sure you can imagine, there are quite a few steps involved in creating a single anime episode, and Sailor Moon was certainly no different. While much of the information outlined here is probably applicable to other anime of the era — and possibly even some of the anime being produced today —  everything discussed herein comes from Sailor Moon-related resources.1234 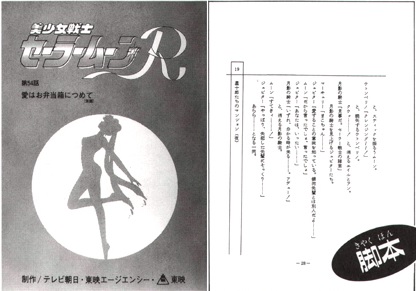 The first step to creating an episode is, of course, to write the story. This is done during the scenario writing process where the writer will give basic descriptions of the scenes and events that take place, what the characters say, etc. No pictures are yet drawn at this point and the script still isn’t finalized, but it essentially lays the foundation for the episode to be built on.

Now, the question that always nags at me is: just how involved was Ms. Takeuchi in this process? Considering how far the anime strayed from the manga, my initial instinct would be to say “very little.” However, according to both series director Junichi Sato5 and Ms. Takeuchi herself,6 she actively pitched ideas and discussed the individual story lines with the anime staff.

I suspect that this dropped off as she got busier, but Ms. Takeuchi was at least involved early in the series’ life. 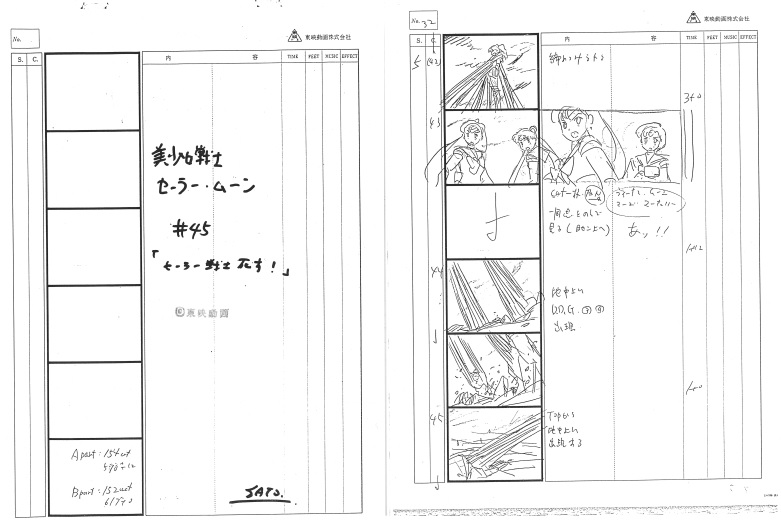 This is when the episode director steps in and begins turning the approved scenario into the makings of an anime. Not only are they responsible for taking the text descriptions and turning them into imagery (through the use of rough sketches), but their responsibilities also involve describing how the camera will move, reworking the dialogue, adjusting the pacing (down to the second) and figuring out where they can use “animation banks” (transformation and attack sequences, etc.) to reduce animation needs. 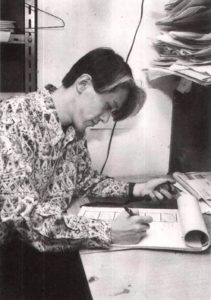 Some fun trivia: since Japanese shows (traditionally) only had one commercial break, episodes were broken up into “A part” and “B part,” with the eye-catch/cut taking place in between.

Note that at this point the final episode title is often still undecided. If you’re lucky enough to find either a scenario book or storyboard, you might find that the title is fairly different from what aired! 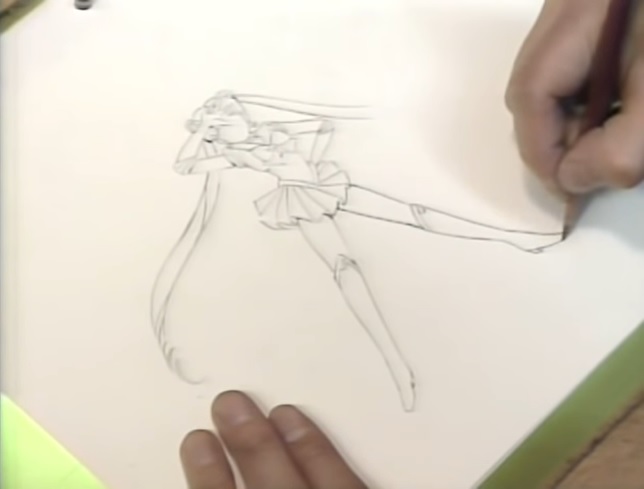 While this is all thrown under one umbrella, this is actually one of the most complex steps. Without getting bogged down into the crazy dynamics of how bringing pictures to life works, it’s important to note that each and every scene and movement is generally broken up into key frames7 and inbetweens,8 with the key animators only drawing the beginning and ending of a movement. The actual animation of that movement is done by another team, either in-house or outsourced. 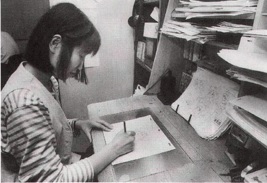 While there are several key animators working concurrently, it’s the animation director’s job to go through these key frames and make edits to make sure the animation is consistent.

In order to save on time, the animation director only marks up the parts of the picture that needs to be changed. If something is fine as-is and will still fit into the revised drawing, then it’s left out. You can see that in the picture above with Makoto’s hand. No revision was needed and it was thus left alone.

Once the art is done, it’s xerographed onto a transparent sheet of vinyl for painting. 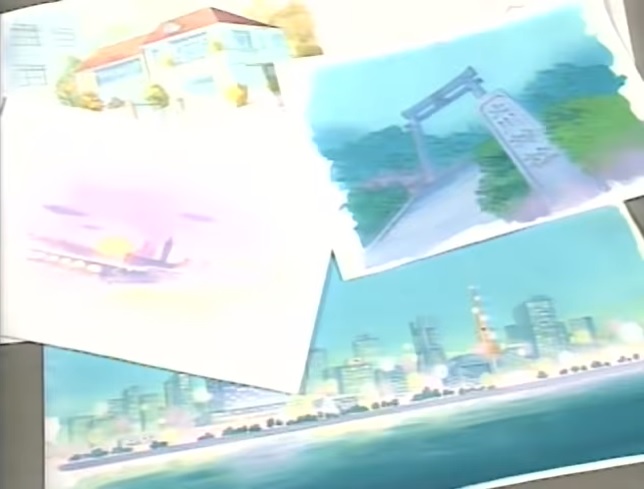 Some of the beautiful background artwork Sailor Moon was known for

Strictly speaking, this step is actually performed concurrently with the animation process with both teams working in tandem to ensure they’re using the right colors and scale. Each background is marked with the corresponding number of the cel that it’s used with in order to make the job a bit easier.

Once all the sketches were xerographed onto vinyl, they were then ready for painting. As I’m sure many of you are already aware, animation cels are almost always painted from the back In order to preserve all of the fine detail work put in by the animation team.

A painted cel of Sailor Jupiter from the back and front

This has the added bonus of speeding up the painting time because the painters can fill in whole areas that are the same color without worrying about removing any lines.

Now a little bonus fact: Toei Animation went through so much water-based acrylic paint that they actually used to manufacture it themselves. This carried with it the added benefit of the fact that they could make custom colors just for their anime. You’ll often see the numbers/codes associated with these paint colors on the art reference sheets so the painters don’t use the wrong one. 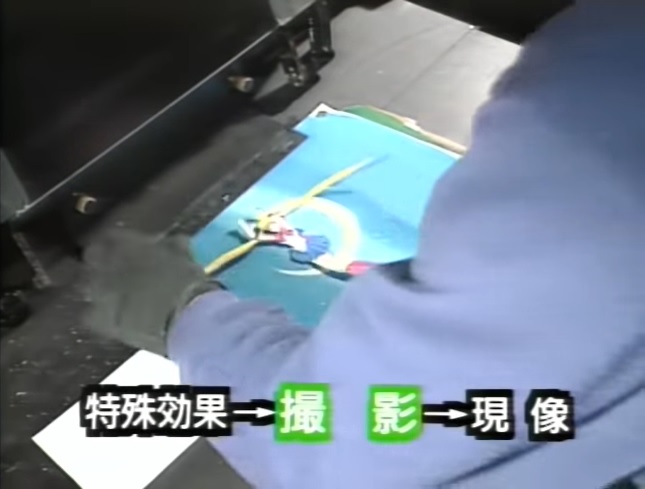 With the animation cels and backgrounds now complete, it’s off to photography where each and every single cel is placed on its respective background and photographed. The technician would then progress the film, take another picture, and continue on like that until the episode was done.

In case you were curious, the standard for Japanese anime at the time was 8 cels per second of animation,9 a process known as “limited animation.”10

Even with this lower count, though, they were hardly slacking off. A 22 minute anime episode would still run over 9,00011 individual cels. 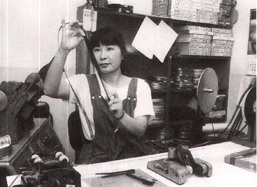 The manual process of editing together film

For the sake of convenience, and likely due to the timing when the backgrounds and cels were painted, anime episodes are generally not shot in order. That’s where the manual editing process of splicing together film comes in.

It’s also worth noting that this is also where the previously mentioned animation banks (transformation and attack scenes, the eye catches, opening and ending, etc.) are added in. 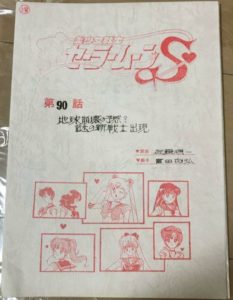 An actual production script used in the recording of episode 90

Finally it’s time to actually record the audio! The script is mostly finalized at this point in the process, because if it weren’t the animation would fall out of sync with what the characters are saying in the event that a line ran too long or too short. The script is based largely on the storyboard, but containing only the text descriptions and no images.

You’ll note, however, that I did say mostly. Before the proper audio recording begins, the cast gathers together and watches through the animation while reading their lines. This gives them a chance to mark where they’ll need to add emphasis on a line, what the character’s reaction is on screen, etc.

Handwritten notes in the episode 90 script regarding Rei’s actions

The voice cast in Sailor Moon were known to request to make changes to dialogue to something they felt would fit their character better. In fact, some of Usagi’s memorable and quirky lines were thanks to Kotono’s quick wit. Unless there was a specific reason not to, the animation directors would usually defer to the voice cast with regarding to phrasing and lines.

Though I can’t find a hard number anywhere, it looks like Sailor Moon episodes were recorded about 3 weeks before airing. I can say this with a fair degree of certainty because Kotono notes that she fell ill and was hospitalized on January 22, 1993, on her way to a Sailor Moon recording session. Episode 44, the first episode where Kae Araki took over as Usagi, aired on February 13, 1993. 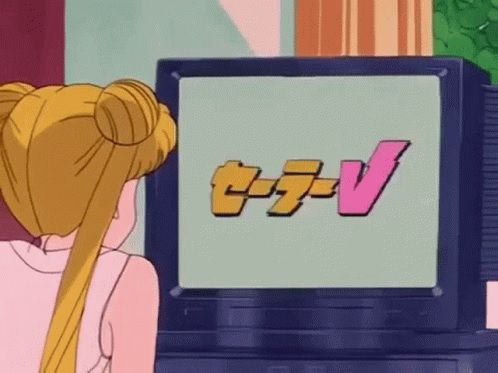 And that, dear friends and readers, just about covers the immense amount of love, dedication, and hard work that went into bringing this awesome series to life.

As odd as it may sound, knowing about what went on behind the scenes adds a whole new dimension of enjoyment for me when watching the anime or reading through the manga, so I just love learning about things like this. I hope you find this as interesting to read as I did to research!

If you’re interested in reading up on more behind the scenes information that doesn’t fit into the blog, translations of Naoko’s 90s manga liner notes, and more, consider joining me on Patreon! Right now I’m translating through the storyboards for episode 45 — the dramatic end to the Sailor Senshi and the episode that traumatized a generation — and will be adding them shortly.

5 thoughts on “What Went Into Producing a Sailor Moon Episode?”