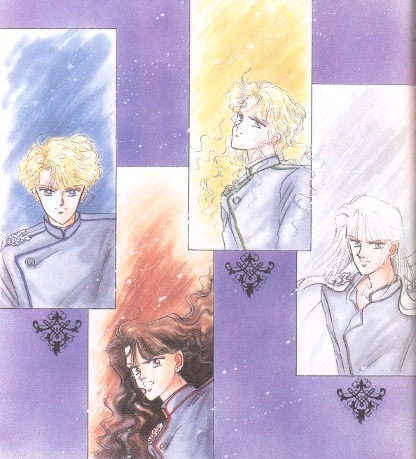 I never fully realized just how strongly fans were divided on the Shitennou x Inner Senshi pairings until Sailor Moon Crystal came out — and I can see why. Suddenly, this little footnote in Sailor Moon lore came out to the forefront, and many fans who were only exposed to the anime or manga translations were now scratching their heads wondering where this whole romantic back story came in.

To some, it was rejection of Zoisite and Kunzite’s relationship. To others, it simply felt shoehorned in.

For the first group, it’s worth noting that their relationship was an anime invention and homage to an older series.2 For the second, I don’t entirely disagree, but it’s worth exploring the origins of this pairing.

As mentioned above, one of the most common criticisms I hear of this pairing is that it never existed prior to Sailor Moon Crystal except for one picture that Ms. Takeuchi published in the first Sailor Moon artbook. This is technically correct… and also not. Surprisingly at the same time!

You see, while there were only a sparse few hints at the Shitennou x Senshi pairing in the Sailor Moon manga itself, when taken as a whole, it’s pretty clear that this was Ms. Takeuchi’s intention from the start. 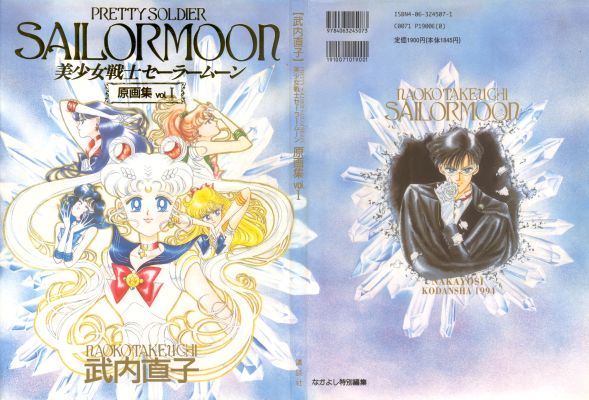 First and foremost, of course, is her very own commentary on the aforementioned art book image:3

And for those of you who haven’t spent the past decade of your life learning Japanese:

This was the title page to the final act of Sailor Moon‘s first season. This got a pretty big response from some of the readers, probably because of how surprised they were to see the four couples on the right. You know, I had been thinking about the romantic stories back in these four couples’ past lives. I’d love to write about that someday.

Putting aside for a second that I’m sure there are many of us fans out there that wish Ms. Takeuchi would pick up her pen and write about the tales of the Silver Millennium, I would imagine that this comment alone should be enough to lay to rest the argument that the relationship wasn’t intended to be a part of the manga canon. 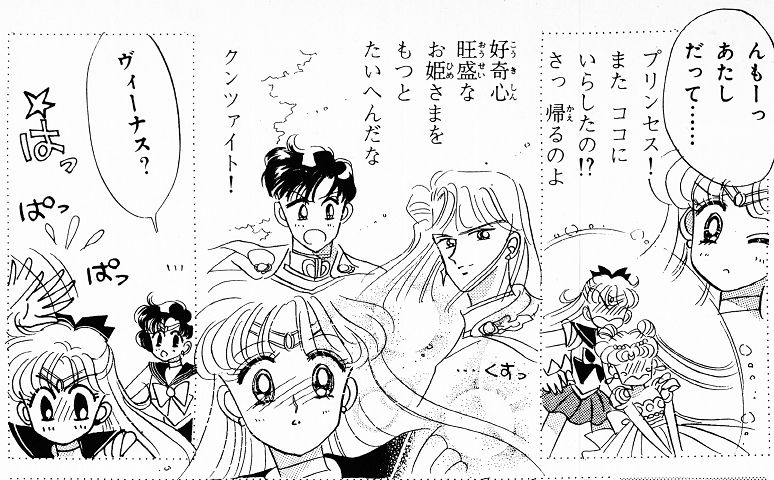 To be fair, I think most of us would blush if Kunzite was talking to you

You could also argue that there was a small hint at the relationship when Princess Venus gets flustered and blushes after an encounter with Kunzite in the past.4 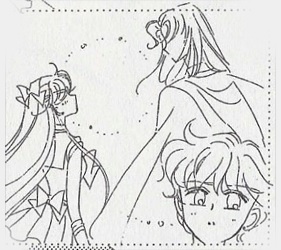 The best supporting evidence of a past relationship in the manga canon, however, is actually in Codename: Sailor V:5 Adonis (Danburite), just a tad bitter that his unrequited love with Princess Venus went unnoticed, comments dismissively that she was often falling in love. The accompanying scene shows Sailor Venus and Kunzite gazing into each other’s eyes as Adonis watches on.

That’s gotta hurt. Almost as bad as your sempai turning you away.6

Going beyond the Sailor Venus and Kunzite connections, I’ve seen some people make mention of Jadeite’s reaction when he first encounters Rei and talks about how he was drawn to her from the moment he laid eyes on her.7

And then, of course, there’s also the increased emphasis this pairing has been getting in the more recent post-Bandai SeraMyu musicals. 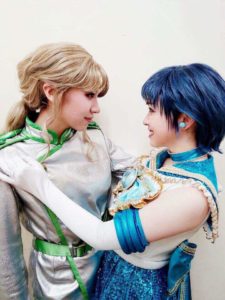 So with all that said, what do you think about the relationship between the Shitennou and the Sailor Team?

Personally, while I agree that they were probably together in the manga canon back in the Silver Millennium, it’s my personal belief that this is where their relationship ends. While Serenity and Endymion tell the story of a love that spans generations, I think that the rest of the figurative “Moonlight Destiny” for the rest of the Sailor Soldiers lies elsewhere — most likely in the unexplored aftermath after the events of Sailor Stars.

Not only are the Shitennou dead once again after the events of the Dark Kingdom arc, but there’s really nothing to suggest that the there is any sort of continuing connection in this life. Princess Venus may have been in love with Endymion’s guardian Kunzite, but this doesn’t necessarily mean that Minako Aino feels the same way.

At least that’s my take on the situation. Let me know down below what you think about it!

23 thoughts on “Were the Sailor Senshi Dating Endymion’s Shitennou?”