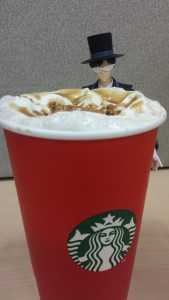 What is Tuxedo Unmasked?

Well, that’s probably an apt way to start this explanation, considering that this blog is a tribute to the hidden history and trivia behind the characters and world of Bishoujo Senshi Sailor Moon (referred to throughout this blog simply as Sailor Moon, for simplicity’s sake). In order to get to the underlying stories, I’ve styled everything in the form of a question-and-answer type of explanation, though I admit that most (all?) of the questions actually come from myself. I think this better poses to the reader what it is that’s going to be researched and might help the stray random Google searcher come up with their answer rather than using vague and ominous-sounding titles.

I’ve been a fan of Sailor Moon since the late 1990s (1997, to be exact) and have been passionate about the series and characters ever since. I’ve run multiple websites (and fanfiction archives) dedicated to the series over the years, but unfortunately university and work life took over and I fell out of all that for several years and just “being a fan” had to take a back seat.

However, with the new release of the web-based series Bishoujo Senshi Sailor Moon Crystal, I’ve started re-reading all the old manga and watching through the old anime, and really wanted to dig deep into all those questions that were left unanswered. I realized that making this in-depth analysis into the history of – and stories behind – Sailor Moon was my chance to (finally?) make use of my degree in Japanese history and occupation as a Japanese translator.

In addition to the normal blog entries on the main page about various facts and trivia about Sailor Moon, you’ll also find Interviews and Essays (generally related to Sailor Moon) which I’ve also translated from Japanese. I could go on for days and days and bore you with the details on my philosophy on translation, but the short version is that I’m a strong believer in localization (conveying the spirit and meaning of what the speaker is saying) over hard-and-direct translation (also important for technical and legal matters, but not so easy to read). If you have any questions about the Japanese translations, though, I’d be more than happy to discuss!