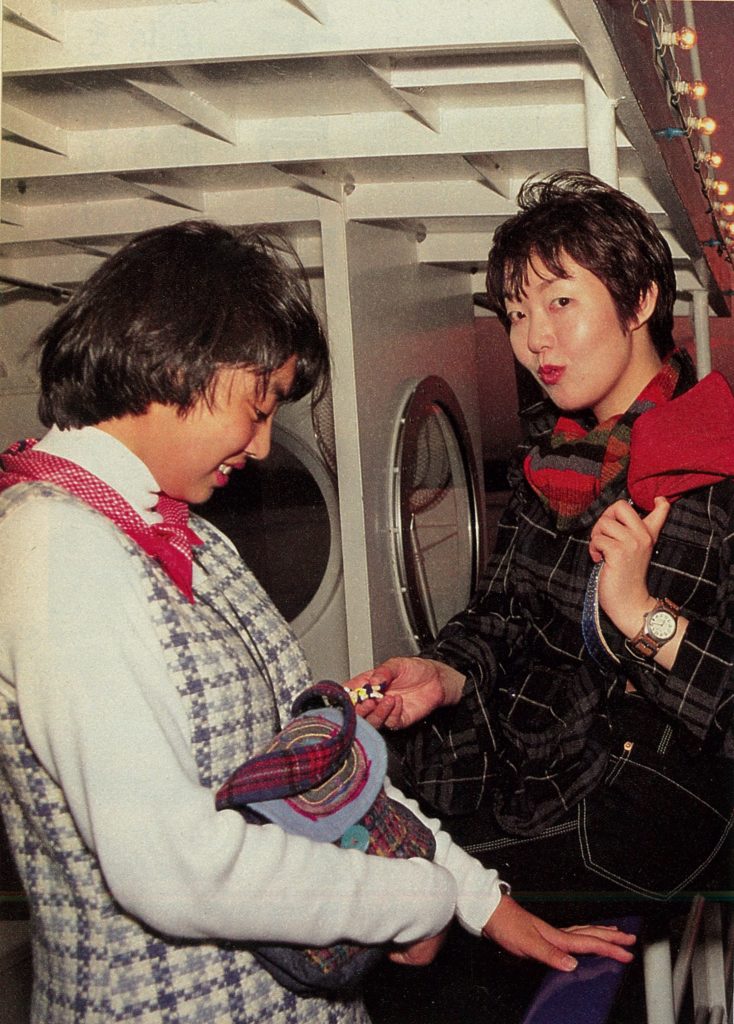 Today’s article isn’t so much an interview per se, but rather coverage of a rather… unique contest Animage magazine held in 1995 titled “A Date with Ogata.” As the name implies, it was a chance for readers to submit their best date plans to the magazine and, upon careful consideration, three lucky winners would have their chance to go on a date with the superstar voice actress Megumi Ogata.1

If that doesn’t sound bizarre enough to you, well… okay, so you probably have just been exposed to Ikuhara’s madcap antics a bit too often.

Today we’ll be going into the story of Megumi Ogata’s doki doki de-to with one of her intrepid fans, a second year junior high schooler named Natsuko. Read on for the date coverage! 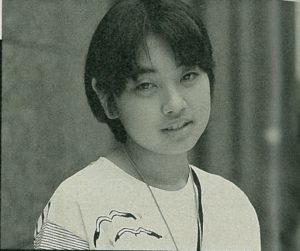 Natsuko Kuriyama, of Saitama prefecture, was the winner of our inaugural date with Megumi — and event well worth celebrating. She’s a second year student at junior high and a member of the tennis club.

According to Natsuko, “A while back, when Ms. Ogata was on Hayashibara’s radio program, she mentioned that she liked dolphins. I remembered that and thought it would be nice to go to an aquarium together.”

The place Natsuko suggested, Hakkeijima, was actually the most common date spot we received, but the reason why we chose Natsuko was because she provided the most detailed date plan and we could really tell that she was passionate about putting herself in Megumi’s shoes when creating the plan.

Coming up next, we’ll go over Natsuko’s “happy, but embarrassing” first date as we make it a reality. 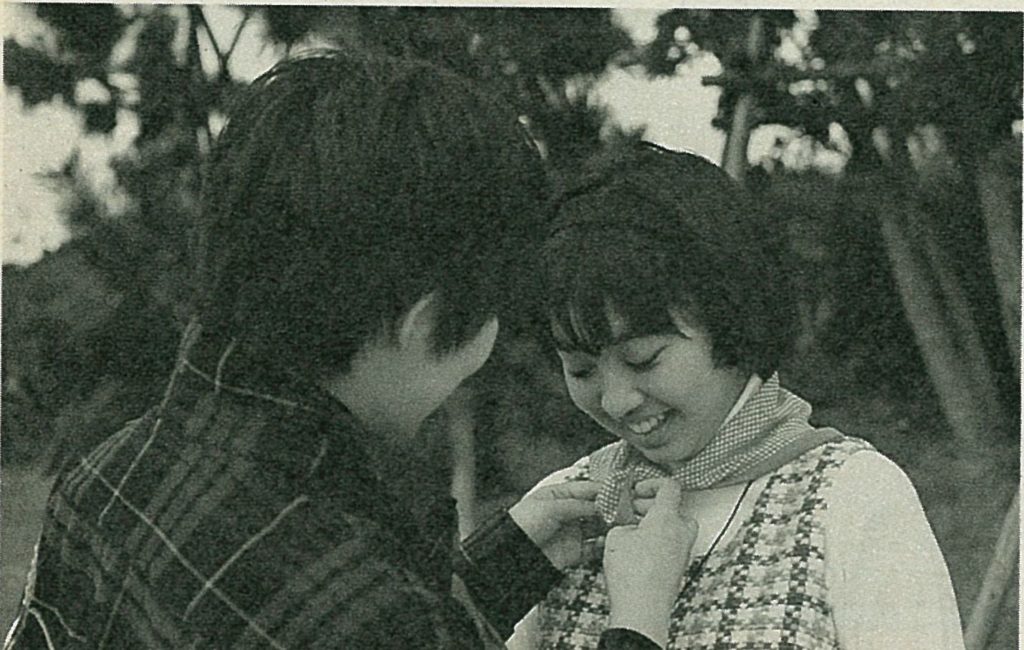 Megumi ties a scarf around Natsuko’s neck. This is going to be a special day for her, so Natsuko even decides to give red a shot, a color she usually dislikes. The two look just like sisters here.

“Ms. Ogata both looks and sounds cool, and I like how she seems to be so cheerful.”

Natsuko’s dream for the future is: “I’m sure it’s impossible, but I want to become a voice actress and perform with Ms. Ogata.”

Since there’s also an amusement park where today’s date will be taking place, it’s best to be natural and skip the heels. Hair and makeup should also fit the occasion. She decided to try out a different lip gloss for once and looks just like a charming 2nd year junior high student. Don’t overdo it!

A stylist provides some fashion advice

The stylist chose some bright, vivid clothes since they’ll be out at an aquarium. Natsuko is wearing an outfit from Beth Comb Studio. This style of jumper skirt is in style this fall. The skirt ends at around five centimeters above the knee and nicely shows off her legs while providing good [visual] balance with her shoes. 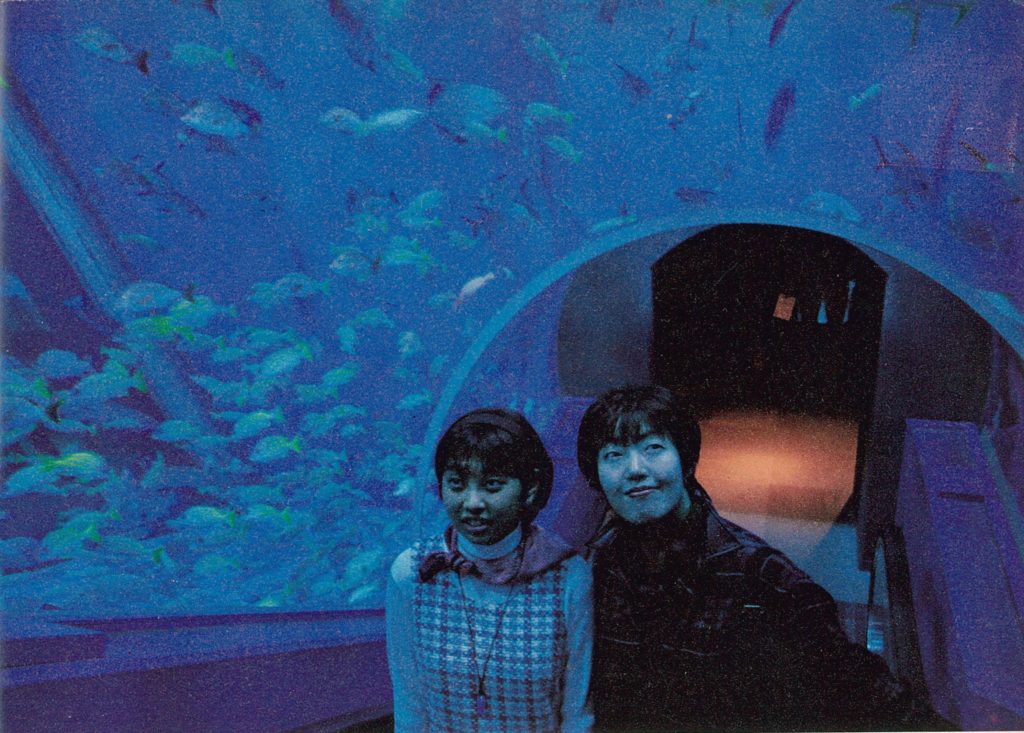 Natsuko and Megumi enjoy an afternoon at the aquarium

According to Natsuko, the Viking ship [Note: a popular ride that swings from side to side with all passengers facing toward the center of the boat.] was the most memorable part of the day for being both terrifying and fun. Megumi had a great time too, like she was a kid again.

They were moving so fast, she felt as if she’d lose her lunch of Polynesian-style roast lamb (which Megumi had kindly cut up for her. How sweet!).

“I’ll be happy if I can even just talk today.” Natsuko’s voice was stilted as she was all nerves prior to meeting Megumi. She was supposed to meet up with Megumi outside Hakkeijima’s entrance and Megumi showed up just on time wearing a red jacket. Time to get the date started!

Megumi Ogata and Natsuko in the observation tower at Hakkeijima

Considering how lovely the weather was, the two decided to start with some rides. First, then went up to the top of the observation tower to look out over the park. Natsuko shot down rollercoasters while spinning rides were a no-go for Megumi. Their interests finally aligned with the Viking boat ride. After screaming to their hearts’ content, they went off to feed the dolphins.

There were a lot of families and couples on dates considering it was a Sunday. Megumi casually escorted Natsuko through the crowds, alleviating her nervousness. At the aquarium, they spotted some sea otters and a polar bear playing around while Megumi asked Natsuko questions such as about whether she thought [the animals] were perhaps a couple, or if ‘Nacchan’ fought with her siblings. Even trivial topics like these make for lovely conversation.

The two were getting along splendidly by the time they went off on a boat ride.

That’s all we have to report, though we would like to apologize for constantly getting in the way of their date.

Who doesn’t want a Date with Ogata?

Usually I like to end these with some personal commentary about my own life experiences or something like that, but I’m afraid to say that the idea of winning a contest to go on a date with a superstar voice talent like Megumi Ogata is just so completely divorced from the life I’ve led that I don’t have anything to add.

Though I haven’t looked up the other two dates yet, something tells me both she and Animage decided to “play it safe” by choosing only young (and possibly female) fans to be the winners in order to keep the whole “date” concept fun and light. It also kind of helps to weed out stalkers both who want to date her as well as those who would be unreasonably upset to see her on a date with someone else. Fans can be weird about stuff like that.

Final fun fact before I go: Hakkeijima, the aquarium/amusement park they went to in this article, was used as a location backdrop in multiple PGSM episodes.2 So there ya are, six degrees of Megumi Ogata!