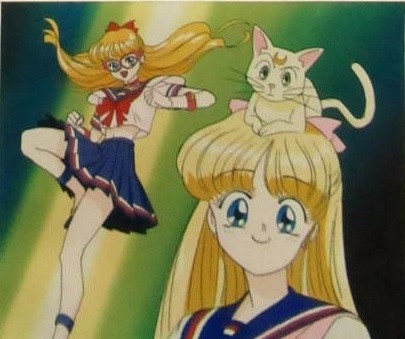 We were so close to an animated Sailor V, and yet so far…

Rumors of the purported Codename: Sailor V anime have been with the fandom practically since the day Sailor Moon first hit the airwaves. And who could blame fans for the confusion? After all, even the Sailor Moon manga was confused about what its own title was in the lead up to the series debut.

Considering what a massive success the Sailor Moon franchise was proving to be — not only on TV, but in movie theaters, on stage, and in the manga as well — it seems like a spin-off series should have been a sure thing.

Today we’re going to take a look at what information we do know about the Codename: Sailor V anime, see how far it made it into production, and come up with a few theories of our own as to why it never saw the light of day. Put on your hard hats, ’cause we’re digging deep!

What’s most interesting — and perhaps the greatest travesty — for me with regard to Sailor V seeing an animated release is that the series entered anime pre-production not once, but twice before being cancelled each time around.

As I’m sure many of you already know, Sailor Moon was pretty rushed in terms of development, with less than half a year between the initial release of the one-shot Codename: Sailor V manga and Sailor Moon‘s Nakayoshi debut. The anime wasn’t much better off when you consider that they were still holding auditions in late December 1991 for a weekly anime coming out in the following March.

While Sailor Moon‘s long-time editor, Fumio ‘Osabu’ Osano, has given conflicting stories about how early the concept of a Sailor V anime was ditched in favor of fleshing out a full Sailor Team, we do know that an initial script,1 pitch document, and even early production art for the series were created.2 We do know, however, that the idea was shelved relatively quickly as, according to Series Director Junichi Sato,3 they barely managed to get Sailor Moon out of the door, so having made any real progress on a Sailor V anime is out of the question.

According to the planning document itself, we can even see that it was initially Codename: Sailor V — and not a new spinoff series — that got greenlit for serialization in Nakayoshi and the person in charge of writing the proposal was quite enthusiastic about seeing this become an anime series.4

Sailor V’s on a Roll!

Codename: Sailor V, initially carried in July 1991 in RunRun, an offshoot of Kodansha’s Nakayoshi, was met with such a huge response from readers and it’s been decided that the series will be serialized in Nakayoshi! This proves that modern girls are looking for a shojo comic that breaks away from the mold!

Goldfish Warning! has drawn attention for expertly bringing the adventures of the super carefree Wapiko and super self-centered Chitose into the animated realm while maintaining the feel of the manga. We want to rush to ride the new wave of comic-based anime and bring to life this super energetic, super cool girl who leaves both Wapiko and Chitose in the dust!

The plan we’re introducing is for Codename: Sailor V!

In case you didn’t notice, the 90s were pretty big on the word super.

Despite all the over-the-top excitement our anonymous author poured into the pitch document submitted internally within Toei, it was all for naught and the idea was scrapped in favor of refining the concept into what would become Sailor Moon.

… but that isn’t the end of Sailor V‘s foray into the animated world, dear reader.

In 1995, a four-episode Codename: Sailor V OVA5 series was publicly announced, with the series supposedly to be as follows:6

Unfortunately, I’ve been unable to find much more information about this Sailor V OVA beyond this one magazine “scoop,” which means that the project was likely quietly cancelled before it got far into development.

Is Sailor V a cursed project destined to die on the vine? Or does it perhaps have another lease on life once the Sailor Moon Cosmos movie comes out? I can’t really say for sure, but I personally have mixed feelings on the idea of Sailor V making the leap from manga to video. While I’d love to see more of Minako’s misadventures just as much as the next Sailor Moon addict, there’s something about the Minako & Artemis narrative style (i.e., only the two of them interacting with each other and the story) that doesn’t exactly seem to lend itself well to a 30 minute animated format.

But that’s just my opinion on the subject. What do you think? Do you think Sailor V has the potential to be a compelling anime? Or, if any changes are needed, how do you think the story could be adapted while remaining true to the manga? I’d love to hear what you think!

8 thoughts on “What Happened to the Sailor V Anime?”