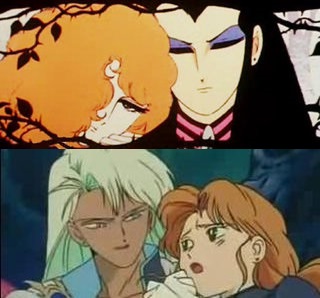 Who could it be?

Among all of the liberties that the anime took when it came to redefining the characters of Sailor Moon — and there were certainly plenty — the reworking of Zoisite and Kunzite’s relationship is one of the examples that stands out strongly in my mind.

Today, we’re here to talk about the 1978 manga and subsequent 1982 anime that may have served as an inspiration for how Zoisite and Kunzite’s relationship developed into what we saw in the anime.

And if that doesn’t sound interesting, well then, I guess I just don’t even know who my readers are. If you’ve made it this far, then, I hope you join along for the ride! 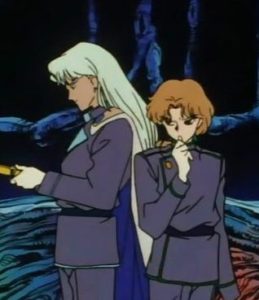 “Let me read you a bedtime story, Zoisite.”

In the grand scheme of things, the rewriting of Zoisite and Kunzite’s relationship from that of a mentor and fresh-eyed newbie in the manga to that of romantic lovers in the anime is pretty small when compared to some of the other changes the Sailor Moon anime did.

The near complete reworking of Rei’s character is probably the greatest example, but the changes that Mamoru underwent weren’t minor by any stretch of the imagination either. Heck, while we’re at it, the whole idea of them dating was an anime invention.

I guess the reason why Zoisite and Kunzite’s relationship stands out so strongly in my mind is because my first introduction to Sailor Moon was through the old DiC dub, wherein Zoisite has changed into a woman. When I first learned about the manga, there still weren’t any official English translations at the time, so my only exposure was with fan-written summaries.

This, kids, was before “scanlations” were a thing. Yes, I’m old.

So anyway, here I learned that not only was Zoisite a man, but there was no relationship with Kunzite to be seen. Huh, okay. But that means that in the anime…? Right, they’re both men. And they’re in a relationship. Before I had even heard about the relationship between Uranus and Neptune, this was first introduction to the diversity of relationships in Japanese anime. And I imagine it was for many others, as well.

But what about young fans in Japan?

As it turns out, this is far from the first time that a gay relationship was prominently featured in a prime-time children’s anime. 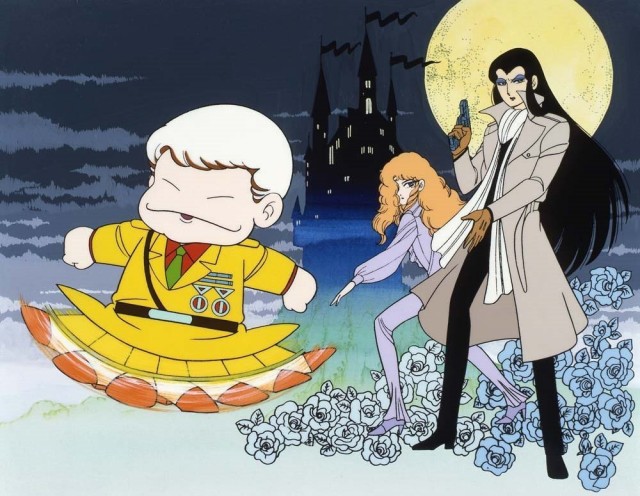 The credit for that goes to Boku Patalliro! (1982-1983), the anime adaptation of Patalliro!, a long-running shojo manga that started in 1978 and continues on till today.1 This show, also by Toei Animation – the studio behind the Sailor Moon anime – is credited as the first show to bring shonen-ai (gay relationships) to Japanese tv.2

Though I don’t have any direct proof of this, I believe that the relationship depicted in this show is what served as the basis for Zoisite and Kunzite’s relationship that we see in the anime.

If the age difference and personalities seemed like a mere coincidence, why don’t we take a look at their character designs.

Okay, okay, so Kunzite doesn’t lay the eye shadow on quite like Bancoran does, they do have the serious demeanor going for them and the never-smiling attitude.

Zoisite and Marich, on the other hand, do have a lot more in common in terms of basic character design and mannerisms, with both of them being hot-headed and underhanded, but both exhibiting feminine mannerisms in their respective relationships.

Like a mentioned above, I don’t exactly have any proof here that the relationship between Zoisite and Kunzite was meant to mimic Maraich and Bancoran, but the way they interact with each other does remind me a lot of what I’ve seen in Patalliro!.

As for why they would put the relationship in when it was entirely absent in the manga? That’s actually pretty simple – for the same reason shows at the time, such as Ranma 1/2, were so well known for t&a: it draws in viewers. Apparently back in the early days of Sailor Moon, there were quite a few fan made doujinshi comics focusing on this relationship,3 and the Zoisite and Kunzite pairing was – and is! – quite popular.

Read also:  Does Sailor Moon Have a Connection to the Paranormal?

Edited to add: Commenter Retrosofa (down below) kindly pointed out a very important detail that I missed – the voice actor Kazuyuki Sogabe lent his voice to both Bancoran and Kunzite!4 If that isn’t a final nail in this coffin, I’m not sure what would be!

Just to be clear, this is just my own observations on the situation and my thoughts on how the relationship between Zoisite and Kunzite developed the way it did. It’s entirely possible  (likely?) that I could be wrong and this might just be nothing more than symptom of tendencies in popular girls’ anime.

On the other hand, it seems that this theory crops up quite often in Japanese fan circles, especially among those who grew up watching Patalliro! first and then later encountered Sailor Moon. The manga is hugely popular and, since it still is running today, has quite a fanbase. The anime ran in syndication for many years and has quite a few fans even among those who weren’t alive when it was on air. So in that case, it may not be too far out there that this was something of an homage.

But that’s what I think. I’d love to know your thoughts on this – why do you think the anime decided to add in this dynamic between Zoisite and Kunzite?

22 thoughts on “What Was the Inspiration Behind Zoisite and Kunzite’s Relationship?”