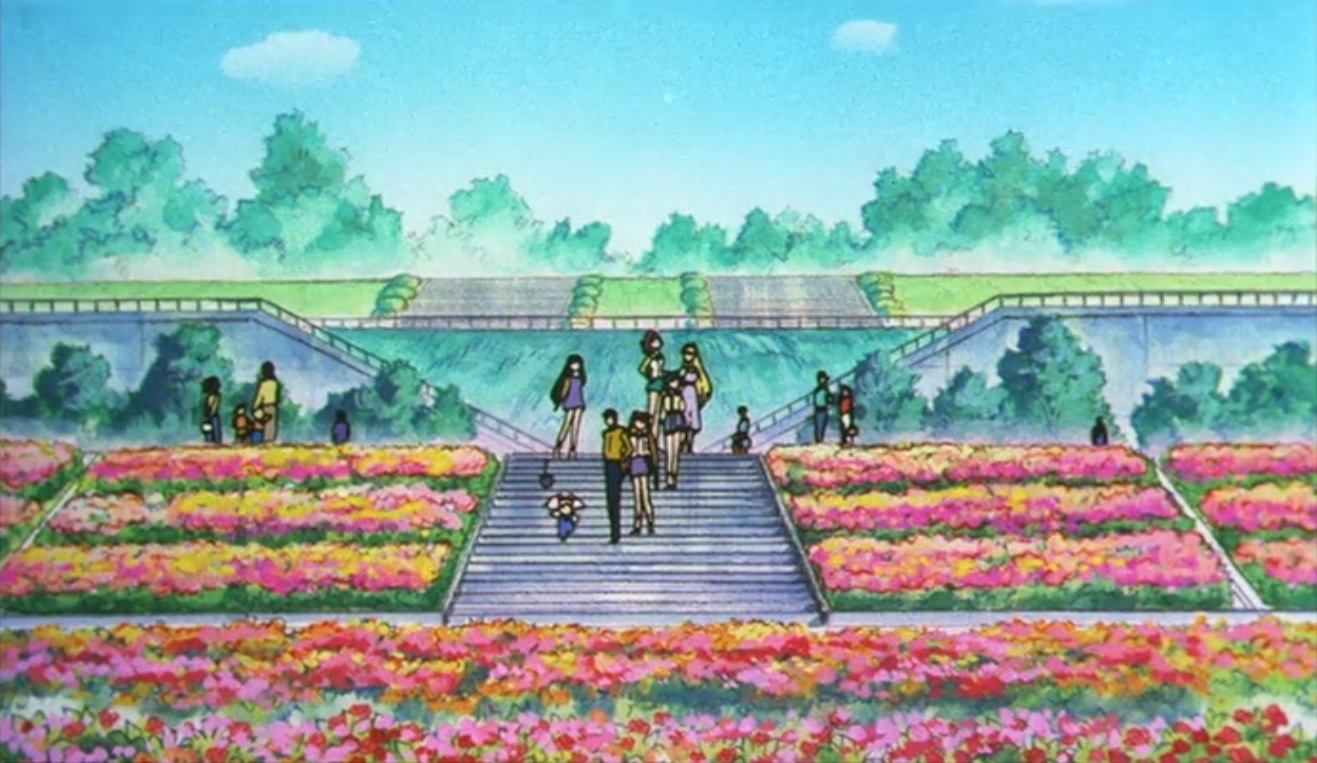 I’m going to be totally honest right up front: I’m not actually much of a fan of any of the Sailor Moon movies. It’s not that I actually dislike them, but more that I find them inconsequential. What I fell in love with about Sailor Moon – and anime in general – when I first started watching was that the series has a rich plot that develops episode-by-episode.

In the anime, characters die and disappear for awhile, new characters are introduced, and the series grows deeper and deeper as it goes on.

With the movies, that’s simply not the case. As exciting as the story is, I know that no matter what happens in between, the world will be no different at the end from how it was in the beginning.

But I digress! Where I meant to go with this was that if I did have to pick a favorite movie, it probably would be the Sailor Moon R movie, if simply because I love how Director Ikuhara1 brought back and retold Ail and An’s story from earlier in the season.

What we’re looking at today is an “Interpretation” guide, written by Ikuhara himself, that came with the LaserDisc2 release of the movie. In it, he provides his thoughts and comments on the 20 chapters of the movie and how the scenes played out. Since it’s going to run a bit long, this will be split up into two parts.

Note: The titles here are the chapter titles and his comments on a given scene.

1. On stage for character greetings – starting with all Sailor Senshi

Ikuhara confesses here to being a fan of the so-called “idol movie” genre,3 essentially a type of low-budget movie popular in the 80s that was a cash grab built entirely off the fame of the front-running star. Whether the leading lady could act or there was even a compelling plot was immaterial – these were campy movies made simply to bring in audiences who were fans.

In his own words, that was what he wanted to create for the Sailor Moon R movie prologue. He wanted to showcase all the characters for all of the fans.

Since the main theme of the movie would be flowers, he decided that it should take place at a flower garden – and those are the scenes we see play out while the opening theme plays.

Here, he also notes that Jindai Botanical Garden4 in Tokyo served as the model for this place.

3. Promise in Darkness, and the Recollections of a Child

Ikuhara describes his inspiration behind the friendship between Fiore and Mamoru in terms of childhood friends we all have had: someone you’re close to when you’re really young, you promise to be friends forever, and then somehow they fade from your life as if they were just an illusion.

He also mentions that the first friend you have in your life is something unique and special, and that by first getting to know someone else, that becomes a mirror onto yourself, thus showing you who you are as an entity separate of the world around you. Both figuratively and literally, Fiore was this to Mamoru.

4. “How about a kiss?” and the playfulness at the botanical garden

It’s well known that Ikuhara is a fan of adding in gag comedy in his works, and he was a strong force in how Rei developed in the anime due to this. This kiss scene was both deceptively simple – it being a quick laugh – and deep at the same time. His intention of having all of the characters watching the lead up to Mamoru and Usagi’s kiss also be in reference to you, the viewer, watching this play out. 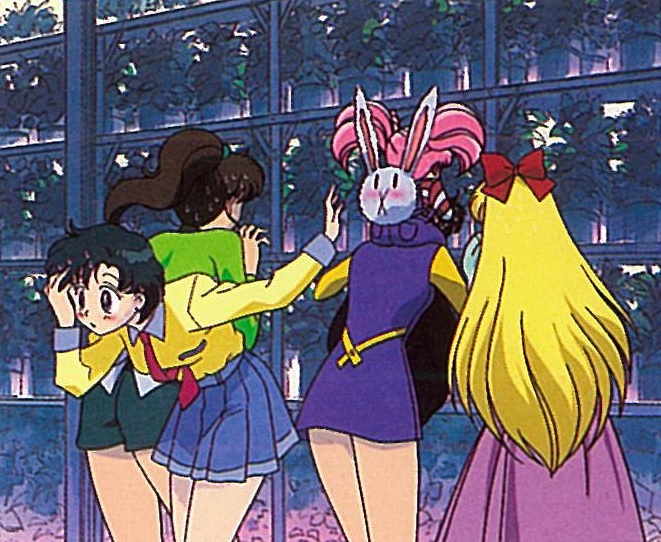 Admit it! You were watching too… creep!

Ikuhara compares the reunion between Fiore and Mamoru with that of being stuck on a train in-between stations when suddenly you notice you’re standing next to an old friend you haven’t seen in years.

At first you’re both excited to see each other again and kill the time by catching up on each other’s lives. But eventually you run out of things to say, and the conversation just kind of dies off, leaving you both standing there in awkward silence.

He quotes the following line from a book as inspiration for how humans drift away:

“Life is a trip about searching for a person who shares the same universe that’s in your heart.”

Ikuhara goes on to say that as time passes and you are away from each other, the universes within your own hearts change and diverge. There is nothing “everlasting” about human relationships, and a day to part will always come.

He goes on to say that this also applies to Usagi and Mamoru, and the Sailor Senshi as well, but sadly doesn’t elaborate further. This idea of what becomes of an “everlasting friendship” once its day had come and gone is one of the driving themes of the movie.

6. The Hikawa shrine and Usagi’s love

Though Ikuhara admits that he was usually a fan of filling these scenes of the girls around the table at the Hikawa shrine with some gag comedy or serious dialogue, here he decided to go for a scene of good, old-fashioned “girls’ talk.”

This gave him a chance for Usagi to reflect on her relationship with Mamoru. 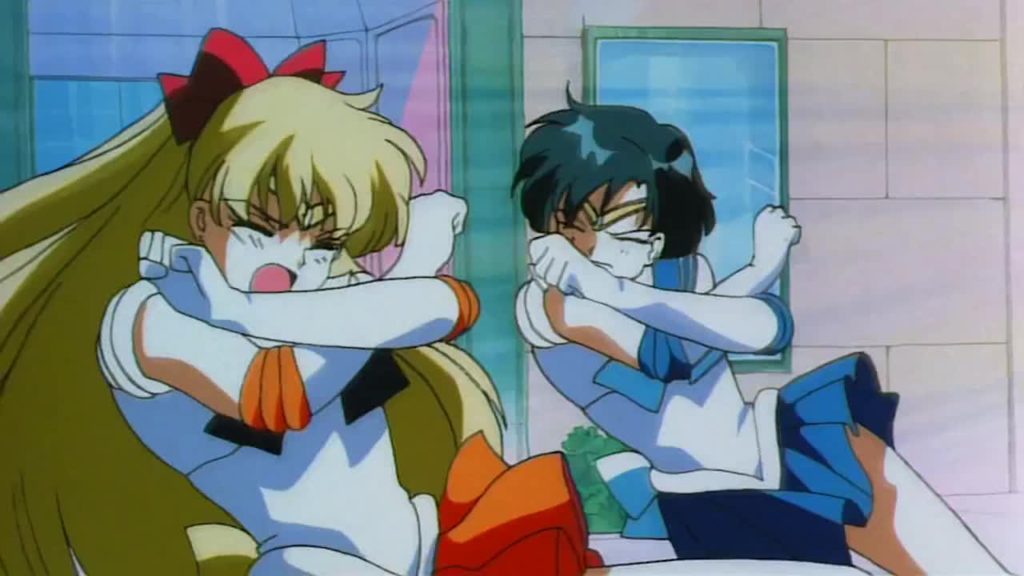 Since the movie had been pretty slow-going up until this point, Ikuhara decided to throw in a high-intensity scene here, playing out in sync with the music to get the audience excited.

Not mentioned here, but something I noticed: the street where this battle takes place is a real street in Juban. Some of the shops and locations are still recognizable.

He notes here that he always wanted to have the other girls’ transformation scenes to have music to them as well, and not just Usagi. My guess is that, what he means here, is the actual voices singing the names of each of the Sailor Soldiers as they transform. Since he was making a movie anyway, he took this opportunity to redo their transformations.

He also goes on to mention about how many rolls of film were used in the movie (8 rolls) and how each roll is 8 minutes long. I have no idea why. He kinda rambles. 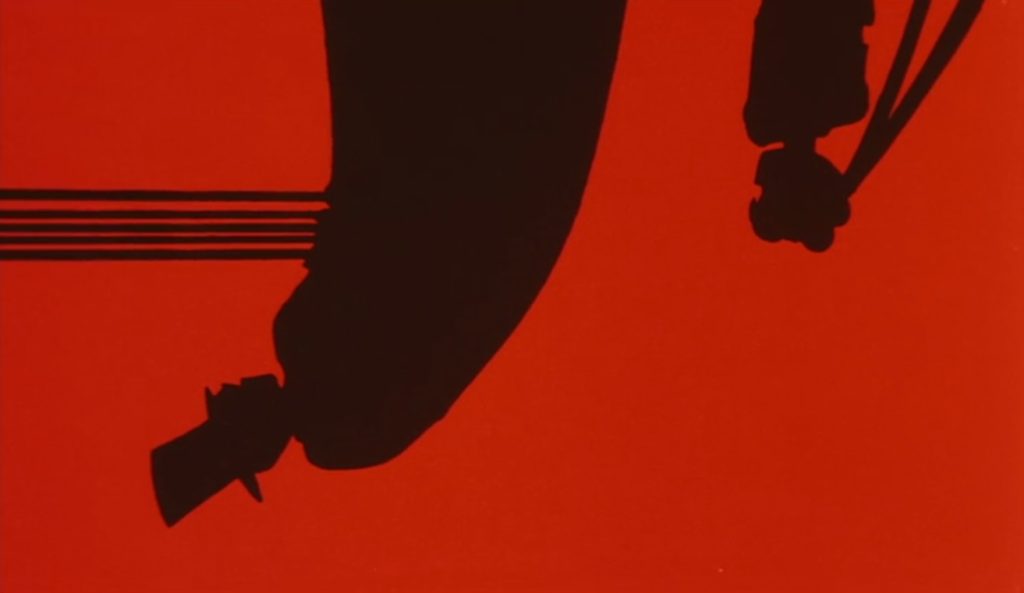 This is in reference to the scene where Tuxedo Mask is stabbed by Fiore while protecting Sailor Moon. Ikuhara mentions that, since the run time of the movie was already decided ahead of time, many scenes had to be cut and seconds shaved off here and there throughout. He got a lot of pushback from people on the team for fighting to keep this long, 18 second scene of Tuxedo Mask getting stabbed.

Ikuhara explains that he thought of the Sailor Moon R movie as a renewal of both seasons of the anime, due largely in part to the fact that he didn’t really have much involvement in the Sailor Moon R anime since he was so busy working on this movie.

That’s why he decided to redo the music during Usagi’s transformation as well. It’s the same melody, but he added in a chorus to it to spice things up.

…and that takes us through the first half of Director Ikuhara’s notes on the movie!

Unfortunately, this has run a bit long, so I’ll have to cut it here and continue next time. 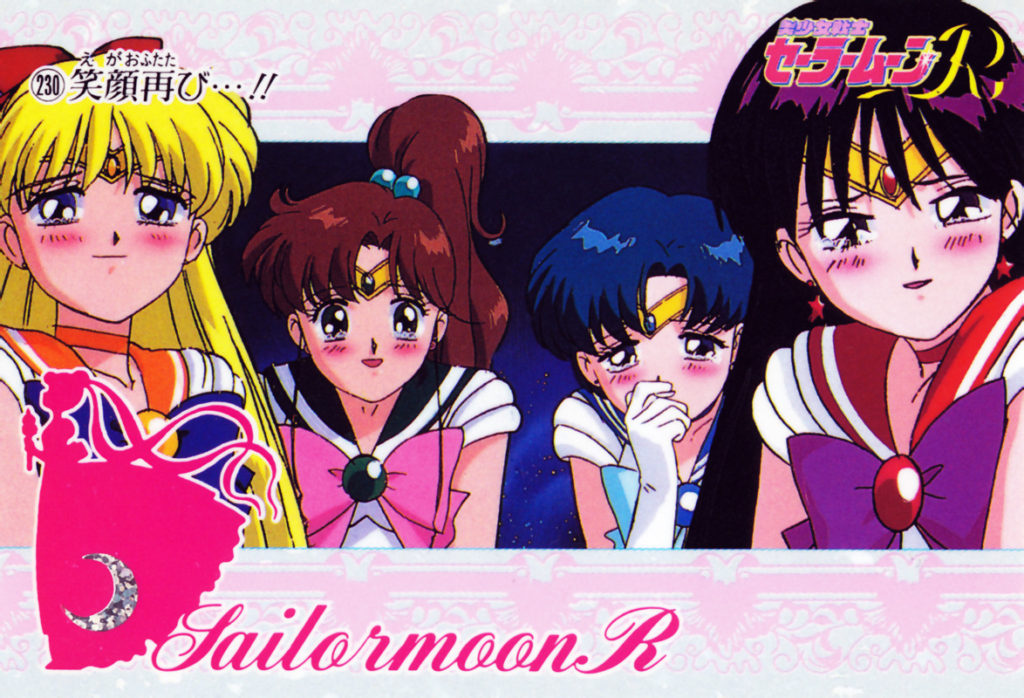 A trading card from the movie

Hopefully it’s been as interesting for you as it has been for me! I love hearing about how the scenes were structured and why the story was told the way it was. If I can find any similar material for the other movies, it’d be great to see what kind insight we may be able to glean from them.

13 thoughts on “What Were Ikuhara’s Inspirations for the Sailor Moon R Movie? (Part 1)”