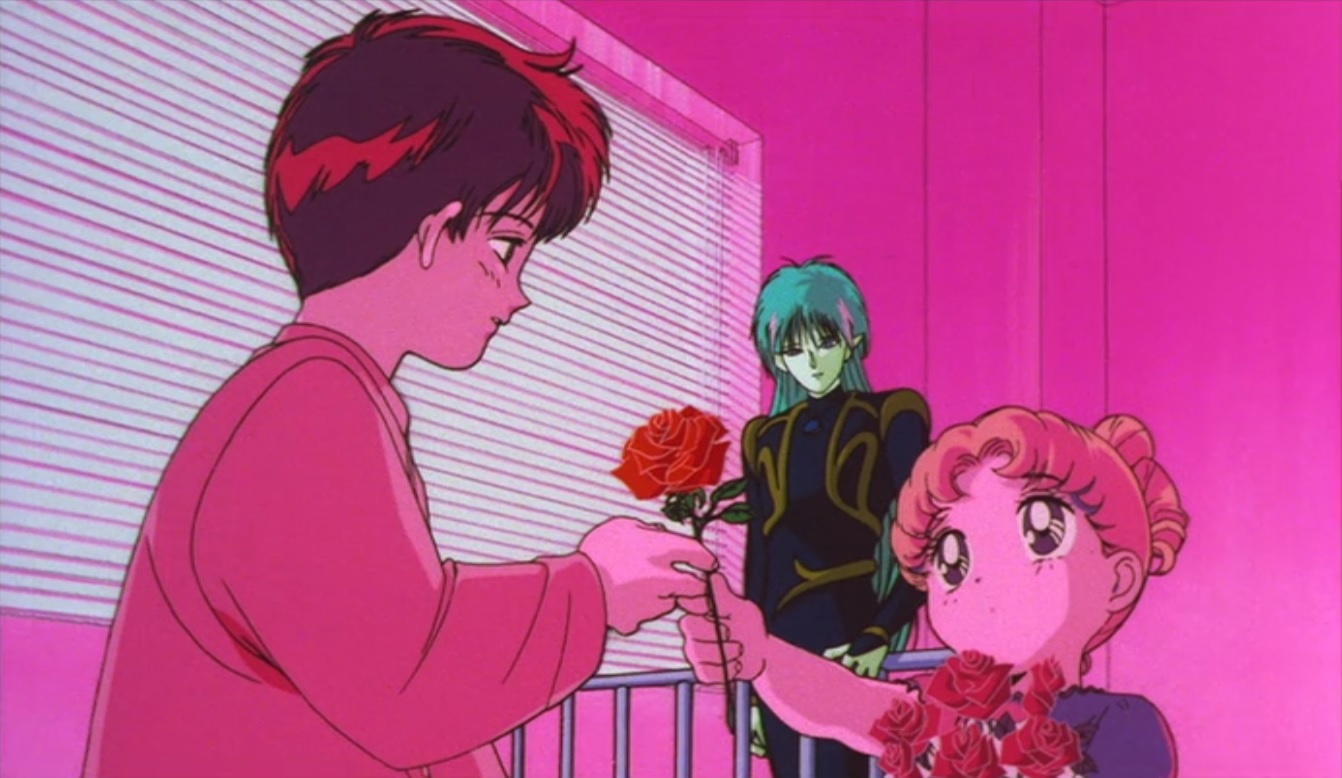 Ever since starting this blog, I’m always very careful to try to avoid ever saying something stated or depicted within the anime or manga is either a lie or didn’t happen, at least not without compelling proof to the contrary. Once you start going down the rabbit hole of saying that “Maybe Usagi was lying when she said she was 150cm!” or that “Makoto is probably just estranged from her family,” you really can’t say anything definitive about the series since all of your proof is suspect.

But sometimes, the situation can justify a deeper analysis. Such as, for example, Usagi and Mamoru’s purported “first meeting” in the Sailor Moon R movie. So, did they really meet as kids? 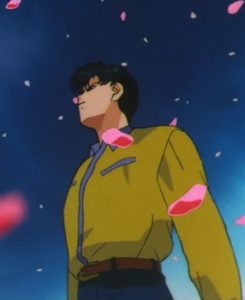 Mamoru has a sense of fashion??

Before we can really talk about anything else, it’s worth noting that the Sailor Moon movies are really in a continuity all their own — their stories fit in loosely with the overarching gist of the season in which they take place (particularly with regard to the characters that appear), but obviously don’t take place within the internal canon of the anime.

In the Sailor Moon R movie, for example, ChibiUsa’s existence pretty clearly locks down the time frame in which this story should take place. But if they’re in the middle of a protracted battle against the Black Moon Clan, why doesn’t it come up? There’s no mention of Sailor Pluto and ChibiUsa comfortably refers to Sailor Moon as her mom, so we’re kind of stuck with a story full of details cherry-picked as convenient.

Oh, and the fact that Fiore’s story is admittedly a retelling of the Cardian arc pretty much seals the case.

But that doesn’t mean that these “out of band” side stories should be completely disregarded. After all, the characters rarely make mention of past enemies in either the manga or the anime, so we shouldn’t be too surprised that they don’t talk about the Black Moon while fighting against Xenian.

Even if the villain arcs in the movies themselves suspect, I still think we can take away details about their personal lives, such as Ami’s allergy to love letters. Or, as many people would point to, Usagi and Mamoru’s first meeting as children.

But did they really meet? 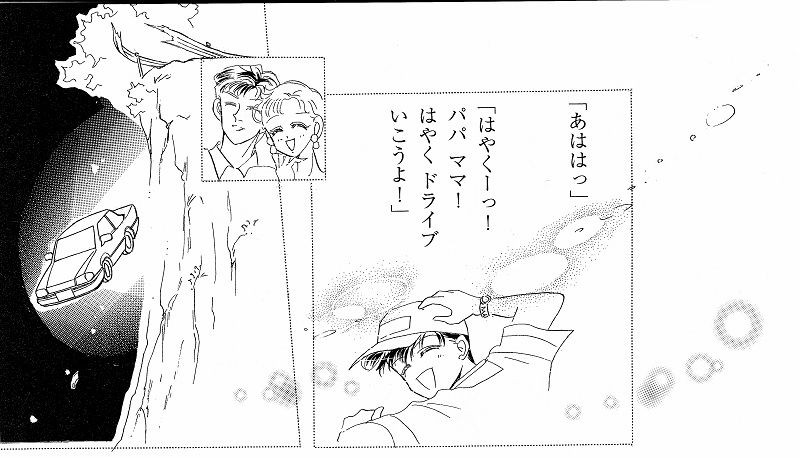 First off, what we see depicted probably can be mostly taken at face value. I think we are seeing Mamoru’s experience in the hospital as a young child, having just suffered through the trauma of losing his parents. We know that he’s suffering, and will continue to suffer, from amnesia and hallucinations.

Usagi, however, is a different story. I personally don’t think she could have been there to meet Mamoru in the hospital, for a multitude of reasons.

Our first main problem is her age and the fact that she’s running around, unsupervised, at a hospital. I know that Kenji may not be the most attentive father, but I don’t think it’s unreasonable to ask him to try to keep an eye on his only daughter. We know that Shingo is in the 5th grade,1 so that places him at around 10 to 11 years old. 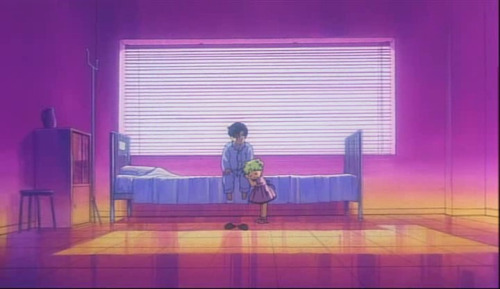 Since we know that Mamoru’s parents met their fate on his birthday in the manga2 and have no reason to believe this isn’t the case in the anime, that means that Shingo was born in the late summer or fall, and thus after Usagi’s birthday. So! That means she must have been 3 to 4 years old at the time Shingo was born.

Even if we were to accept that Kenji were an awful parent and let his 3-4 year old child run around on her own with a bundle of flowers, we still need to contend with the fact that maternity wards are generally placed in different parts of the hospital – often on different floors – to keep germs at bay due to baby and mother’s weakened immune systems.

So if we accept that not only did Usagi escape from her painfully inattentive father and took his expensive roses with her and got so lost that she ended up in an entirely different ward… we’re good then, right? Usagi and Mamoru met!

Unfortunately, I still would say no. “Why, you awful doubting Thomas, do you still refuse to believe they met??” I can hear you say. Well, it’s simple.

There are no substantial cliffs to fly off of in Tokyo.

Seeing as we know for a fact that Mamoru and his parents went flying off a cliff in the manga (and have no counter-evidence in the anime), I think we have to assume that they went for a drive out in the country. I don’t know about you, but it seems pretty unlikely to me that after recovering the young boy from a car with the remains of Mr. and Mrs. Chiba, they would then immediately transport him back to central Tokyo. As you recall, he has no other family. 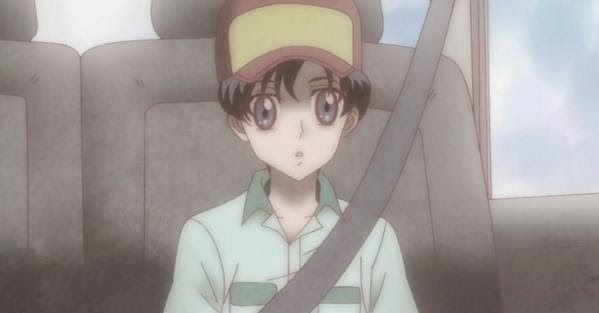 Going back all the way to the beginning of this article, though, you’ll recall that I mentioned that I try to avoid saying anything written or shown in the series is not true… and I think no differently here.

You see, while I think that Usagi and Mamoru didn’t meet in the strictest sense of the term, I think that what he saw here was a vision of Usagi. As you recall, in the manga at least, Mamoru is haunted by dreams of a woman telling him to find the Silver Crystal.3 In the anime, he’s even worse off, suffering from amnesia from before the accident (retrograde amnesia),4 in addition to anterograde amnesia,5 i.e., losing track of time and failing to create new memories.

Mamoru himself admits that he thought that Fiore was just a figment of his imagination when he was a young child, alone in the hospital. It makes me wonder what other hallucinations he had seen while he was there.

Seeing as how it doesn’t make any practical sense that Usagi would have really been there and that the accident seems to have woken something up inside Mamoru connecting him to his past life (and ultimately leading to the creation of his alter ego, Tuxedo Mask), I think it makes the most sense that,6 in this time of despair as he was about to lose his one and only friend, that his heart reached out… and Usagi responded, appearing as a vision in his hospital room, possibly from another hospital where her mother had given birth.

And that’s a great question. But considering Tuxedo Mask (and Moonlight Knight!) manages to conjure up roses all the time, I’m okay with assuming that being reunited with Usagi, even briefly, awoke something inside him and allowed him to bring up a rose to give to Fiore. 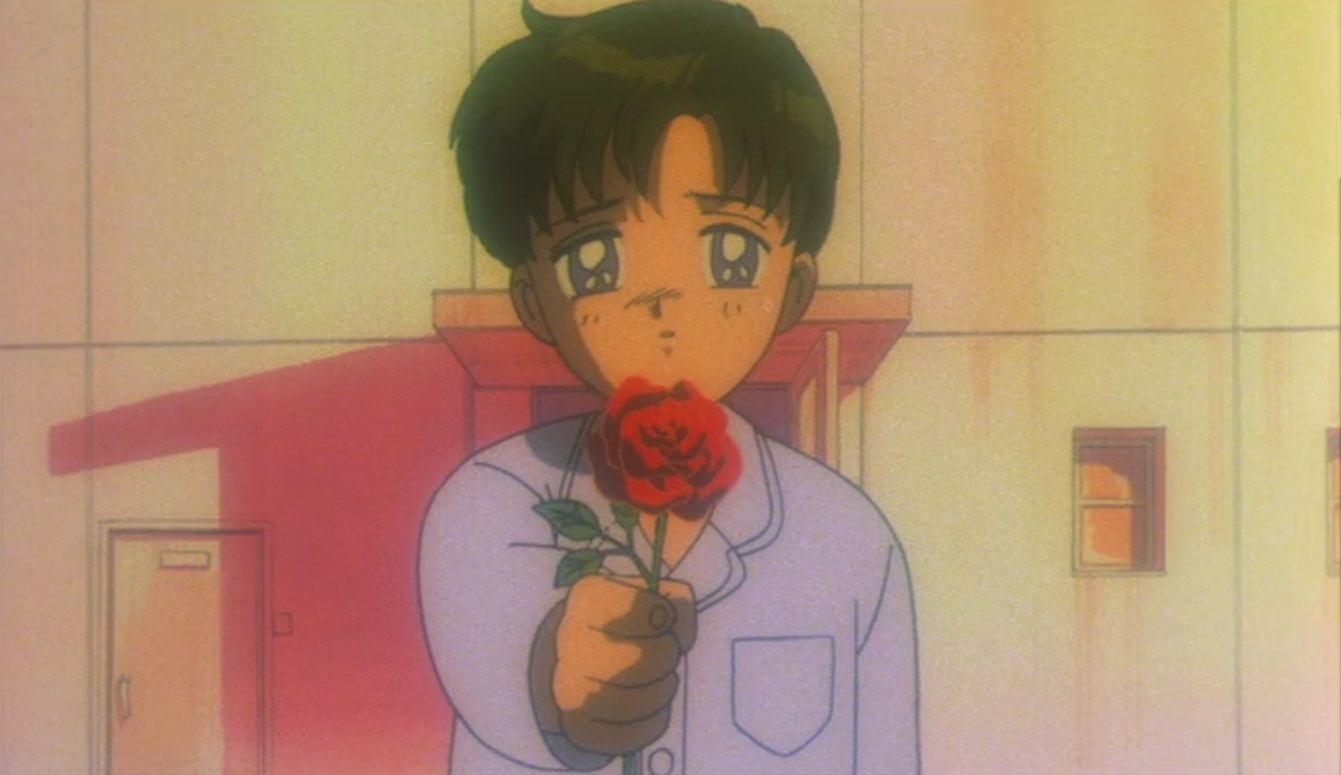 So, there you have it! What do you think? Does it make more sense that Usagi and Mamoru actually did meet on that one fateful day in the hospital, and that Usagi did give him a rose, which was to alter signify his role as Tuxedo Mask in addition to binding Usagi, him, and Fiore together? Or was this Usagi simply a vision, answering the calls of Mamoru’s lonely heart?

I could actually make a pretty good counter-point to debunk my own theory, but I’d actually love to hear what other people think. If you’re really interested in the counter-argument, let me know and I’ll reply in the comments when I have some time. Either way, it’s definitely interesting!

13 thoughts on “Did Mamoru Meet Usagi In the Hospital As a Child?”