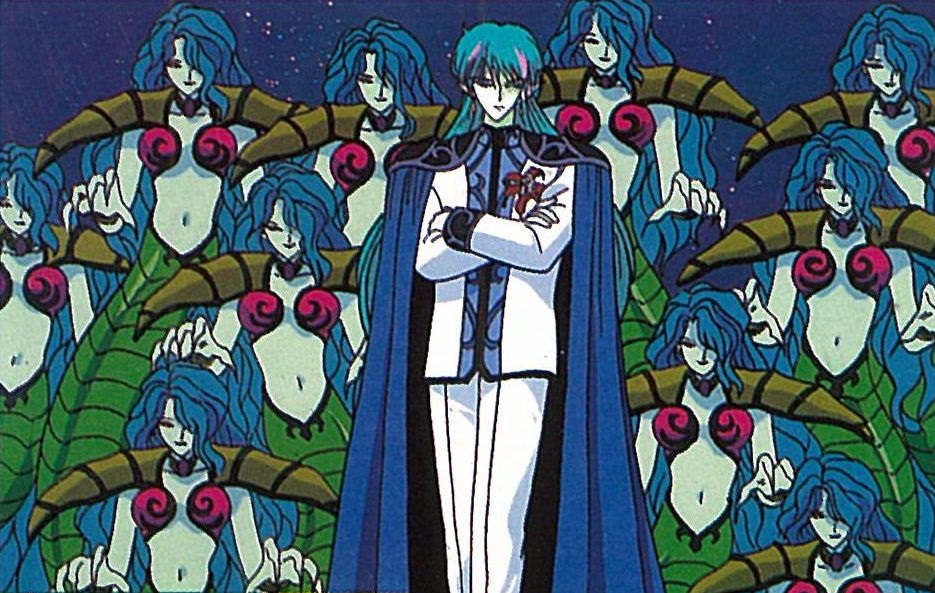 Fiore and his flower minions

After finishing the first half of my review of Ikuhara’s director’s notes for the Sailor Moon R movie, I have to admit that I feel like I have a bit of a better understanding of what story he intended to tell.

And you know, I think I like the movie even more. Knowing that there’s actual meaning behind scenes I just glossed over adds a new depth to the movie for me, and it’s definitely moved up on my “to watch” list.

That said, join me as I continue on with Director Ikuhara’s notes for chapters 11 through 16! 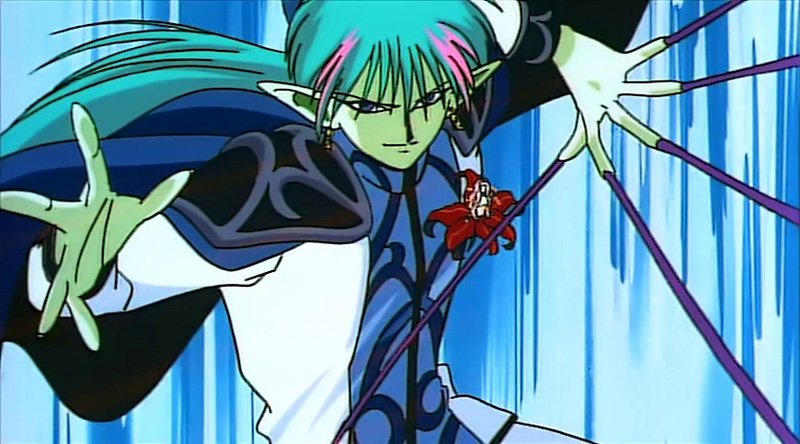 Fiore – not a nice guy

11. The flower of Xenian and Fiore

Here Ikuhara goes into a description behind his inspiration in creating Fiore and what type of character he wanted to depict on screen.

I’ll be the first to admit – I’ve never really been much of a fan of Fiore. It’s not that he’s a bad character per se, but more that I just never really understood his motivation. Okay, so Mamoru used to be your friend. Now he’s not. So what?

Of course, there’s also the popular “Fiore is gay, in love with Mamoru, and hates Usagi for taking his man away” interpretation. While I’ve never seen anyone go on record and comment on it either way – and Ikuhara is mum on the matter here as well –  that’s honestly the only way that this story even begins to make any form of sense to me. But I digress.

So what does Ikuhara say on the matter of Fiore?

Interestingly enough, he describes Fiore in terms of a child growing up to become an adult.

When you’re a child, you’re constantly feeling a sense of uncertainty that, as you become an adult, you’ll slowly begin to lose your innocence – your purity.1 Children have a sense of absoluteness about the world: lying is wrong, telling the truth is right; promises should never be broken; you should always do what’s right. Basically, children are idealists.

Read also:  Does Naru Know That Usagi Is Sailor Moon?

But the only way for children to grow up and push forward with their ideal world, they need a great deal of power. In Fiore’s case, he takes Xenian’s power with him back to Earth in order to bring about his idealized world. Where promises – such as Mamoru’s promise to be friends forever – are never broken.

Here, Ikuhara discusses how many times people kept coming to him to make the movie more fun, more lighthearted. It was a movie about a show for kids, after all.

He comments here that he actually did try to make a fun movie, and the stress of trying to keep it “fun” even started to get to mess with his head.

Ikuhara gives us further insight in how he viewed the movie here, in discussing how he actually included three sanatoriums2 in this movie – the capsule that Mamoru finds himself in to be healed after the battle with Fiore (which Ikuhara describes as “womb-like”); the hospital where Mamoru and Fiore were recovering and began their friendship; and the asteroid where Xenian was locked away and healed Fiore’s emotional scars. 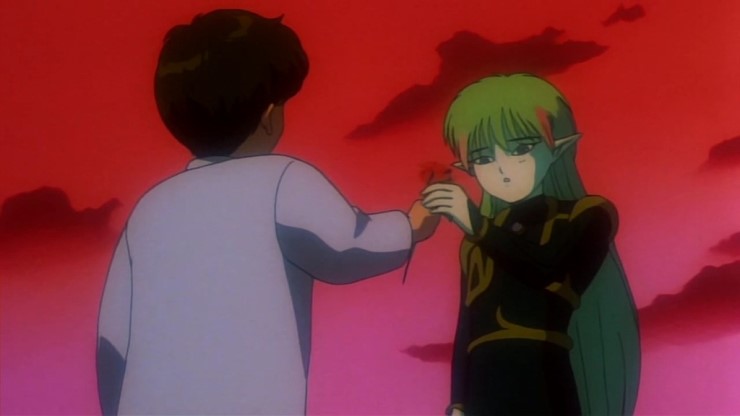 If only Mamoru knew…

Here, Ikuhara goes into how the true enemy of this movie isn’t Xenian, but rather Fiore’s weak will being manipulated by Xenian. While I’m not necessarily sure that I agree that by virtue of the fact that he’s the one who got this ball rolling that he’s necessarily worse than Xenian herself, it is an interesting idea. He also does go on to describe Xenian being created as a “true evil” entity.

In contrast to Fiore, whose strings are being pulled by Xenian, the Sailor Team shows their strength of will here by making their own decision and coming together to do the Sailor Teleport.

We find out from Ikuhara here more about his intended symbolism behind the asteroid as it approaches the earth. Once it opens up, we find that the asteroid is actually a huge garden of Xenian flowers.

He will prove this at all costs, even if he has to fight those who say otherwise. 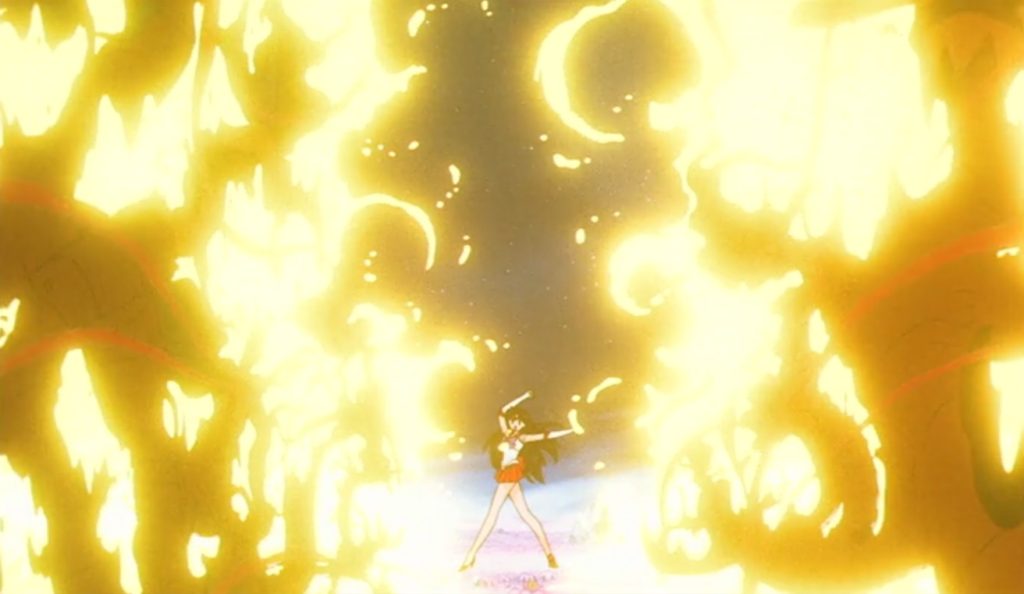 Sailor Mars lets them have it

16. Fierce fighting in the flower maze

Apparently Ikuhara has a really hard time with the scene of the Sailor Soldiers fighting through the swarms of Xenian flowers. This wasn’t just that he had a hard time with it himself, but also from the comments he got from others working on the movie.

He goes on to say that the animators did an amazing job of the fight scene and, when combined with the music and sound effects, brought about a great feeling of catharsis.3

The problem with the scene – according to others – is that it was far too cruel to be showing this level of violence to kids, even if they’re only fighting flower monsters.

But Ikuhara saw it totally differently. In his opinion, the world needs people – heroes – like that, who will throw themselves into the battle and incinerate their enemies, even if they are beautiful flowers. At the end of the day, he insists that though this exchange between the Sailor Soldiers and Xenian is a battle scene, he wouldn’t consider it a scene of violence. 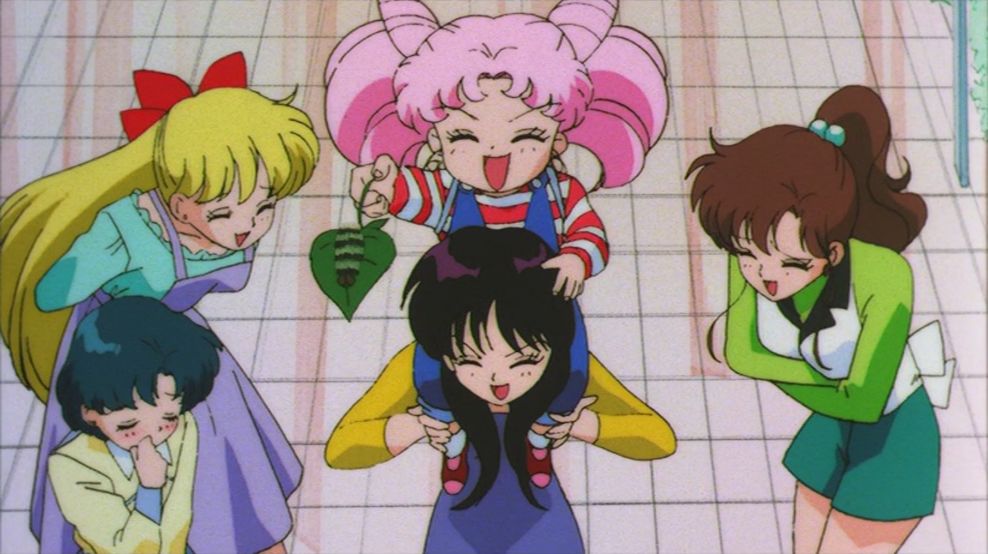 … because every article needs to end with a laugh?

Aaaand, that’s it for part two! I was really hoping to get through all of these, but I’d rather give each of these scenes the time they deserve rather than rush through it just to meet a deadline. Read on here for Part 3!

While you’re here, though – what do you think of Fiore and his motivation? Is it purely jealousy over a romantic partner? Or fixation on a childhood friend?

8 thoughts on “What Were Ikuhara’s Inspirations for the Sailor Moon R Movie? (Part 2)”