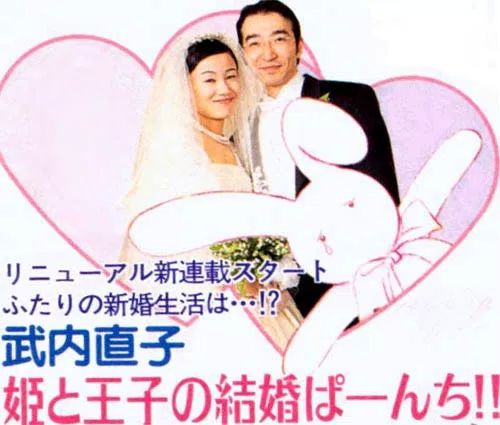 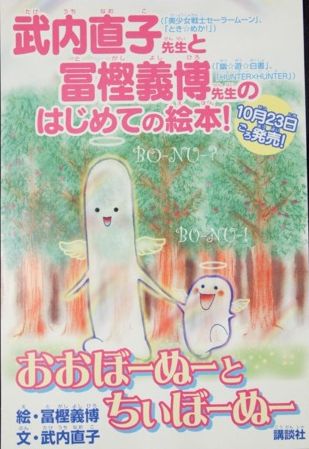 Obonu and Chibonu, a picture book written by Naoko and illustrated by her husband

It’s probably worth noting right up front that, while Ms. Takeuchi has always been pretty generous with her time and proactive in reaching out to fans, such as by answering fan comments sent to Nakayoshi magazine and talking about the gifts and letters she received in her author’s notes in the original editions of the manga, she is still a rather private person.

Neither she nor her husband, acclaimed manga artist and author or Yu Yu Hakusho and Hunter x Hunter Yoshihiro Togashi,1 have ever provided specifics on their children, other than the fact that they have a son and a daughter. This actually is actually pretty common among celebrities in Japan (i.e., never giving out kids’ names, etc.) and, in the internet age, is becoming more common elsewhere as well. The media also tends to respect that as well, so shy of a huge scandal, it’s very rare to actually run across actual details.

Not that we need any specific information, but I figured I’d answer your question in advance as to why you don’t ever see any solid information on her family and her life.

So now that we just talked about how tight-lipped and secretive Ms. Takeuchi is, it’s worth asking what do we know, and how? 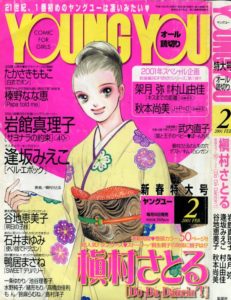 The rest of what we know about Naoko’s trials, tribulations, and misadventures in the early days of her marriage and child-rearing from from her “… Punch!” series of comic essays, ranging from multi-page stories to four-panel comics, generally carried monthly from 1998 to 2004 in Shueisha’s Young You magazine,4 a so-called “ladies comic” aimed at young women in their late teens to early 20s. Every comic title ends in the word “… Punch!“5

Stories ranged from personal stories about her married life (in one comic, she talks about going to Egypt with her husband shortly after getting married and sneaking a camera into one of the tombs – strictly forbidden – and taking photos), her career (Naoko lets loose on the drama that happened with her publishers to make her quit PQ Angels), the making of Sailor Moon (this is where many of the stories in the back of the 2003 manga re-release come from!), and most importantly, her life as a mother.

Basically, she’s a private person who tells all. Makes sense!

When I learned that one of her early stories covered her experience with the birth of her son,6 I was pretty excited.

The story starts out with Child-Rearing Punch!, wherein Naoko covers her first month as a mother. 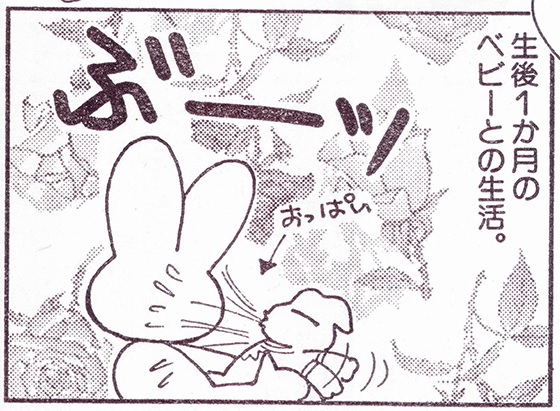 This is what my life is like with my one-month-old baby. 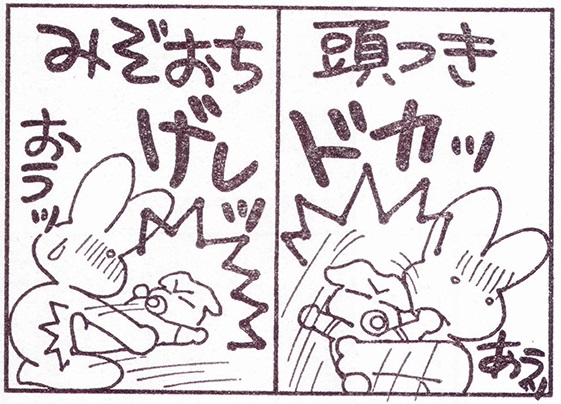 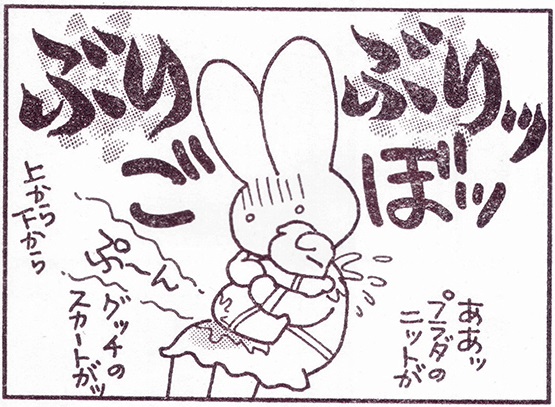 Waaaah!
Bleeeegh
Naoko: Noo, not on my Prada sweater!
Squuuuirt
(coming from both ends)
Naoko: My Gucci skirt! 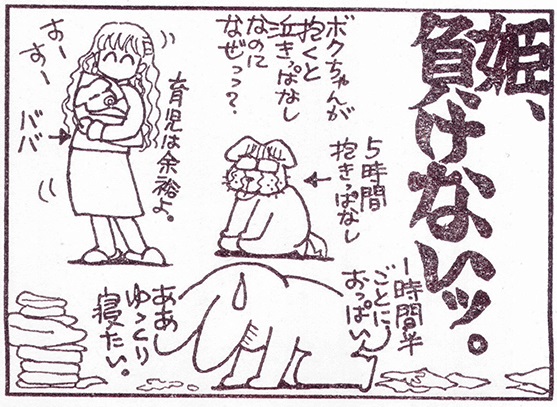 Hang in there Princess [Naoko’s nickname for herself]
Yoshihiro: Why does he cry nonstop when I hold him??
(held him for 5-hours straight)
(baby wants milk every hour-and-a-half)
Snooore
Grandma
(doesn’t break a sweat being with kids)
Naoko: I just want to sleeeep.

So with that kind of feel-good story, I’m sure you can imagine my surprise when I saw the title of the next comic:

In this story, Ms. Takeuchi outlines how, prior to the birth of her son, they lost their first child. Oddly enough, she keeps a fairly light (???) tone throughout the comic, drawing the characters in a comical fashion and making commentary on the absurdity of the things and people around her.

Upon noticing something was wrong and getting seen by a doctor, Naoko was hospitalized and had to undergo surgery for an emergency abortion. Even here she jokes about how her mother and father couldn’t come to the hospital because they were going to an onsen that day, and when her mother finally did arrive, she went out for sushi with Yoshihiro, leaving Naoko behind. 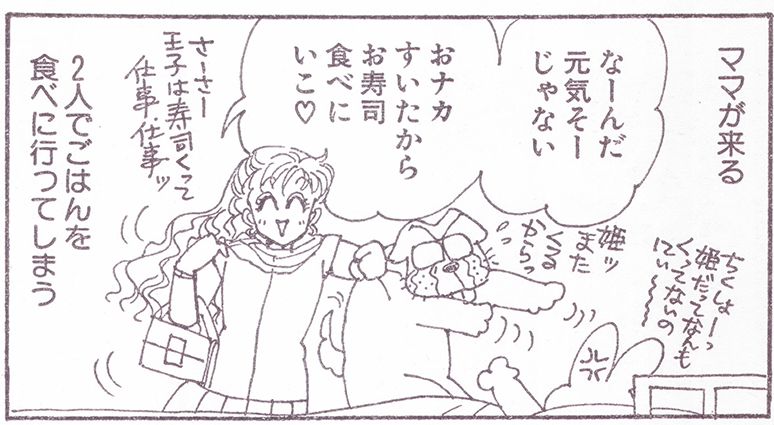 The story ends with Naoko talking about how she found a copy of her favorite childhood manga, Candy Candy,7 in the visiting room and how she found comfort in being able to read it again. The manga was carried by Nakayoshi as well back in the 1970s and was even adapted into an anime by Toei, much like Ms. Takeuchi’s series would be.

Honestly, I don’t know what to make of this. When I first heard the story and read the text on page, it all sounds so traumatizing and heartbreaking to know that an author I’ve respected so much had to go through so much suffering. And yet, when you look at the images on the page and the way she tells the story, it reads like a comedy. 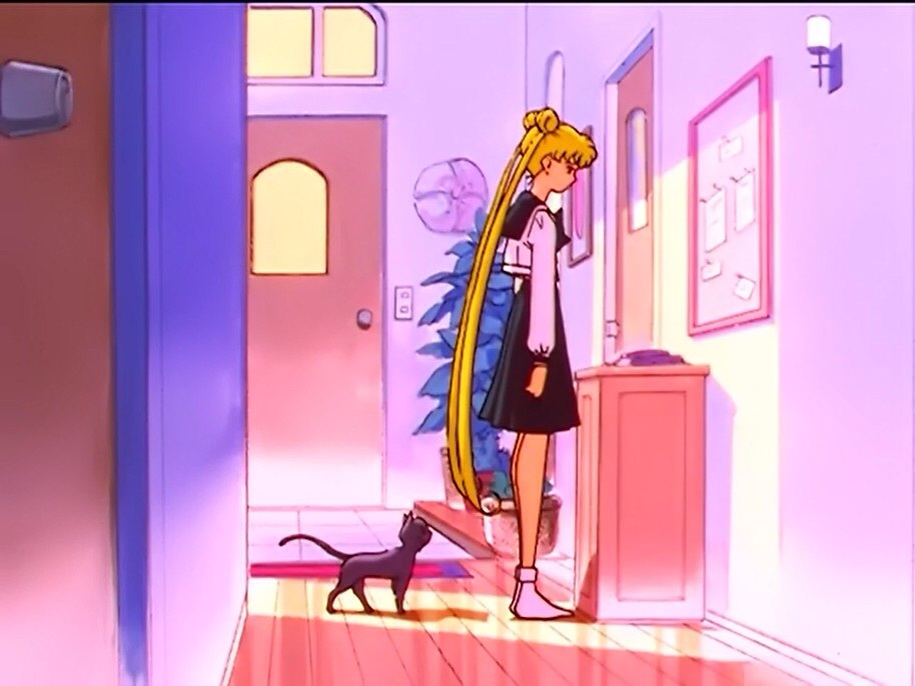 I thought I should put a picture, so… Usagi in a hallway

This could also just be a case of “laughter is the best medicine.” After all, when their son was later born, Ms. Takeuchi also did an issue on the difficult birth they had, and how she was hospitalized for a whole month after the whole experience. Throughout that same issue, it carries with it this same comedic touch.

Usually I try to end articles on a question, but there’s simply no question that comes to mind that’s appropriate for this situation. All the same, I’d love to hear your thoughts!

13 thoughts on “What Struggles Did Naoko Takeuchi Face in Becoming a Mother?”