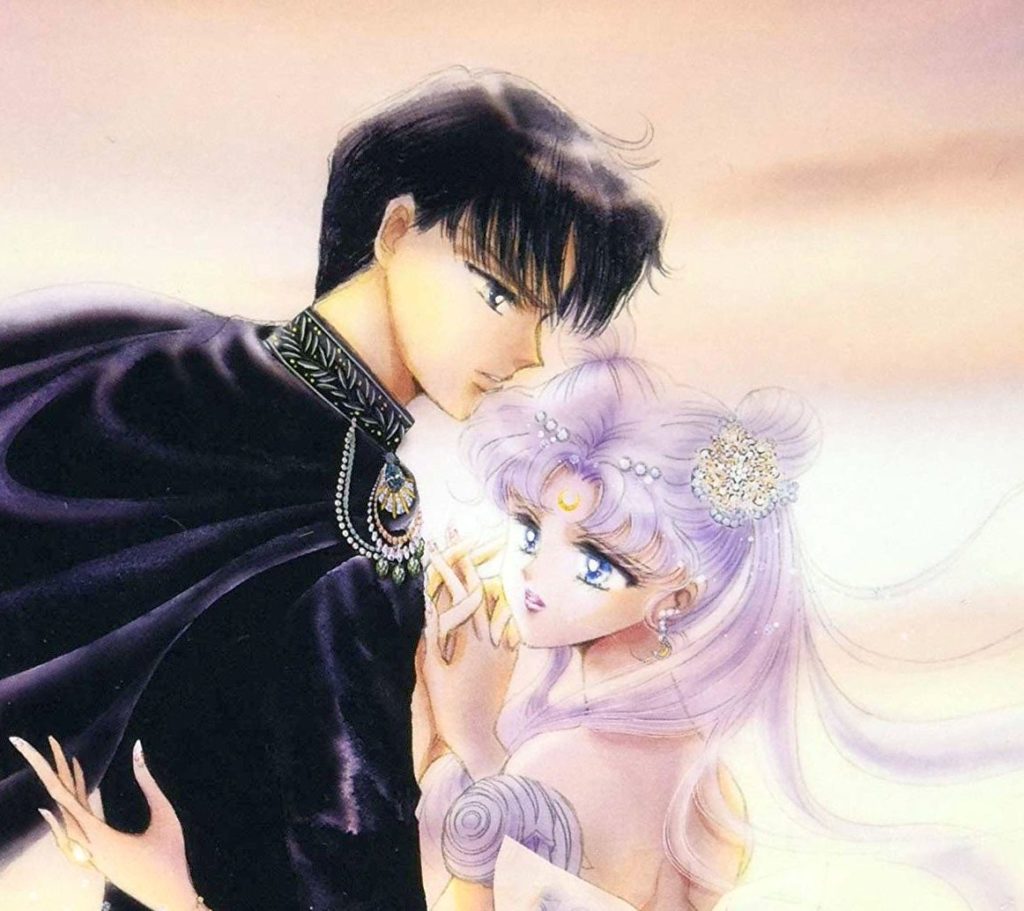 If you haven’t read part 1 yet, check it out here! 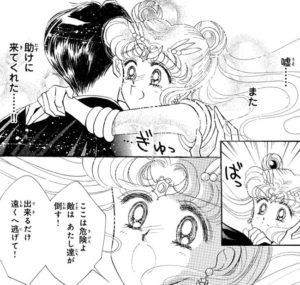 “It’s too dangerous here. I’ll take care of the enemies, just get yourself to safety!”

To commemorate the digital release of the series, I was hoping to go through some of the more memorable scenes in the series, starting with the first story arc. A series of “vignettes of love,” if you will.

In the first story arc, Usagi awakens as Sailor Moon, is joined by her friends, and puts her life on the line in combat. I’m sure this scene left quite an impression on a lot of readers.

Back in the day I had always thought that this was a pretty good scene. However, looking back on it now, I think that this scene was pretty ground-breaking in how it turned the trope of a man saving a woman on its head, putting on display the change in times where women can lead the way for men.

Right around that time people were starting to be more aware of laws surrounding equal employment opportunities for men and women, so maybe the manga was reflecting societal trends at that time.

Even still, I’d say it was a pretty revolutionary scene.

Though strong female characters are pretty common nowadays, it was pretty rare to see a character like that in a shojo manga back in the 90s. I think what really made that scene stand out was the fact that Usagi, a crybaby who hated fighting, just said it so naturally.

Usagi is, in some ways, an alter-ego for Ms. Takeuchi, so I suspect that she may have experienced a moment like this herself. Right here in this scene, you can see a change happening from within Usagi, and I think it also was a changing point for Ms. Takeuchi in her depiction of the Sailor Moon story. 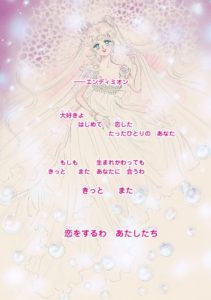 “My beloved Endymion, you’re the first and only one I’ve ever loved. Even if we were to be reborn, I know we’ll meet again. Love awaits us once more.”

I always found the distance between Usagi and Mamoru—the idea of being drawn to a very person who you knew you shouldn’t have feelings for—to be exciting. I imagine there must be many fans who were deeply moved by the poem-like monologue Ms. Takeuchi added to the beginning of Act 13.

Color art had to be submitted two weeks before the monochrome pages, so Ms. Takeuchi actually had to submit the colored works with the text added to it before Act 13’s story was fully fleshed out. I remember her being pretty worried as she sent it off over having to commit to that monologue while the story was still in flux.

It’s hard to believe considering how perfectly the story flowed together. Do you have any other particularly memorable stories from around this time?

Ms. Takeuchi was trying out a lot of different styles around this time, such as using watered-down ink on colored paper and the like. For example, on the page where Usagi first announces that she’s Sailor Moon, the background is made up of pieces of lace painted over with diluted ink.

In order to make sure the look of the ink came out accurately, we used offset printing for that scene rather than the standard printing techniques. She was also really intent on how she applied her tones, even doubling them up, which took up a lot of time. (laugh) Looking back on it now, though, the manga truly is beautiful. 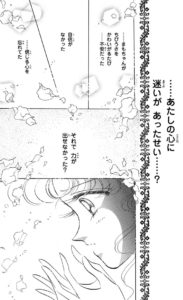 “Every time I saw Mamoru fawn over ChibiUsa, I felt so… uncertain, I lost confidence in myself. Was my lack of confidence the reason why I couldn’t use my power? I, the future Neo Queen Serenity, will protect the people of Earth.”

During the 2016 Sailor Moon Exhibition, I was surprised to see that there were hardly any edits to the original artwork that was on display.

Moving on to the second story arc, I’d like to focus on the dialogue regarding Usagi’s jealousy over ChibiUsa.

Around that time, Ms. Takeuchi’s pen was really flying and she was letting her creativity run wild.

ChibiUsa was incredibly popular right around then and Sailor Moon had fully entrenched itself as a cultural phenomenon. In Nakayoshi’s character popularity poll, we received around 200,000 postcards. Considering that each postcard contained votes for up to five characters, there were around 1 million votes. I was thinking that this was almost on the scale of the Tokyo gubernatorial election. (laugh) ChibiUsa’s popularity was such that she even edged out Sailor Moon.

Editor’s comment: I actually had to check this for myself. Sure enough, what he says is true, ChibiUsa (76,214) edged out Sailor Moon (70,965) in total votes in the 1994 Nakayoshi character popularity poll. Though these are the official numbers, I think it’s a bit of an unfair comparison since Usagi (38,265) is considered a separate character from Sailor Moon — something which may not have been apparent to fans when they were sending in their votes.

Wow, she really took off.

Nakayoshi was traditionally popular among those in the fifth and sixth grade. Once the anime launched, that spread to even younger age groups, so her young age probably appealed to them.

As an aside, we ran another popularity poll as a part of the 20th anniversary project and found that in addition to Usagi returning to her number one spot, Black Lady ranked higher than ChibiUsa.

Second place went to Queen Serenity and third to Black Lady. Now that everyone had grown up and gained more life experience, I imaged that they can now associate with how even a villain like herself must have been feeling.

In fact, at last year’s Usagi / ChibiUsa birthday event, a fan came up to tell me she realized that her life more closely resembled Queen Beryl’s than Usagi’s. It was quite a shock.

I think it’s quite interesting how adults can pick the manga up again after such a long time and see this kind of change. 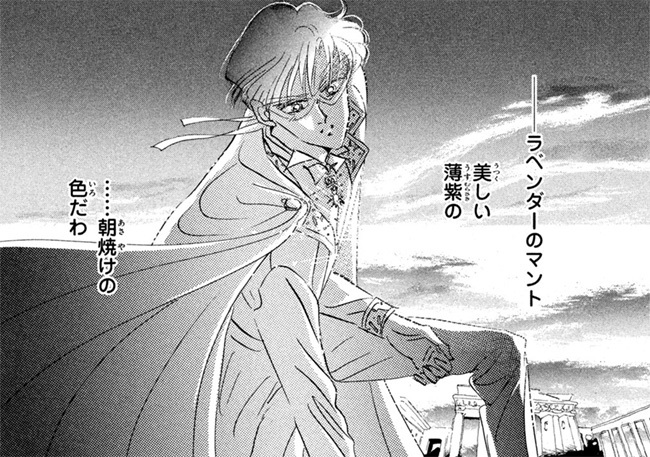 “Your lavender cape… what a beautiful shade of purple. Like the sky shortly after dawn.”

Sailor Pluto, the first member of the Outer Senshi, is the newest character to appear in the series in the second story arc. During the scene where she’s dying after using her forbidden power, she reveals her feelings for King Endymion that she’d kept locked away. Was this planned from the beginning?

I don’t think it was always planned that way, but as the story progressed, that’s just kind of how it ended up working out. I often hear that this scene brings a lot of audience members to tears in the musicals.

The first story arc covered the past, and the second the future. It was kind of like the Dawn and Future arcs of Phoenix.2 But that also meant that we really didn’t have anywhere to go from there. (laugh)

So putting together the third story arc was quite a challenge?

Well, hold up for a minute. Weaving Uranus, Neptune, and Saturn—the so-called Outer Senshi—into the story was part of the plan from around the end of the first story arc.

Editor’s comment: I personally have serious doubts about this, especially when you consider that the developers of the Sailor Moon: Another Story game have commented that they had little information regarding Sailor Uranus and Sailor Neptune to go off of when they started development. Though I guess what he said could be true if you read it to mean that Ms. Takeuchi had planned to have Sailor Senshi with those names, but knew nothing about them yet or how to implement them into the story. Otherwise, all the inconsistencies surrounding Sailor Pluto make this a bit hard to swallow.

Since Ms. Takeuchi had revealed Pluto, the furthest-known planet in the solar system at that time, in the second story arc, this got fans thinking that there must be other Senshi out there as well. Some even thought up designs for the yet-announced Senshi and sent in their own drawings. 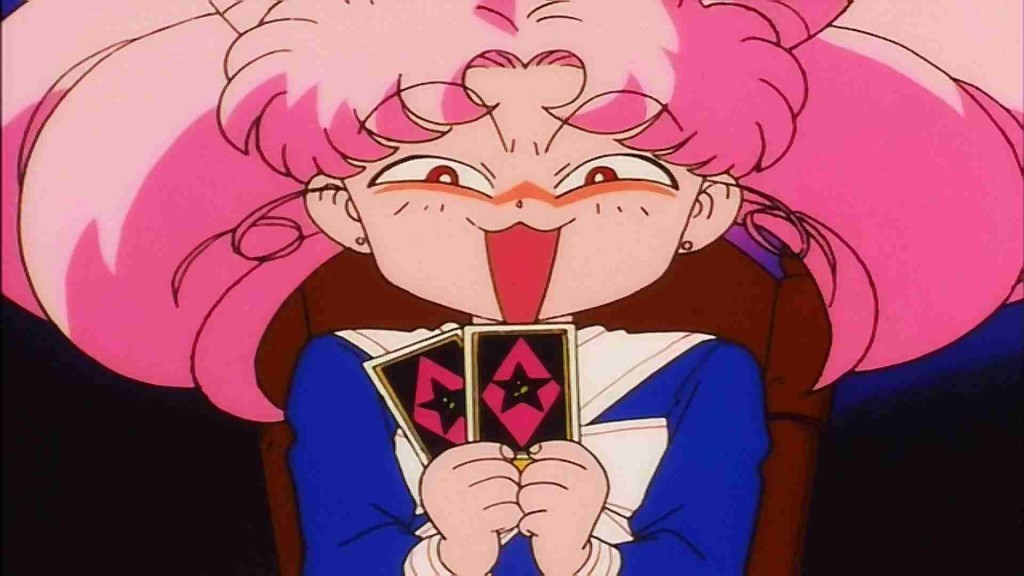 And that, dear readers, ends Part 2 of Osano’s epic behind-the-scenes interview on the making of the Sailor Moon manga! There’s still about two or three more parts to go, so I hope you stick around!

It actually gets even more interesting from here when he discusses the nature of Haruka and Michiru’s relationship and the implications the series’ fans and even Japanese society at large!