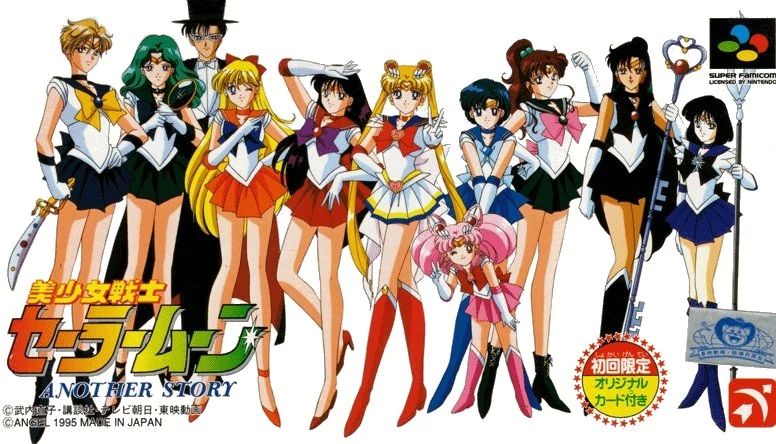 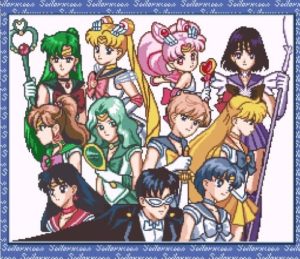 [Note: This translation is edited a bit for clarity and comes from an interview in a strategy guide written for the Super Famicom RPG, Pretty Soldier Sailor Moon: Another Story. You can find the Japanese interview here: Page 83, Page 84, and Page 85.]1

There Were Many Stumbling Blocks – Development Secrets

Today we’ll talk with the game’s producer, director, and planner about some of the secrets behind this game’s long development.

Yuno (Producer): The planning started two years ago, so it was probably pretty reckless to think about doing an original story about a manga with an unsure future. This led to a lot of trouble later. (laugh) Take Saturn, as an extreme example. We hadn’t seen the end of “S” yet when we were making the game.

Miyazawa (Director): I was surprised to see that ChibiUsa became Super in the manga. We weren’t sure what to do. The return of Mugen Gakuen was itself a plan of sheer desperation. We developed the game with the plan that Mugen Gakuen would still be around. In order to have the story make sense, we added in some NPCs. If they weren’t there to explain, it’d be look pretty bad. The game may have been named “Another Story,” but that didn’t mean that we could just do whatever we wanted.

Ikegaya (Planner): We had started development when Haruka and Michiru were still only silhouettes in the manga. We received some design documents from Ms. Takeuchi, but it’s hard to get a feel for their personality if you can’t see any movement. So we just had to make do.

Yuno: Since the depictions of the Sailor Soldiers are pretty well set through the movies and otherwise, we decided to put emphasis on the personalities and depictions of the enemies. In the future, all of humanity is granted a long life, thanks to the Silver Crystal. All little girls want to be Sailor Soldiers, but that’s simply not possible. The Oppositio Soldiers are what comes out when that admiration is inverted.

On the other end of the spectrum, you have ChibiUsa and Anshar, sort of a Romeo and Juliet. Anshar likes ChibiUsa, but his social status gets in the way and that love is not to be. The flashbacks from the Oppositio Soldiers is a core part of this game’s story. Like the scene where everything is destroyed in their past lives right before their eyes, and there’s nothing they can do.

Ikegaya: I was the one who wanted to bring some attention to Shingo. It was great to have a brother and sister, but his TV appearances have dropped off. Siblings have an even longer relationship than parents and children, too. Come to think of it, Kenji’s gone entirely! (laugh)

Miyazawa: That reminds me of the scene in the Dark Palace between Shingo and Sin, talking about love for one’s siblings. That was a great scene. She was nice to him, even if only for the fact that he’s also a younger brother.

Yuno: We started work on this game before settling on a theme, but right off the bat, Osano from Nakayoshi’s editing group said that he wanted the story to have each of the characters off on their own adventure.

Miyazawa: In the beginning, we thought about having battles take place directly on the field map, in a top-down, angled quarter view. Unfortunately, it didn’t work out.

Yuno: Since this is a character-based game, it just wouldn’t work out to look at the characters’ backs on the battle screen. 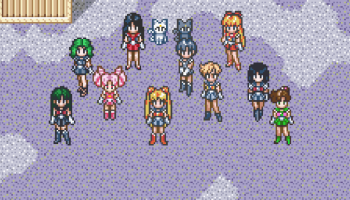 Miyazawa: But you know, we had ten playable characters. That’s a ton! Having ten characters come together in a scene and each talk, that’s simply not done in other RPGs. We may have been the first. It was a real challenge to get all ten into a scene. We also had to take the characters’ relationships into account too, so we had Osano check all their positions.

One time I left to go buy something and when I got back to the office, all of the characters’s positions had changed. (laugh) We also added an angle to the battle screen so you could see the characters better. The formations were also born for the same reason – to make the characters easier to see.

Yuno: We took the special attacks from our battle games and other previous titles. This is something of a compilation of the other Super Famicom games we’ve made so far, I guess. Some of the original enemies from our first game also make an appearance. The music is also selected from our previous titles.

Miyazawa: Once the production of the Sailor Moon S movie was decided, we left some empty space in the enemy data for the enemies of the movie and waited. The kompeito2 is also borrowed from the movie. But we had a really hard time with the items, since they needed to feel like they were from Sailor Moon. 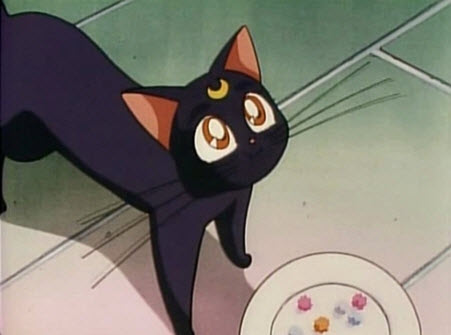 Luna and her konpeito

Yuno: Since it’s set in modern times, it needed to feel like something from your day-to-day life. Like, letters are delivered if you put them in the mailbox, and you can buy things from vending machines. I wanted to do stuff like that.

Ikegaya: We also had to do away with some places like theme parks, where a bunch of people would come together.

Yuno: We decided on accessories pretty late in development. I also thought up the idea of having them each make use of their guardian stones. The guardian stones appeared in this game, right? Having accessories in the place of weapons/armor and discovering link techniques in the place of leveling up your techniques makes it pretty similar to normal RPGs.

Miyazawa: We were particular about the voices, specifically the line “I beg you, Silver Crystal!”. I really wanted to have Moonlight Destiny play.

Yuno: This Moonlight Destiny is a symphonic version. Speaking of, Saturn’s voice was really clear. Ms. Minaguchi’s voice must be particularly well-suited for PCM, I guess?

Miyazawa: That must be it. Speaking of which, it’s worth powering up Saturn. If you put her in the middle of the cluster formation, she becomes incredibly powerful. And though Mercury may look weak, her Shabon Spray will lower an enemy’s attack power by half.

Yuno: This story is made up of an all-star cast from all the way through Sailor Moon S. I can only imagine a sequel would be really tough. (laugh) I hope to hear from all the players out there what they thought of the game. 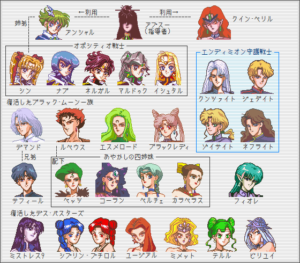 So there you have it, a few interesting behind-the-scenes stories about the development of the first – and only! – Sailor Moon RPG.

Honestly, I’ve only played through the game once, and that was about 7 years ago. I’ve been meaning to play it again, and in Japanese this time, so having a chance to read through this has really piqued my interest. Have you had a chance to play it? What did you think of the mishmash between the anime and manga source materials?

22 thoughts on “What Challenges Were Faced In Developing Sailor Moon: Another Story?”