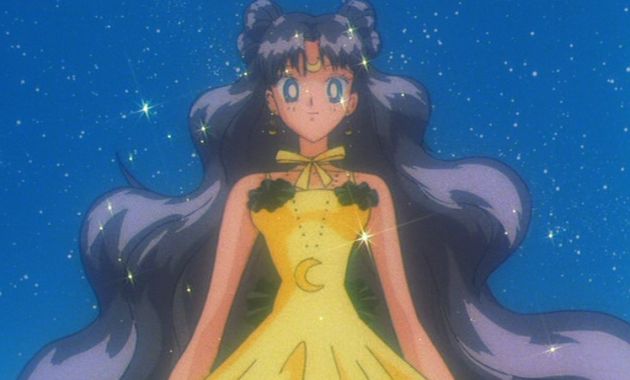 The nice thing about writing a blog covering a series that went off the air over 20 years ago is that it’s not like there’s any chance that I’m going to be spoiling the story for anyone. Even with the recent U.S. screenings of the Sailor Moon movies, I’d be willing to bet that the majority of those in the audience had already seen the movie, or at least knew what it was about.

So with that said, I really don’t feel too bad about dissecting story of the Sailor Moon S movie, or peeling back the layers to take a deeper look at the Japanese folktale Ms. Takeuchi based her story on.

If you’ve ever stayed up late at night wondering who the heck Princess Kaguya is, this one’s for you! 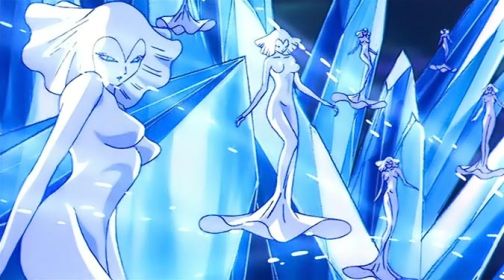 These are Snow Dancers… definitely not Kaguya

Between the pun-derful monsters of the day  and the surprisingly deep references behind major Sailor Moon villains, names are a pretty big deal in the Sailor Moon universe. And, unsurprisingly, that continues to ring true in the second movie in the series.

Since we’ve got a lot to go through today, let’s just get the easy stuff out of the way first: the Sailor Moon S movie is based very loosely on the Japanese folktale known as The Tale of the Bamboo Cutter — though it’s perhaps better known by its other name, The Tale of Princess Kaguya.1

This story, dating back to the 10th century, is about an old bamboo cutter who finds a baby girl inside a shining stalk of bamboo. Like we’d all do in the same situation, he decides to take her home and raise her with his wife, and they two name her Kaguya-hime (Princess Kaguya).

The Tale of the Bamboo Cutter

Kaguya, it seems, possesses magical powers and gold nuggets start to appear in every bamboo stalk the old man cuts down. The family grows wealthy, and Kaguya grows into a stunningly beautiful young woman. Which, of course, means that something bad is about to happen.

Long story short, a lot of princes tried to marry her — she said no. The Emperor of Japan tried to marry her, she said no. Finally, we learn that she’s actually from the Moon and that she had only been sent down to the Earth for a short while as punishment for having broken some law of the Moon, and it’s about time that she returns. An envoy from the Moon comes, they take her home against many objections, people cry, and life goes on. The end.

If this all sounds very familiar to you, that may be because you’ve already seen Studio Ghibli’s adaptation (or any of the other 50+ lower budget versions) of this story creatively titled The Tale of the Princess Kaguya.2 And if you haven’t seen it, you should. 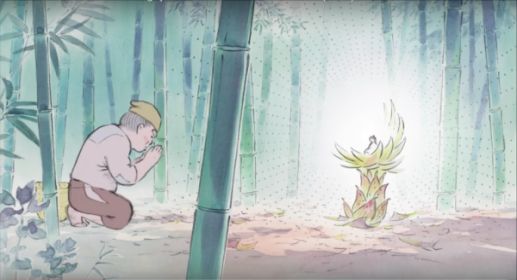 Studio Ghibli’s The Tale of the Princess Kaguya

So who is the real Kaguya?

If fairy tales are to be believed — and why shouldn’t they! — Kaguya is essentially a denizen of the Moon. Though she has “princess” in her name, nothing I’ve read seems to imply that she is actually a princess on the Moon, and if she were, she was probably not the princess. Especially considering that they just banished her to Earth for awhile as punishment for breaking Moon Law.3 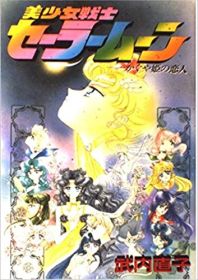 Princess Snow Kaguya — the movie’s villain — is the obvious pick for our Kaguya reference, but I’m not so sure about that. Since the villain actually plays a relatively minor role in this film, and doesn’t really have anything to do with Kaguya other than her name, I think we can leave her out of the discussion.

Another strong theory is that Kakeru’s Kaguya is actually Luna. You know, person from the Moon that is discovered in an unexpected form (bamboo, cat… practically the same thing!), quickly becomes a beautiful young woman, but her time on Earth (= as a human) is short-lived.

Interesting though this may be, and certainly a compelling interpretation, I don’t exactly think it’s quite what Director Shibata or Ms. Takeuchi had in mind. In fact, I think that our real “Princess Kaguya” is much more obvious, though hidden in plain sight.

The hint for who (I believe) the “real” Kaguya is can be found in the title of the manga version, Princess Kaguya’s Lover.4 Though Luna is in love with Kakeru, the feeling is hardly mutual and it’s more of an infatuation than anything else. His actual lover, which Luna ultimately learns to accept, is Himeko Nayotake, an up-and-coming astronaut who’s about to be the youngest woman — person! — in space at the age of 22.

Her name, when written in  Japanese, is spelled 名夜竹姫子 (Nayotake, Himeko). Incidentally, in the aforementioned folktale, the old bamboo cutter gave the young girl he found in the woods the name なよ竹かぐや姫 (Nayotake Kaguya-hime),5 meaning “Kaguya-hime, of the graceful, glowing bamboo.” 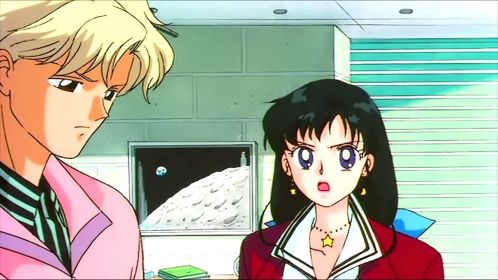 When taken in context of the fact that Himeko and Kaguya have practically identical names (chopping out the “Kaguya” part and adding -ko at the end) and that the story strongly features the relationship between Kakeru and Himeko, I’d say that this makes her our best bet for who the real Kaguya is in the Sailor Moon S movie.

Of course, that’s just my take on the situation. What’s yours? Was I too quick to dismiss Luna from this whole thing, considering she plays a major role in the movie? Or do you think that Princess Snow Kaguya had more going for her than I gave her credit? I’d love to hear your thoughts!

5 thoughts on “Who Is the Real Princess Kaguya in the Sailor Moon S Movie?”