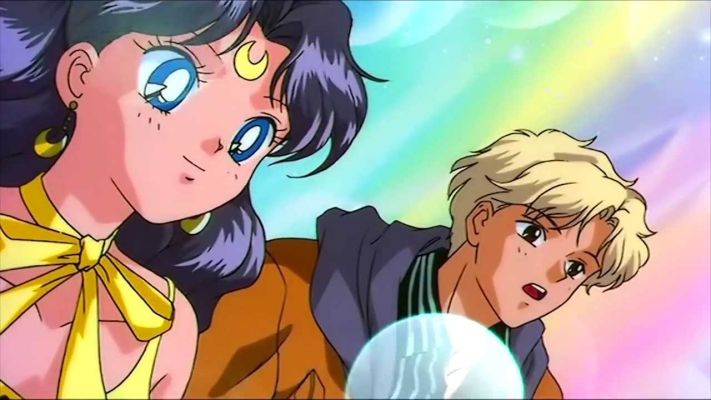 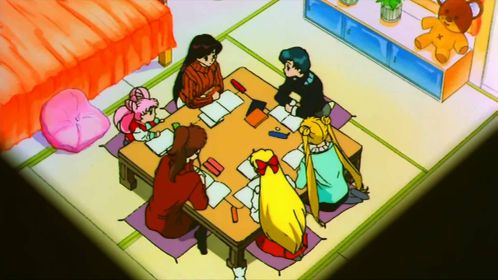 If you haven’t had a chance to read part one, now may be a good time to catch up. Don’t worry about me — I can wait.

We’ve got a lot of ground to cover this time, so we’re just going to launch straight into the director commentary!

Something strange about Luna

When the Sailor Team comes together to discuss how Luna’s been acting differently lately, Director Shibata notes that he was mindful of the fact that this scene takes place the next day, meaning that the whole cast needed to appear in different clothing.

Though I realize it’s impractical for the animation staff to constantly design new clothes for characters to wear, I really do appreciate when anime and movies go the extra mile to make it happen. I think this is one place where Sailor Moon S really did excel, as this seemingly small touch that often goes overlooked in an anime episode makes the story just a little more realistic. 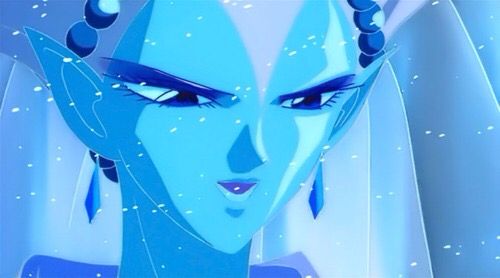 After Snow Kaguya gets her crystal back, Kakeru grows weaker and weaker with each passing moment. Upon seeing this, Luna’s motivation to become human changes from her desire to confess her love to something more selfless — she wants to be able to help save Kakeru.

In Director Shibata’s commentary on this scene, he notes that self-sacrificial love is one of the main themes of the movie. After all, he goes on to say, that’s what Sailor Moon’s use of the Silver Crystal is all about. The story of Sailor Moon revolves around the concept of love that is given, and not that which is taken.

Director Shibata mentions here that he opted to send wave after endless wave of Snow Dancers against the Sailor Team in order to convey a feeling of excitement and suspense for the movie’s battle sequence. Though as exciting as this battle may have been, he mentions that the scene where Kakeru struggles to make it to the space center to warn Himeko of the impending danger was especially powerful for him, and a scene he simply had to keep in the film. 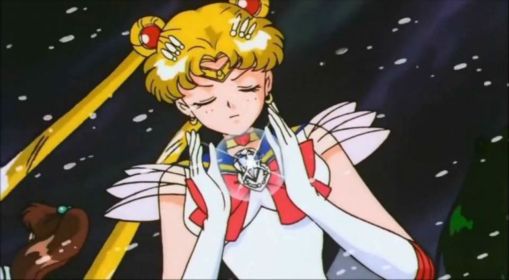 As the epic battle comes to a climax, Sailor Moon breaks out her ultimate move: Silver Crystal Power! Despite this being an anime-only (and, in fact, movie-only!) attack, according to Director Shibata, it was actually Ms. Takeuchi that named it.

Read also:  Who Is the Real Princess Kaguya in the Sailor Moon S Movie?

That being said, apparently she gave absolutely no input as to what this ability would do or any further details beyond the name, which caused him a great deal of stress during the initial planning phase for the movie. You can’t really blame the guy, either. When you’re working closely with Ms. Takeuchi on the movie, you kinda want to get these things right.

He struggled for nearly two months trying to figure out how to best get this ability across on the big screen. He wanted it to involve all of the Sailor Soldiers bringing their energy together, but wasn’t sure how to best do that. It apparently was a challenge for everyone involved, but I for one think it came out well! 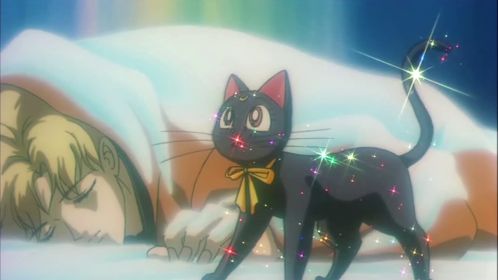 Luna transforms (and NOT into Sailor Luna!)

While the Silver Crystal Power may have been the climax of the battle, Luna’s metamorphosis from cat to human girl serves as the climax to the movie’s main story line. Director Shibata remarks that this is all thanks to the art director and music composer, who really worked hard to bring their arts together into a beautiful and emotionally moving scene.

And speaking of miracles, he goes on to mention that Filming Director Takahashi was taking anti-anxiety pills throughout the production of the movie due to the extreme work load. You can probably make a pretty good argument for how this isn’t exactly a healthy working environment… but at least taken in context, this comment from Shibata was meant to express just how hard Takahashi had worked on the movie.

A message of love

Director Shibata comments that the scene he had been most interested in doing throughout the entire production was actually the one that appeared at the very end: the scene where Luna leaves Kakeru behind, accepting that he’s in love with Himeko, and is joined by Usagi and Artemis.

While he acknowledges that a lot of people would criticize Artemis as being “weak” for how he welcomes Luna back after the way she treated him, Director Shibata contends that this is exactly what a good guy — a man truly in love — would do. No matter what happens, Artemis will always forgive and accept her for who she is… and in the end, it’s Artemis that Luna comes back to. So I guess it works! 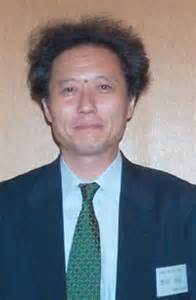 Director Shibata closes out his commentary with his thoughts on his experience making the movie, and about how the scene that nearly brought him to tears was, in fact, the ending credits. Not only is Moonlight Destiny a powerful song in its own right, but as he watched all of the names scroll past, he couldn’t help but think back on all of the face of those he worked with, of all the late nights they worked together, and about the arguments, laughs, and tears they all shared.

Though the Sailor Moon S movie isn’t exactly my favorite of the three, reading through Director Shibata’s commentary here has at least given me a newfound respect for the story that he was trying to tell.

Now that I’ve gone through director commentaries for Sailor Moon R and Sailor Moon S‘s respective movies, I really want to finish up this series with the Sailor Moon SuperS movie. Unfortunately, I haven’t been able to track down a copy of the Laser Disc quite yet. As soon as I do, though, I’ll be sure to post whatever information I can find here!

8 thoughts on “What Were Director Shibata’s Inspirations for the Sailor Moon S Movie (Part 2)?”