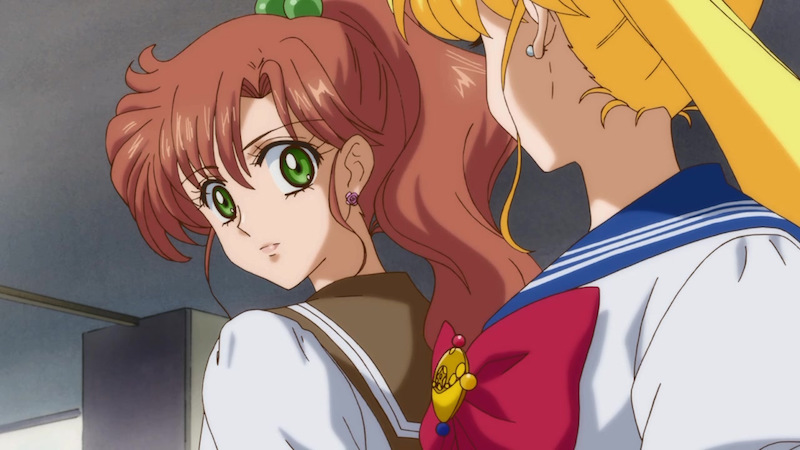 “Sooo… what brings you to Juban Junior High?” “I plead the fifth.”

Poor Makoto. Though she’s just as much an important member of the main cast of Sailor Soldiers and the rest of her pretty warriors of love and justice, she just doesn’t seem to get the screen time (or page time?) that she deserves.

The problem with this is that there are so many small details about her character introduced that we never get proper answers for. And one of those such questions is what brought her to Juban Junior High School in the first place?

Today we’ll be looking at exactly that question. I hope you join along! 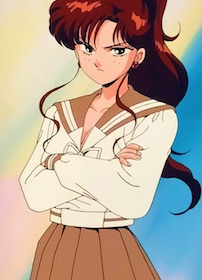 “I got in one little fight and my mom got scared…”

Much like Ami’s 300 IQ, this is an interesting issue of something that was a rumor in Sailor Moon itself, and that has spread out of the series to become a rumor among fans. It has now been around and a part of the fan community so long that we all just take it as fact.

You see, if you were to ask nearly any random Sailor Moon fan on the street that you happened to walk past — and, let’s face it, that’s actually not a common occurrence — how Makoto came to Juban Junior High School, the typical answer you’d get is that she got kicked out for fighting and came to the new school.

Alas, that’s not technically true. Though Umino does state this as the reason why Makoto has come to their school, he also states that this is just a story he’s heard.

Putting aside for a second that Umino is a lying jerk who’s spreading malicious rumors about new students, ensuring that no one will come near them and leading poor Makoto to eat lunch alone until Usagi comes on it, I suppose there is a sense of logic to his story. After all, Makoto’s style of dress is pretty similar to what female gang members dressed like at the time.

Read also:  Why Is Makoto Always Chasing After Men?

So back to the streets we go, and this time looking with a more discerning eye for a true fan of Sailor Moon. Once we find our next interviewee and ask them for their take on Makoto, the next most likely answer that you’ll get is that she was heartbroken due to her upperclassman1 turning away her advances.

Before we continue, though, I’d like to just take a moment to talk about something that annoys me. Many people refer to this as Makoto having been “broken up” with, but that may not exactly be the case. The term Makoto uses is 失恋 (shitsuren; to be heartbroken),2 which can be used across the whole spectrum, from a lover who breaks up with you on down to a crush that you confess your feelings to and they just say “Nah, sorry, not interested.” 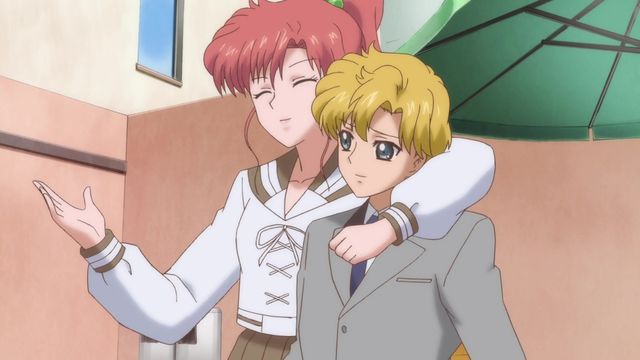 Considering how easily Makoto falls in love, I’ve always been of the mind that the thing with her upperclassman was rather that he just wasn’t interested and not that they were actually dating and he turned her away. Further supporting this is the fact that she doesn’t refer to him as her ex-boyfriend, but as her upperclassman.

But this is all neither here nor there. We’re talking about why Makoto changed schools.

Back to our well-informed Sailor Moon fan, they are mostly right. Makoto herself says in the manga that the she was heartbroken over her upperclassman and that continuing to be at that school was painful.

However… that’s not where her story stops. She then goes on to say that:3

But what made me choose to change schools was that I felt there was something I needed to do. The wind brought me here. Someone whispered to me ‘there’s something there waiting for you, something far more important than love.’

And this actually tells us two things.

First off, that Makoto was definitely not kicked out of her last school for fighting. Second, that though Makoto was troubled by being rejected (regardless of what their relationship was like prior to that rejection) by her upperclassman, that actually isn’t what made her decide to change schools.

Rather, it was the sense that there was something important waiting for her. Possibly the same voice that called out to Mamoru, beckoning him to get the Silver Crystal? Maybe it was Princess Serenity, calling Makoto to Usagi’s side to protect her.

… or maybe just Luna, hiding behind a rock. Who knows! 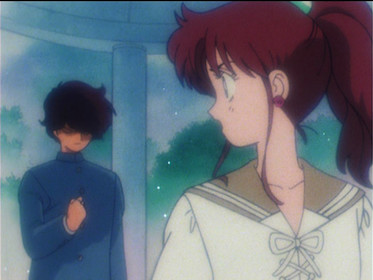 ♪ Rainy day man, on your shoulder I cry… ♪

So anyway, at least that puts this story to rest, however mundane the answer may be. But it still leaves a lot unexplained for me with regard to what her relationship was like with the unknown and unseen heartbreaker. What do you think the nature of their relationship was?

Do you think it was something deeper, that Makoto wouldn’t have reacted as strongly as she did over a simple crush? Or was this a case of unrequited love that was so strong that Makoto couldn’t bear to imagine seeing him with someone else? I’d love to know your take!

10 thoughts on “Why Did Makoto Change Schools to Juban Junior High?”