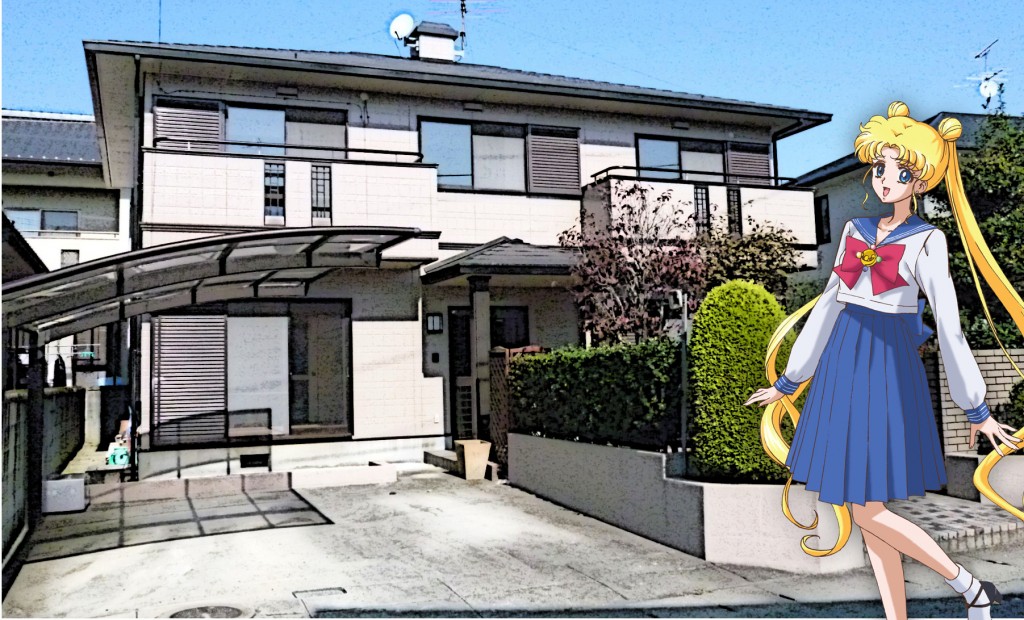 Nearly every act of the Sailor Moon manga begins with Usagi introducing herself as “just an average junior high school girl.”  We see that she lives in a typical nuclear family with two parents and two children, one boy and one girl.  They live in a modest home with one car and she goes to a public junior high school.  Aside from her well-established abysmal grades, the Tsukino family is pretty much statistically average, isn’t it?  Well, it certainly looks like it, but the facts don’t actually pan out that way when you look beyond the surface.

First off, regarding Usagi’s family, Ms. Takeuchi actually modeled the makeup of it after her own, even down to the names of her mother and father (Ikuko and Kenji) and younger brother, Shingo.  Though the birth rate has been on the decline since 1973, in 1992 (when Sailor Moon takes place), households with two children still edged out single-child households,1 so at the very least this part of the “average girl” story works out. Now how do things work out with her living situation?

As for Sailor Moon’s setting in Azabu-juban, this is also based on Ms. Takeuchi’s personal experience, though she came to live here as an adult while Sailor Moon was being serialized in Nakayoshi.  In reality, Naoko Takeuchi grew up in Kofu, the capital of Yamanashi prefecture – quite a different atmosphere from the city life in downtown Tokyo, the largest metropolis in the world.  Let’s take a look back at that house we were talking about earlier. But first, I have to address one obvious point: since we don’t know when Usagi and her family actually moved into the house and don’t want to make a lot of baseless assumptions, we’re going to assume that the house was purchased in 1992 and will be making all of our estimates using that as our point of reference.

I’d also like to apologize in advance, because things are going to get math heavy going forward.

The Tsukino House in Sailor Moon: Another Story for Super Famicom/ Nintendo

Azabu-juban is located in Minato ward in south-central Tokyo, incidentally the third most expensive ward in all of Tokyo, but Azabu-juban is slightly cheaper than the average across the ward.2  As we learned in both the original run of the manga and in the new Sailor Moon Crystal series, Kenji Tsukino is a reporter, which will help us get a handle on how much he actually makes.

The good news – for us, at least – is that salaries for reporters actually haven’t changed much at all over the past 14 years. The average salaries, shy of a dip in 2010 and 2012,3 have remained nearly the same between 2000 to 2014.4 Since we unfortunately don’t have any data for what reporters were earning back in 1992, we’ll need to look at average salaries across the board and extrapolate what we can from that. Fortunately – once again, for us, and not so much for the hardworking people – there’s been a lot of variation from year-to-year since 1992, but little variation when viewed in the long term. In fact, 1992 salaries seem to be most closely matched with the depressed salaries in 2012,5 which gives us our working figure for Kenji’s income. For the sake of our analysis, we’ll take the 2012 value and assume that Kenji makes approximately ¥6.95 million per year, including annual bonuses. For the sake of comparison, the average salary in 1992 was ¥4.71 million so the Tsukino’s are at least somewhat well off, though not exactly wealthy.

Next up, let’s take a look at the house itself and see what we can find out about it. There’s a lot that we don’t know about the house, but there is quite a bit which we do know: it’s a two-story house with three bedrooms,6 and there’s a bathroom, kitchen, dining room, and living room. In real-estate speak, it’s a 3LDK house. The average floor space for a 3LDK in Minato ward ranges between 80.69m2 and 105.4m2.7 Since the price of houses varies greatly depending on the materials, contractors, and architects used, we will only take a look at the land price for now to get a handle on the economics involved.

The Tsukino House in the Sailor Moon Live Action and the Anime (eps. 19 and 1 respectively)

Don’t you just love it when the math actually works out? So using the numbers we got above for the floor space to land ratio, we can figure out how much land they need for their house. This gives us 52.39m2 on the low end and 68.43m2 on the high end for how much land they’ll need for their home. Now, going back to our original figure of ¥6.8 million per square meter of land in Azabu-juban in 1992, this gives us a total land value of ¥356.25 million to ¥465.32 million, just for the land alone. Now, could Kenji have afforded this, even if he took out a loan (for 51 to 66 times his annual income…)? 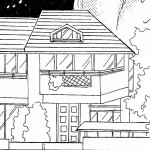 Again, none of these numbers are 100% accurate since we’ve had to extrapolate and make a lot of assumptions, but I think it at least gives us a pretty clear image of just how not average of a life Usagi and her family live in Sailor Moon. It makes you wonder if there’s more to the family that they’re just not telling us!

14 thoughts on “Is Usagi Really Just an Average Girl?”