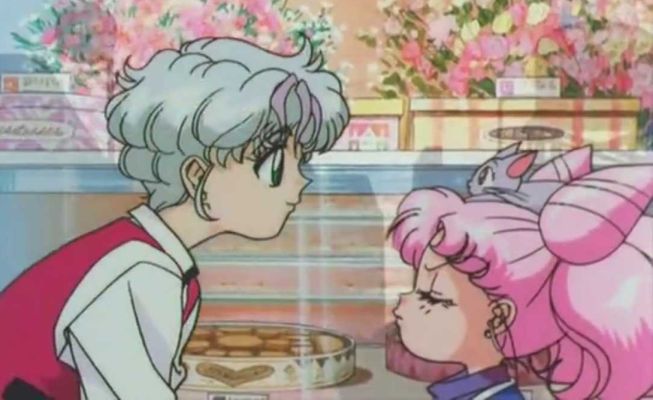 While the Sailor Moon series is generally a challenge in its own right to translate in such a way that not only gets across what’s being said, but the style and nuance as well, my heart truly goes out to those who are tasked with translating the lyrics to the series’ music.

As a wise person (me) once said (right now): 80% of the meaning of music cant be found in the words that go unspoken.

Today we’re going to take a look back at yet another Sailor Moon lyrical mystery, as we try to uncover just what this fanciful song about fruits, pies, and kidnapping children is all about! 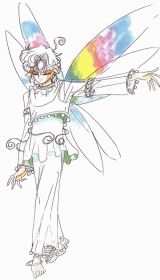 If you’ve ever stayed up late at night, enjoying the cool evening breeze through your window as you hope — nay, pray — to hear the siren call of the Three O’Clock fairy… well, I have some news for you.

First and foremost, you really should close your window and lock your doors at night. That’s just flat out dangerous. Who knows what kind of tuxedo-wearing negacreeps are lurking out there?

Second and secondmost,1 you’re going to be waiting quite awhile. Over 12 hours, in fact. You see, the “three o’clock” fairy actually gets their name from a Japanese colloquial name for snack time (i.e., 3 pm).

Frankly, this is something that I never even picked up on until I actually sat down and read through the lyrics to this song, since I just took it for granted that it was obviously referring to a fairy lurking out past the witching hour,2 waiting to lure young kids (and older kids, in the case of Usagi) with the promise of sweets and candy.

Alas, that’s not the case.

Since at least the late 1930s,3 10 am and 3 pm have been referred to in Japan as “snack time” for both children and adults alike. The latter of the two times goes back even further, all the way back to the the Genroku period (1688-1704)4 and is even the source of the Japanese word for snacks — おやつ (oyatsu):5

Oyatsu may also be written as 御八つ, which means the 8th period of the day (this translates to 2-4pm as one period is 2 hours). During the Heian Era, […] farmers only ate two main meals of breakfast and dinner. This changed and manifested in the Edo era as 3 fixed meals plus snack time. 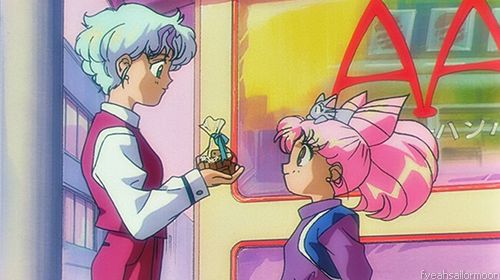 During the Meiji period (1868-1912),6 when the country changed over to the western method of counting time, this became three o’clock, and from there the connection between snack time and 3 pm was born.

Read also:  What Is the Meaning Behind the Song Moon Revenge?

If you were to localize rather than translate the song, something like “Snack Time Fairy” or even “Afternoon Tea Fairy” (for the British among us) wouldn’t be all that bad of a choice.

Since we’re already on the topic of discussing the lyrics of this song, I figure we might as well take a look at all of the food items mentioned while we’re at it. You know, for the sake of being thorough.7 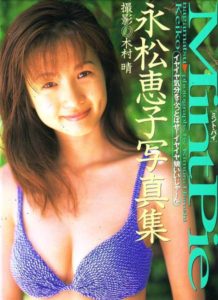 Oddly enough, I can’t actually find anything that’s commonly referred to as a mint pie in Japanese, and the best hits I can find in English are all just generic recipes that just happen to have the name. The best guess I could find online is that this was a mistake/shortening of “minced (meat) pie,” but that sounds a bit unlikely to me.

All pretty standard.  Next! 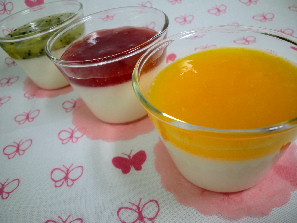 If prune pudding sounds absolutely disgusting to you, you’re probably not wrong. But this isn’t exactly prune-flavored pudding that we’re discussing here. In Japanese pudding, or purin (プリン), often refers to flan, a custard dessert often topped with caramel sauce. Or it could be a soy-milk based pudding. The word is kind of used loosely. In either case, the dessert in the song would be accompanied by a prune jam or syrup. 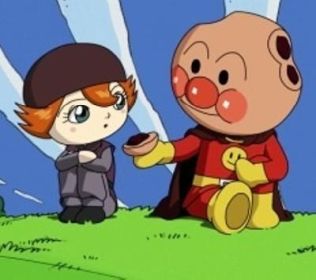 “This is my body, which is given for you…”

A staple of Japanese sweet breads, anpan is a roll filled with a sweet paste made out red beans. It also, incidentally, is what Anpanman’s head is made out of.

All pretty standard stuff, with one small note that in Japan pancakes and waffles are considered snack time foods, and not a “part of a balanced breakfast,” like old-time American TV shows led me to believe. 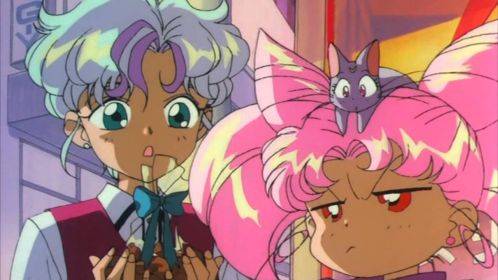 ChibiUsa wishes the conversation about sweets would never end

I really do enjoy taking a closer look at the lyrics for the many, many songs in the Sailor Moon series, to be quite honest. Unfortunately, as someone who typically just listens to music without giving lyrics a second thought, it’s hard for me to get a sense for what songs people would like to know more about.

This song analysis, in fact, was suggested to me through Twitter (@t_unmasked), but I’m always open to suggestions anywhere you can find me.

Is there any song you’ve always had questions about? Let me know down below!

6 thoughts on “What Is the SuperS Movie’s Three O’Clock Fairy Song Referring To?”