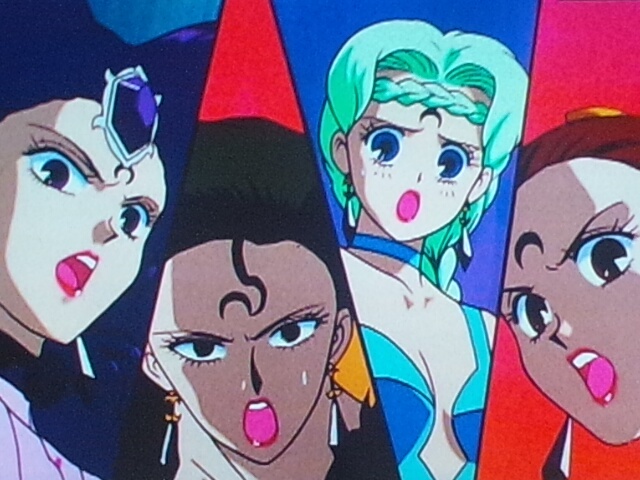 While there’s no official (or even in-universe) connection between the Dark Kingdom and the Black Moon, Ms. Takeuchi continued reaching back into her roots in mineralogy and family history in gemstones when naming the members of the Black Moon Clan. But things aren’t exactly so clear cut with the Ayakashi Sisters. So what, exactly, is the mythological background behind Rubeus’ four underlings?

They may not know their name, but they mean business

The term ayakashi itself has caused a lot of problems for the myriad of Sailor Moon’s English translations. They’ve been known as the:

Before going into the Japanese nuance behind the name, I decided to take a look at how other languages have handled this, since it can be interesting to see how other translators have approached this nuanced problem, even though it means we need to bounce between multiple languages. 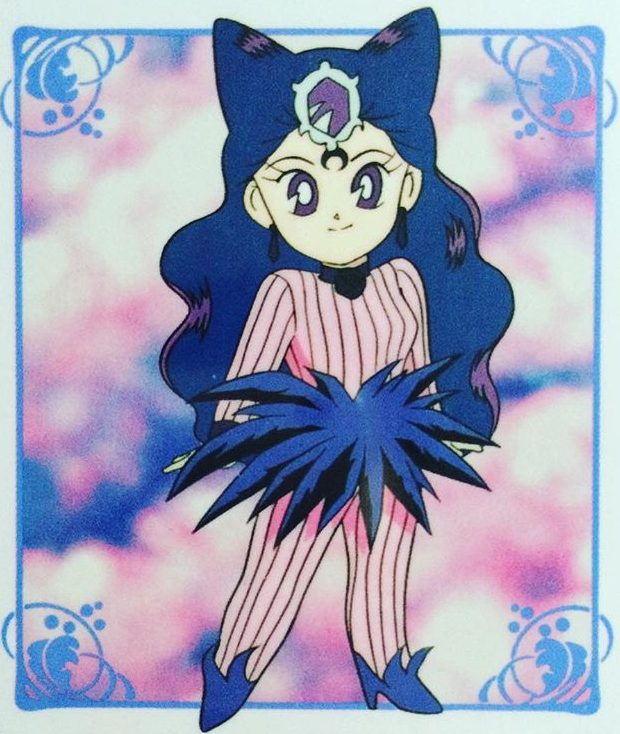 Coan won’t let linguistics get her down

Both French1 and Italian2 translations left the word ayakashi as-is, which isn’t always a bad option for cultural phenomena that don’t translate easily.

This isn’t always a bad approach, but I think it robs the audience of context and they may misinterpret ayakashi as a proper noun without any meaning.

For the sake of completeness, I also looked up the Chinese4 translation, which appears to have been first aired in Hong Kong, and then followed by Taiwan. The Chinese name is 魔界四姊妹, which would translate to the “Four Devil Sisters.” I think this is closer to what Ms. Takeuchi was looking for, but still a bit off.

So now that we got all that out of the way, what exactly is an ayakashi and how does it tie in thematically with the sisters and their role within the Black Moon Clan?

Japanese yokai from left to right: ayakashi, yamabiko, and nobuzama

The short answer is that “even Japanese people aren’t sure.” The long answer is that “what an ayakashi is depends on when, where, and to whom you ask that question.” Fortunately for us, though, Zack Davisson’s fantastic site on Japanese yokai 5 provides us with a nice write up. According to his research:6

In its most basic usage, ayakashi is a general term for yokai that appear above the surface of the water, and can be translated as “strange phenomenon of the sea.” … So ayakashi are yokai that haunt the boundary between the ocean and the air, instead of sea monsters swimming in the dark depths.

This is particularly fitting, when you considering that the Black Moon arc focused heavily on the supernatural – e.g., with references to water dousing, spirit mediums, rumors of UFOs, and more.

Most relevant to our research into the four sisters is the story that originated in Chiba, which borders Tokyo to the east. 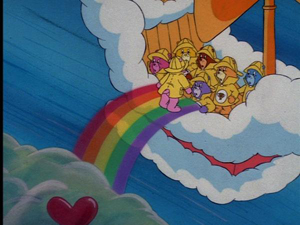 According to a ghost story collection dating back to the Edo period,7 during a long voyage at sea, a captain brought his ship ashore in order to restock their fresh water reserves. Upon coming ashore, the sailors are approached by a beautiful young woman carrying several buckets. When the sailors inquire into where she got the water from, she tells them there’s a well nearby and that she’d happily give them her water.

The captain responds quickly that there is no well in that direction and declares the woman an ayakashi – a demon which takes the form of a beautiful woman to lure sailors to their doom. He quickly orders the boat back to sea and, upon looking back, sees the woman chase after the ship and bite into its hull. He beats her off with an oar and the crew is saved.

If you were to ask me, I feel like this is probably the image that Ms. Takeuchi intended to illicit when she was referring to the Four Ayakashi Sisters. The image works especially well in the anime, where they take up 20th century identities in order to gain the trust of the unwitting public.

Now that we’ve got all this background out of the way, I can probably guess what your next question is: “So, smarty pants translator, what do YOU suggest as a translation for ayakashi then?”

Of all the (official) English translations to date, I think “Specter Sisters” and “Phantom Sisters” are both pretty close, but I think they both fail significantly in keeping any of the nuance. Specters and Phantoms feel to me more like synonyms for “ghost,” and phantom is especially bad because it improperly implies a direct connection with Wiseman – i.e., Death Phantom.8

Keeping more in line with the “shape-shifting in order to lure men to their doom” angle, I feel that “Siren Sisters” sounds decent, with succubus or banshee serving as other good alternatives. But since these all have their own images and history associated with them for western audiences, I would probably have resorted to “Enchantress Sisters” or “Temptress Sisters” to err on the side of caution.

That’s what I think, at least. But what about you? As the end consumers of the anime and manga, I’d love to hear what other people think about how they prefer to have Japanese media translated. Do you prefer to have the Japanese nuance left as-is and for you to research, or have a close alternative used instead, at the risk of losing some nuance?

23 thoughts on “What Myth Are the Ayakashi Sisters Referring To?”