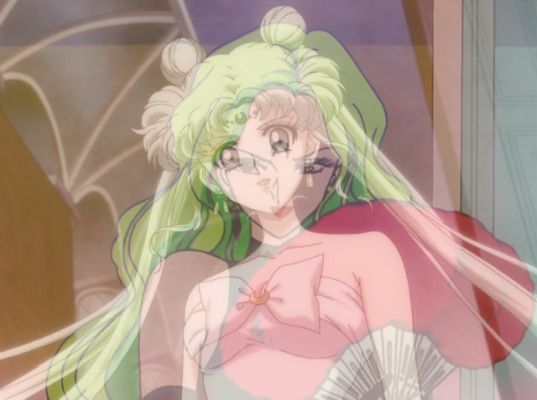 Obviously I would be remiss not to mention Kotono Mitsuishi,1 the woman who quite literally gave Usagi her voice. Since we are all pretty well-versed in the fact that she did resume her role as our favorite Moon Princess, there isn’t much to say here other than to take a moment to share some of my favorite trivia bits about her time as Usagi:

A raving fan and Setsuna Meioh, as played by Ai Maeda

Ai Maeda,2 known best among Sailor Moon fans as the voice of Setsuna Meioh, has quite an interesting history with the franchise. Not only was one of her first voice acting roles as a screaming fan cheering at a Three Lights concert in Sailor Stars, but she even used to perform as Sailor ChibiMoon at meet-and-greets and in live action Sailor Moon shows put on at large public events. 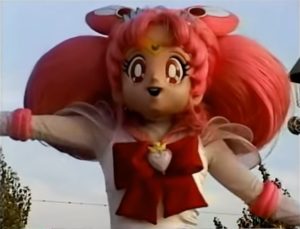 Totally not creepy in the least… (full video)

Unfortunately, there’s not much information available about exactly when and where she performed other than that she performed the role “for a year or so.” Judging by her age and that she began her voice acting career in 1996, I’d guess that it was probably for the 1995-1996 season, meaning she probably played as Super Sailor ChibiMoon.

Esmeraude and Queen Serenity, as played by Mami Koyama

This one is by far and away the most bizarre connection for me. Mami Koyama,3 voice of the Black Moon clan’s very own Esmeraude, came back to Sailor Moon 20 years later in order to play the role of the fallen sovereign of the Moon Kingdom.

As for why she didn’t just come back to resume her old role is anyone’s guess, but I’d say it’s fairly reasonable to say that it’s probably either that her voice had simply matured over the years and she wasn’t able to quite play Esmeraude the same way, or that she had already agreed to do Queen Serenity before it was decided that there would be a Black Moon arc. At that point, it could be a bit awkward to have her play both hero and villain. Though this wouldn’t be the first time that happened in Sailor Moon.

I’d like to go on the record and say that Yoko Matsukoa4 should serve as an inspiration to Monsters of the Day everywhere: whether you’re a lowly Youma, Cardian, Droid, Daimon, Lemure, or Phage, you still have the opportunity to someday grow up and become the most powerful enemy in the season.

From Jadeite’s partner in crime to Queen Metalia herself, I have to say that Ms. Matsuoka did pretty well for herself. 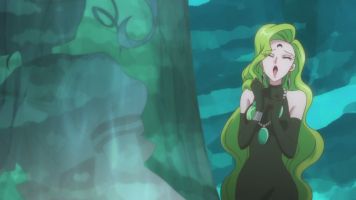 Esmeraude, as played by Hoko Kuwashima

Yet another voice actress who literally started her career with a debut in Sailor Moon, Hoko Kuwashima5 would later go on to play Esmeraude in Sailor Moon Crystal.

Unfortunately, she provides little information on her role in the original anime other than that she played a “female student” in SuperS,6 but I think it’s a fascinating little tidbit all the same!

Takaya Hashi7 has done a little bit of everything across his storied career, from voice acting to TV work, and even appearances in tokusatsu shows — including none other than Sailor Moon‘s spiritual predecessor, The Masked Belle Poitrine!

Before becoming Pharaoh 90 in Sailor Moon Crystal, he played Dr. Sergei Asimov (a character-of-the-day in Sailor Moon S) and the unnamed ventriloquist in the SuperS special. 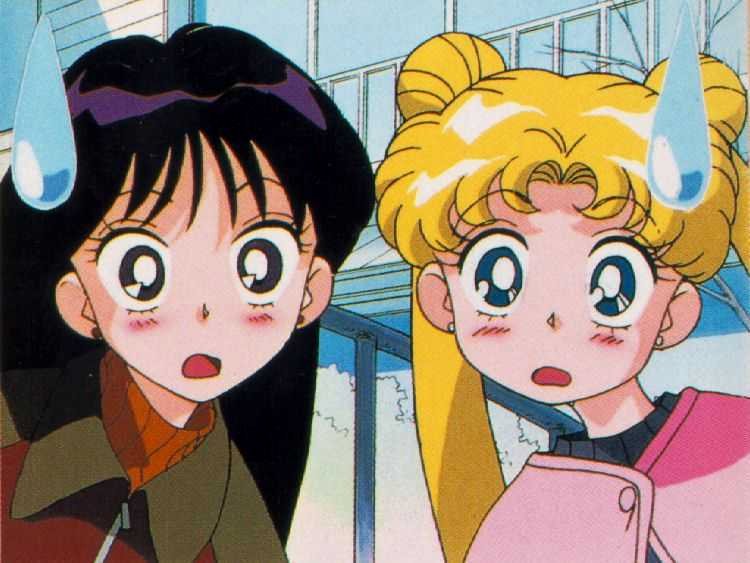 Yes, I was surprised too…

So what did we actually learn from this deep dive into the voices behind Sailor Moon Crystal?

I don’t know about you, but this really helped drive home the point of just what a huge force the Sailor Moon anime was back in the day, and just how many lives it touched. Not only did it introduce fans like you and me to a whole new world of animation and storytelling, but it also helped serve as the starting point for many, many careers.

Out of curiosity, do any of you ever follow the careers of voice artists you love? Up until recently I hadn’t really paid much attention to names behind the voices, but like buying up every CD from your favorite musician, I’m starting to see the appeal.