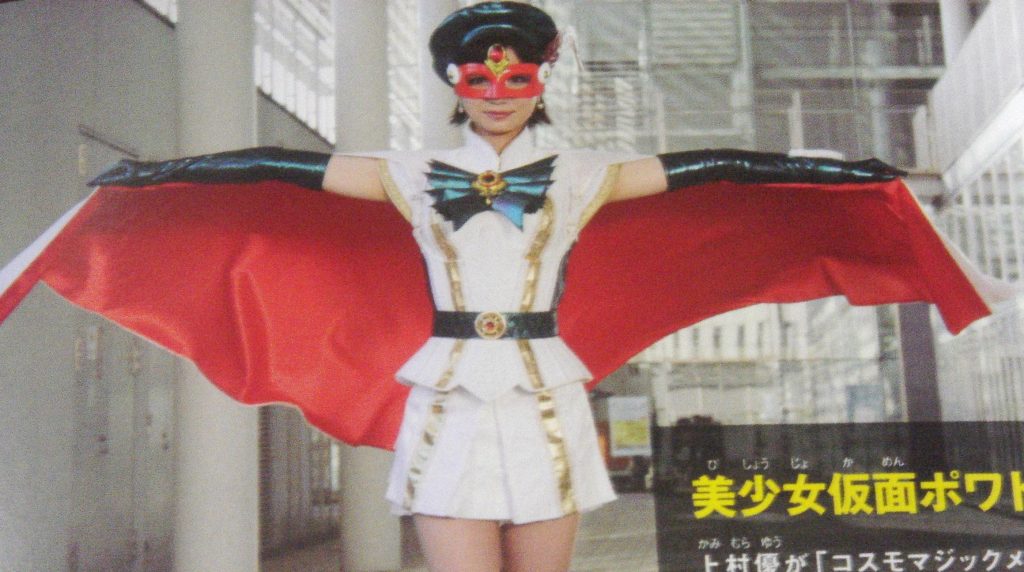 Over this past year of exploring all of the hidden histories and minor intricacies in the world of Sailor Moon, one point that we’ve continuously come back to is that nothing is ever quite as simple as it seems. Much like an onion, there are layers and layers of neat bits of trivia. So in honor of the one-year anniversary of this blog, I’d like to go back way to the beginning: what was the inspiration behind the magical girl known as Sailor Moon? 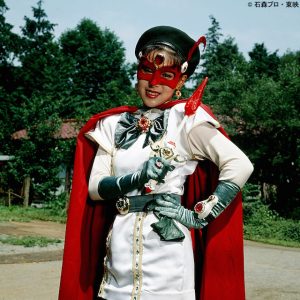 Masked Heroine of Love and Justice?

While obviously Sailor Moon was a unique series for its time, it isn’t exactly the origin of the fighting superheroine genre like many people assert. It most certainly popularized the genre, but there were quite a few that came before it (which I intend to do a write-up on in the near future).

In fact, not much unlike the origins of Tuxedo Mask, the creation of Sailor Moon was more like a natural progression of the trends in children’s television programming — paying homage to the things that came before it in addition to telling its own story.

So what is this Sailor Moon predecessor called, you ask? Well, let me introduce you to The Masked Belle Poitrine (美少女仮面ポワトリン; Bishoujo Kamen Powatorin).1 For the sake of simplicity, I’ll be referring to this as TMB Poitrine.

TMB Poitrine was a live-action magical girl show in the tokusatsu2 genre that aired from January 7 to December 30, 1990. I’ve briefly mentioned it in the past, but actually a great deal of the structure of the Sailor Moon series — and the anime especially — is based heavily on the tropes developed over the decades of tokusatsu production. Even the title itself — Pretty Soldier Sailor Moon — follows the decades-old Adjective + Noun + Name structure firmly established by years and years of tokusatsu series. 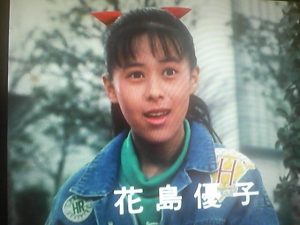 Though TMB Poitrine was actually the eleventh installment in the Toei Fushigi Comedy Series,3 and third in their heroine-focused series, it was the first major tokusatsu series to star a consistent female lead from episode to episode who used magic to transform and fight the forces of evil. But before going much further, I should probably explain a bit about the series.

TMB Poitrine follows the adventures of second-year high school student Yuko Murakami, who is granted the power to transform into the masked superheroine and titular character, Poitrine by the guardian spirit of a neighborhood shrine. The name, by the way, comes from the French word for bosom.4 It is a comedy series, after all…

Poitrine also had her own catchphrases when she appeared on the scene:

「愛ある限り戦いましょう。命、燃え尽きるまで。美少女仮面! ポワトリン！！」
“I will continue to fight, to my very last, as long as there is love. I am the Masked Belle Poitrine!”

「たとえ○○が許しても、この美少女仮面ポワトリンが許しません！」
“Even if ____ would forgive you, I — the Masked Belle Poitrine — will not!”

(she would say the name of someone famous in the blank)

Though ultimately not as memorable as Sailor Moon’s “In the name of the moon…” introduction, they do have a certain ring to them. Almost evocative of a certain other magical girl’s fight for love and justice, no?

But in case this all on its own isn’t enough to make you wonder about a possible Sailor Moon connection, it all gets a little more interesting when you look at some of Poitrine’s magical items: 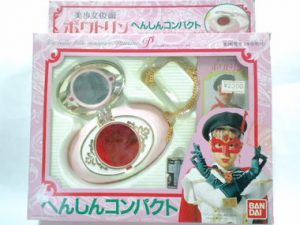 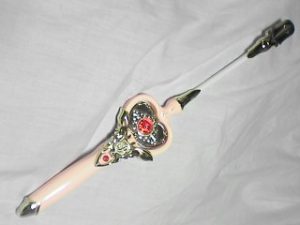 So what was the lasting impact of TMB Poitrine? Well, the show itself was actually quite popular, averaging 15% viewership ratings during it’s run and even reaching as high as 18.9%. That’s higher than some seasons of Sailor Moon! But being a tokusatsu series, its popularity was meant to be short-lived from the start: one of the key characteristics of the genre is that old stories and characters are often retired in order to make room for a new one.

Of greatest interest, though, is that Ms. Takeuchi herself admitted that Sailor Moon was influenced by TMB Poitrine.5 Though she didn’t elaborate one which parts she specifically borrowed from TMB Poitrine, even the masks worn by Sailor V — and in the original designs of Sailor Moon — look suspiciously similar.

Poitrine vs. the Curry Bread Maker

At the end of the day, this is yet another mystery that we will probably never get a proper answer to, but I think there is a lot to learn just by reading up on it. Even if the story of TMB Poitrine may not be directly applicable to the world of Sailor Moon, it at least gives us a deeper look into Ms. Takeuchi’s mind when she was fleshing out these characters we love so much.

15 thoughts on “What Magical Girl Was Sailor Moon Based On?”