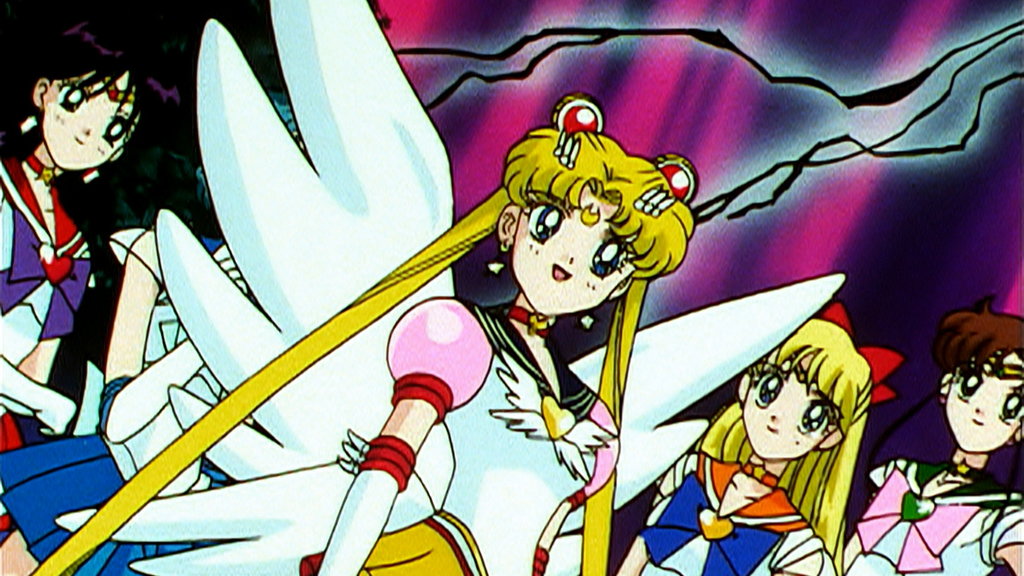 Despite having debuted over 25 years ago, Moonlight Densetsu still consistently ranks in the top 100 songs played in karaoke.1 While it may be the pride and joy of the Sailor Moon fandom, there’s always been a special place in my heart for its oft-forgotten younger sibling, Sailor Star Song.

The song is probably best remembered for setting the dramatically different tone of Sailor Moon‘s fifth and final season, as well as for… well… bordering on being nonsensical.

But today I hope to change that.

Though I may not be able to explain what makes this song so awesome, I hope to at least shed a little light about the story Ms. Takeuchi was trying to tell through her lyrics.

Read on as we discuss just what’s involved in a good, proper Sailor Yell, and how you can give one too! 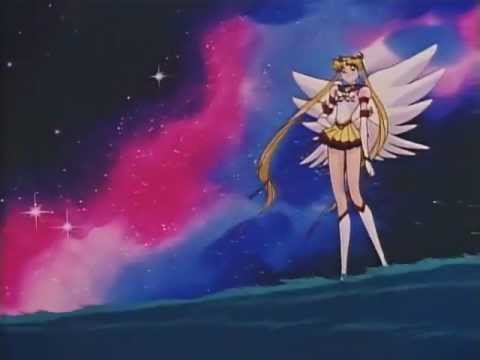 Sailor Moon ponders the meaning of the universe

As I’ve mentioned in some of my past song dissections, the challenge with discussing music in another language is twofold:

First off, music — be it English, Spanish, Japanese, or any other language — isn’t always written with proper grammar in mind and is rarely concerned about providing context. I’m sure we’ve all had the experience where you’ve debated with friends about just what message a song is trying to convey and, even in your native language, you all came to different conclusions.2

That leads nicely into the second issue: the need to rely on a translation.

Even in the best case scenario where a given media (manga, anime, music, etc.) has been worked on by a professional translator, it’s possible (even likely) for two professionals to arrive at slightly different nuanced conclusions. This problem is exasperated with fan translations because many of these translators are often early in the Japanese-learning career and don’t yet have a full grasp of the language.

That’s not to say that all fan translations are bad, of course. Some actually are done by professional translators, and even those that aren’t are still amazing passion projects. But sometimes what you’re getting is the equivalent to throwing caution to the winds of Google Translation. And no one wants that.

Let’s just say that the Sailor Star Song translation floating around on the internet is… umm… not the best?3 So I’m just going to completely ignore it and go off the Japanese.4

A recurring theme in the song is the singer (Usagi?) introducing her various Sailor ______:

I suppose it’s rather fitting in a season about the absurd number of Sailor Senshi in the galaxy, but I digress.

Since there’s a lot to unpack here, I’ll just be focusing on these key elements in our analysis of the song. It’s a great, inspirational song in general, but for our purposes, I think we’re okay limiting it to just these.

So without further ado, let’s get going!

(Please note that the following are not translations, but explanations of the lyrics)

Your sadness has been replaced by this Sailor Smile.
These Sailor Wings can bring about miracles.
Everyone out there, no matter who they are, has a glimmering star.
Don’t give up! Give out a Sailor Yell for tomorrow!
You’ll get that Sailor Star!
We’ll bring this promise to the ends of the galaxy itself.

This is all pretty straightforward, except for the question that we started out asking in the very beginning: just what the heck is a Sailor Yell?

The problem is that while it uses the English word “yell,” the Japanese nuance is more closely tied to a less-common use of the word:6

So a “Sailor Yell,” my friends, is a chant of sorts that you give to cheer on someone. In this case, cheering someone on to continue fighting the good fight on into tomorrow so that they can finally get that Sailor Star that lives within them. And we’ll continue to do that until we make sure that everyone in the galaxy has done so.

Your Sailor Eyes show no regret.
The Sailor Wind will follow along with you.
This song will lead us to the stars.
Don’t give up! Give out a Sailor Yell for tomorrow!
You’ll get that Sailor Star!
Take flight on your angel wings.

Nothing really too out of the ordinary or worth commenting on here, except for possibly the note on the Sailor Eyes. Though the Japanese is vague, the general impression is that you’re keeping your eyes (figuratively speaking) on the future and your goals, and not wasting your time feeling regret.

I don’t think they’re saying that Usagi is like Jason from Friday the 13th and has cold, regret-less Sailor Eyes.7

Focus your Sailor Eyes away from the pain.
These Sailor Wings can bring about miracles.
Everyone out there, no matter who they are, has a star of fate.
Don’t give up! Give out a Sailor Yell for tomorrow!
You’ll get that Sailor Star!
We’ll bring this promise to the ends of the galaxy itself.

There are only two lines different here, but I figured I’d include them for the sake of being thorough. Not much to say, though, other than the reference to pain and the star of fate. 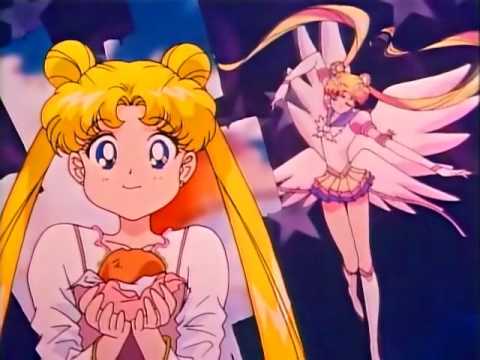 That’s nice, but what does it actually MEAN?

Keeping in mind that I’m hardly a creative person and am the last person you should ask about artistic interpretation, my best explanation for the song is as follows:

Essentially, the Sailor Star Song is about the challenges you have and will continue to face on your journey toward helping everyone find their true selves. However, despite that you have a long and difficult road ahead of you, the many aspects of being a Sailor will support you.

At least that’s my take on it. What’s yours? And, while we’re at it, are there any other Sailor Moon songs that you’d like to take a deeper dive into? It’s a lot of fun actually dissecting the lyrics to these songs that I’ve been listening to for decades!

17 thoughts on “What Is a Sailor Yell? The Sailor Star Song Explained”