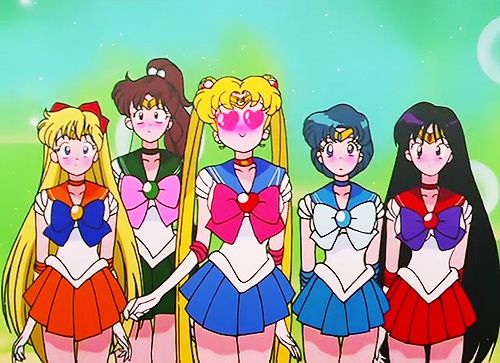 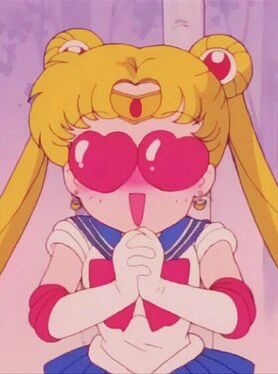 In case your curious, all of the information in today’s article comes from the Nakayoshi Anime Album reference guide,1 which includes information from interviews with Ms. Takeuchi, the voice cast, and members of the anime staff.

Included in this book is a summary of each character and a short bio, which has their favorite foods, blood type, birthday, and all that stuff you’ve seen thousands of times on fan sites since the beginning of time. I won’t bother you with this stuff, since it’s a quick Google search away.2

Of most interest to me, though, are the final two rows in these profiles:

The responses are actually pretty interesting — and even more interesting is that though these books are focused on the anime, judging by the handwriting, Ms. Takeuchi is the one that wrote these insights into each of the girls. Nice to know!

So, how do these girls approach life, then? (parentheses contain Naoko’s comment)

For awhile there I wasn’t sure if these characterizations were supposed to be about their manga or anime versions, especially since Ms. Takeuchi was the one handwriting the quotes for what they thought about boys, but once you reach Rei’s response, it was pretty clear we were not talking about the anime version of our favorite priestess. 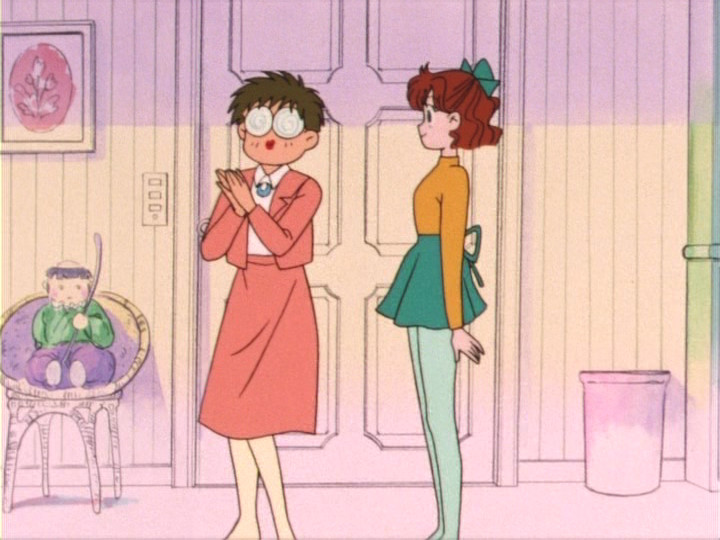 Most interesting to me, though, is the attention Naru gets here. They even go so far as to give her a birthday – January 1st – and a full profile. This is probably one of the many references that helped fuel the rumors in the early Sailor Moon fandom that Naru may be the next Sailor Soldier.

As for their thoughts on love, it’s pretty interesting to see if phrased the way it was (i.e., in the context of “what kind of boyfriend would you choose if you had all the options” kind of thing), but their responses probably aren’t all that surprising. Ami would rather put love on the back-burner, Rei hates men (very much), and Minako wants someone cool.

As for Usagi, well, I think as fans of the series after it had ended, it’s easy to forget that before her miracle romance with Mamoru, Usagi was pretty receptive to most advances, with a particular interest in Motoki. In fact, even after she and Mamoru were together, Usagi still had a bit of a wandering eye with Haruka, Seiya, and a few other characters of the day.

Put in that context, I guess it’s not too surprising that she’d be open to dating both! 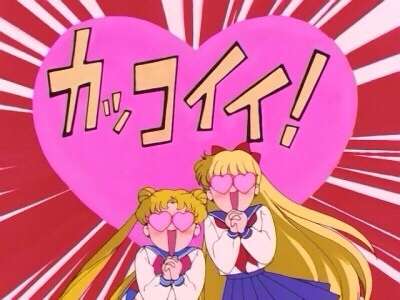 There’s not really a whole lot more to say about this, but I’d be interested in hearing what you think about their mottos, and if you think they fit their characters.

Rei’s is kind of generic, but  I found Minako’s personally interesting. The original is a common Japanese idiom, and the literal translation is closer to “don’t just get back up when you fall down,” implying that you should take some time to search for why you fell before getting back up. I think it fits her character well – or at least it does for her manga, Sailor V counterpart. But! I’d be love to hear your thoughts.

10 thoughts on “How Did the Sailor Soldiers’ Views of Love and Life Differ?”