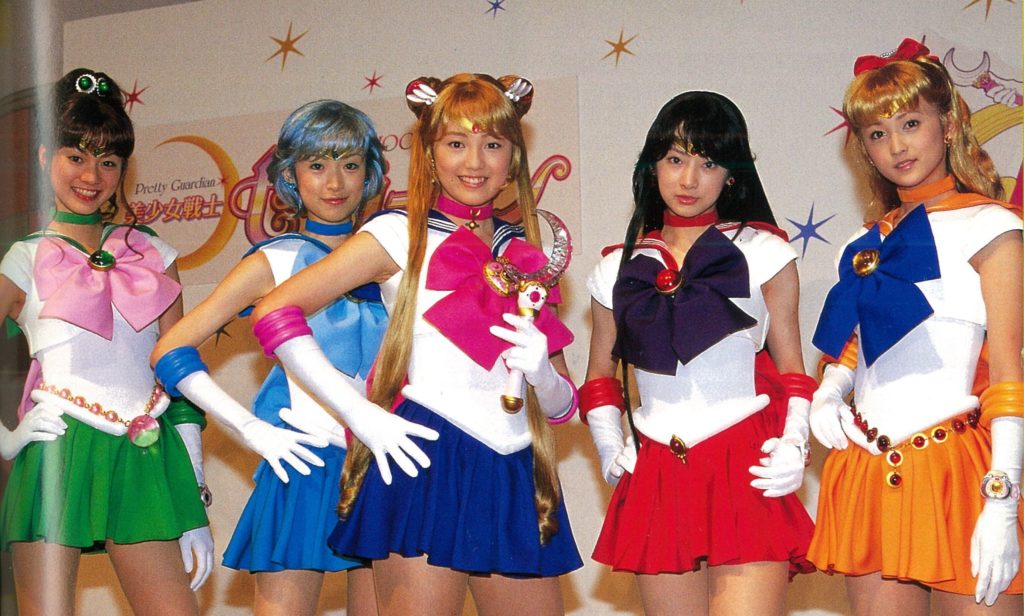 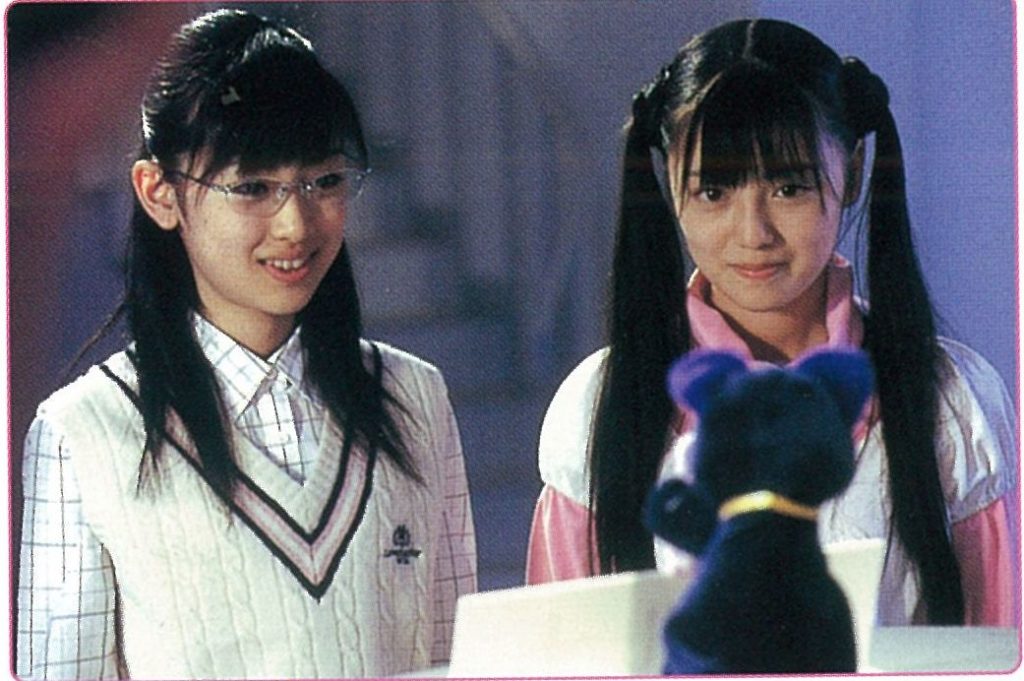 Though Miyuu was no stranger to being in front of the camera due to her extensive modeling career,1  she had only one brief TV role preceding the series by a matter of months2 and two commercial appearances by the time the series aired in 2003. Not that it showed, of course — she gave a great performance week after week.

What I find some immensely fascinating about PGSM is that, barring a few exceptions with some younger cast members in the earlier Bandai SeraMyu musicals, this was the first time in the franchise’s history where people of the so-called “Sailor Moon generation”3 (people between the ages of 3 to 8 during 1992~1997) were actually getting a chance to be involved in the show.

So what was it like to take on the mantle of your favorite childhood hero? Well, fortunately for us, Miyuu answered this question and more in the December 2003 issue of Toei Hero Max.4

Without further ado, let’s get to it! 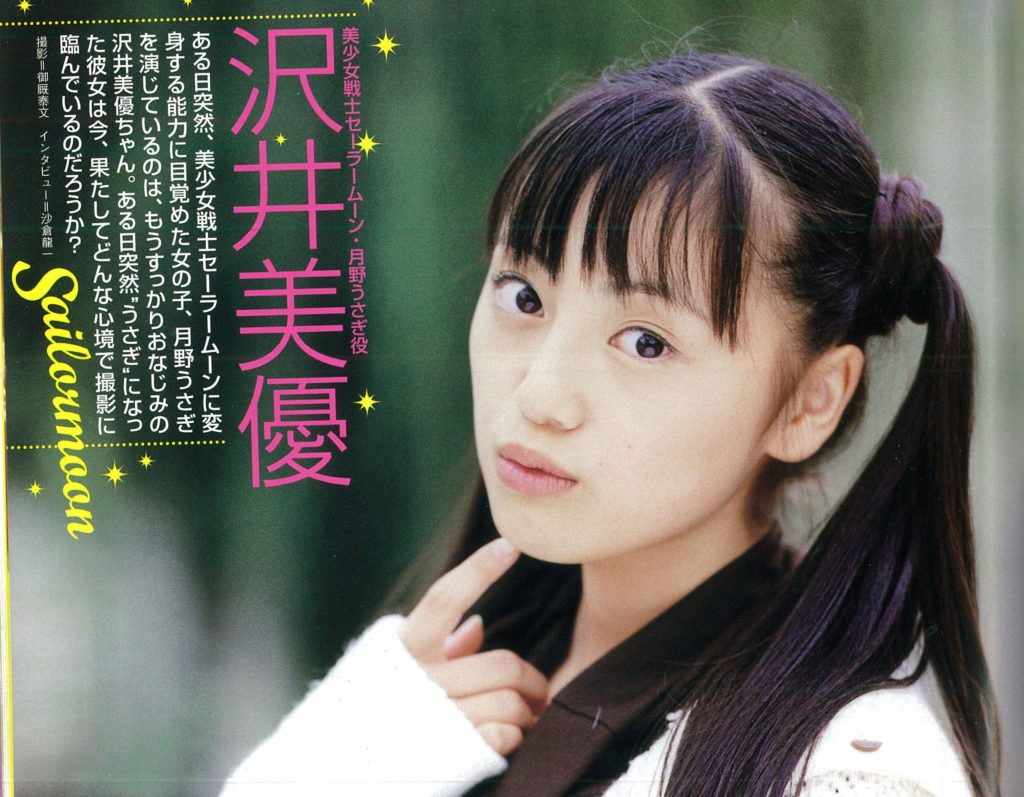 Q. First off, how did it feel when you heard that you were chosen to play the lead role of this immensely popular series?

Q. When did it start to feel real to you?

Shortly after the roles were announced, they needed to start making the costumes. During that time we were given the chance to wear some of the costumes used in the musicals, and that’s when it slowly began to register with me that ‘oh, I’m going to be Sailor Moon.’ I also met the other girls on that day and it really started to hit home that I actually made it.

Q. And how did it feel to finally wear the completed Sailor Moon costume?

It was an emotional experience. I mean, they made something that only I could wear. (laugh) I tried on a bunch of different types of wigs before we settled on this style, but there were a few others I still really liked. Hearing everyone around me talk about how well it suited me really helped build my confidence.

Q. Well, you’re finally on the air now. What do you think of the show?

Hmm… (laugh) After we finished filming, I knew that I gave it my best and felt pretty good about it. However, as the filming [for other episodes] continued from there, I now look back with more experience and can spot a lot of flaws in my performance.

But I think looking back on your past performances and finding fault with them is important. I was to keep gaining experience, changing, and growing. Just look back at my [“Sailor Moon”] pose in episode 1… it’s sloppy! I’m moving all over the place. There’s no ‘punishing’ going on like that. (laugh) When I watch it now, I’m thinking ‘Hey, Sawai! Stand up straight!’ I don’t really feel like that was quite the right Sailor Moon to leave a good impression on fans.

I used to play sports, so I don’t really have any issues with running around a lot, but the action scenes are definitely challenging. It’s also really tough to pull off your poses just right. I’m always wound up tight trying to focus on my whole body, from the toes to the top of my head, to get the perfect pose. Over time, the trainer I work with has been more generous with the praise, so I hope I’m doing at least a little better. (laugh) I just want to give Sawai a little room and let her grow, I guess. 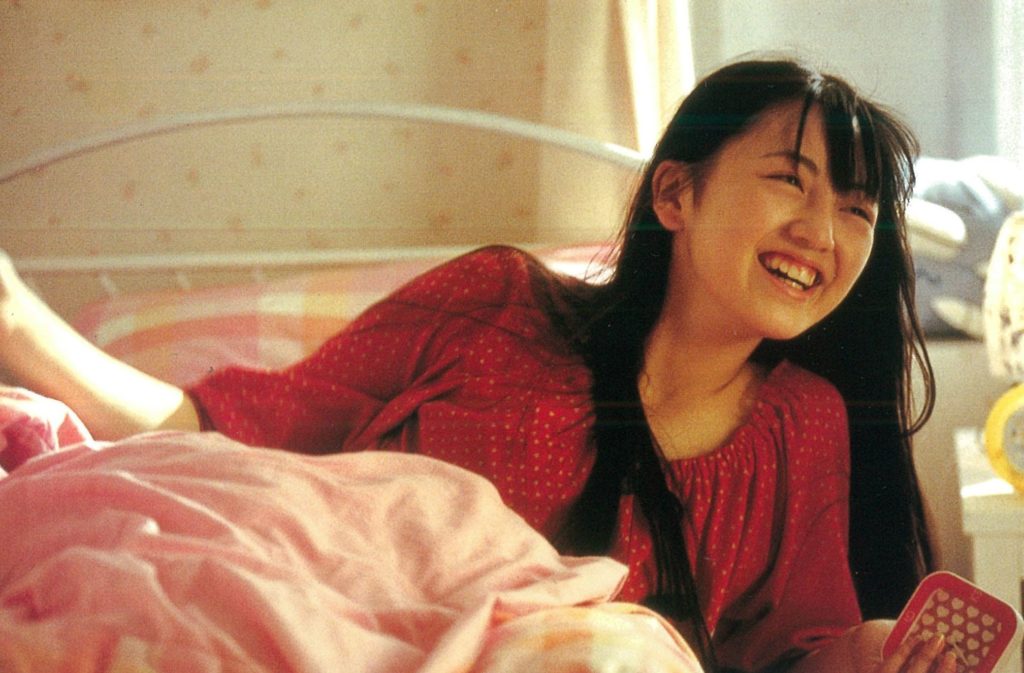 Being a super hero is tough work

It’s an absolute blast! In the beginning I was a little worried because everyone around me was so much older and I thought they’d be scary to work with, but they were all so nice to me once we got down to shooting. I was still a little nervous on the first day of filming, but I was over it by the second day.

The staff were all friendly with each other as well and everyone was always smiling. Even though the director could be pretty strict with his directions, I was already pretty used to being yelled at from my days when I played basketball in elementary school, so it didn’t bother me much. (laugh) In fact, I appreciated the anger because it pushed me to try harder next time.

I love going to the set now. I also love going to school, of course, but the set has now kind of become like school to me. Toei Oizumi Academy, I guess. (laugh) Even though it involves late nights and early mornings, my love for the act of filming motivates me to get out of bed every day.

Q. What do you think of the girls playing the other Sailor Senshi?

I haven’t had much of a chance to talk with Ayaka Komatsu since Sailor Venus hasn’t had many interactions with us in the story, but she’s an interesting person. Sailor Mercury, Chisaki (Hama), and I are actually pretty similar and think a lot alike, so she’s easy to talk to. She started filming at the same time as I did, so we’ve had a lot of time to chat and are now good friends. [Editor’s note: Chisaki Hama and Chieko Kawabe (Naru Osaka) stopped by to tease Miyuu several times throughout the photoshoot for this feature. The mood on set certainly seems positive.]

Keiko Kitagawa and Mew Azama, Sailor Mars and Sailor Jupiter, are a little older than me and play more mature roles so I always look up to them as much more grown-up than me, but they both have a childish side of their own that’s fun to see come out. They’re also both really easy to talk to.

I really just want to get the whole Sailor Team together. It was a ton of fun when we got everyone together to film the opening! It kind of felt like we were all on a school trip together. (laugh) I look forward to putting all of our skills together to battle the forces of evil.

Q. The story’s only just begun, but how would you like to evolve the character of Usagi Tsukino going forward?

Usagi may be naïve, but she’s also a very expressive girl with many sides to her. She’s one of the five Sailor Senshi, sure, but she also serves as the heart of the team and I hope that I can convincingly play the role of pulling everyone together. Usagi, much like myself, loves her friends dearly, so that’s a part of her I really hope I can convey. I’m going to give it my best, so I hope you’ll all tune in!

Candid shots of Miyuu Sawai from the Toei Oizumi studio

It’s probably not too surprising that Chisaki Hama (Rika Izumi) would be on set from the beginning since they were probably filming multiple episodes in one go. But I’d love to know more about which SeraMyu costumes were actually used. As far as I understand, the musicals were run by Bandai and Toei shouldn’t have had the costumes — unless they were on loan?

Read also:  Why Was There No Fan Reaction to the Deaths of Uranus and Neptune?

What I’d give for pics of the PGSM cast in Stars-era costumes!

So, what did you think? Anything particularly interesting about Miyuu’s experiences as Sailor Moon? Are there any questions you would have asked if given the chance? Let me know down below! I actually have a large collection of Miyuu Sawai interviews,5 so the answer may already be out there!

7 thoughts on “How Did Miyuu Sawai Feel About Playing PGSM’s Sailor Moon?”