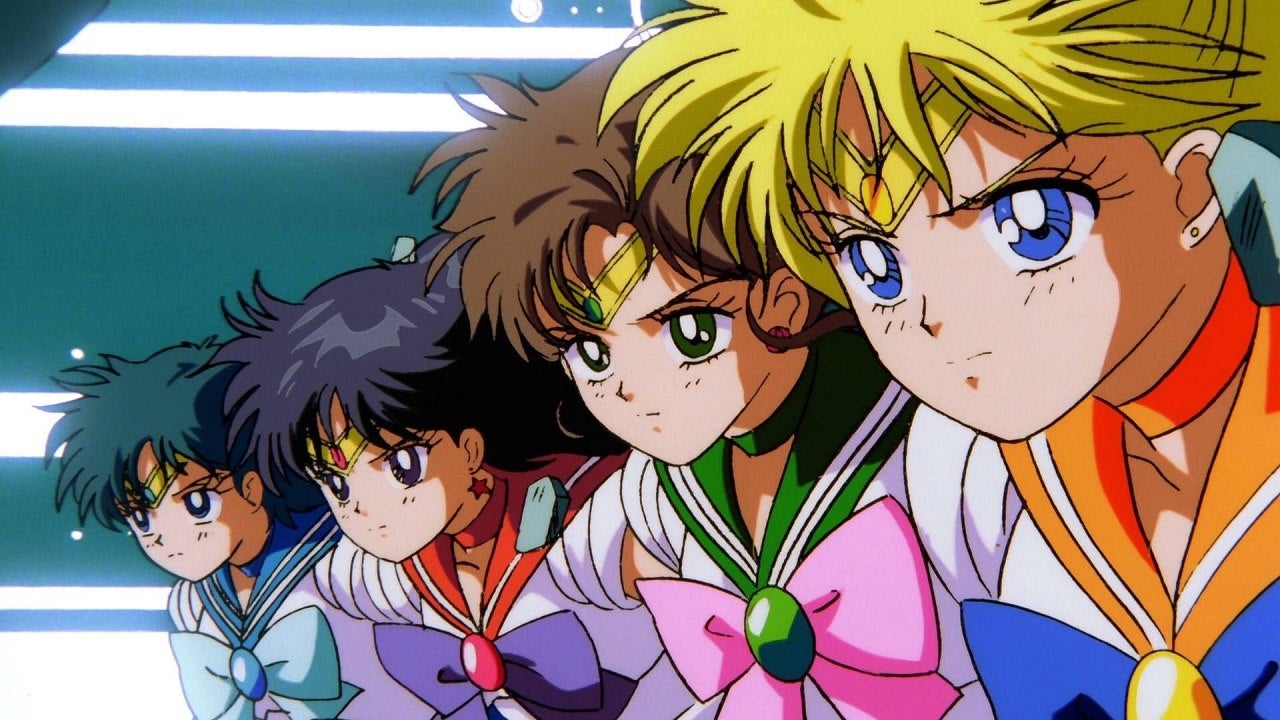 Fighting against the Sailor Canon

When you spend a significant amount of your time analyzing fictional worlds, exactly what is “canon” quickly becomes an massive roadblock you need to concern yourself with — and one you’ll generally keep coming back to over and over again!

In Sailor Moon‘s case, trying to find out how the three movies fit into the anime’s timeline has always been the source of an not insignificant amount of debate.

Today we’ll be going on a journey into the Sailor Moon Cinematic Universe and see who makes, and who breaks, our precious timelines!

Apparently the movies are so far removed that you don’t even need to watch them in order?

As per usual, it’s important that we lay out the initial ground rules here before beginning any serious discussion so we don’t constantly find ourselves “moving the goal posts,” so to speak.

First and foremost, we’re going to leave the more general conversation of what’s canon in the Sailor Moon discourse off the table for now since we’ve already discussed that previously. Instead, the focus of our discussion here is on whether the original 90s1 Sailor Moon theatrical releases fit into the greater story of the anime and manga.2

Second, for the sake of simplicity, I’m going to ignore the “but they never referenced any events that happened in the movie!” argument entirely since it 1) doesn’t form a substantive argument; and 2) both the Sailor Moon anime and manga typically never reference past enemies or battles outside of each “season.”

Thirdly, we’re going to be ignoring the seasons in which the movies supposedly take place since, frankly, the series is all over the place with this stuff and it’s not really worth pursuing that line of reasoning.3

So with that all out of the way, let’s take a look at each of the movies! 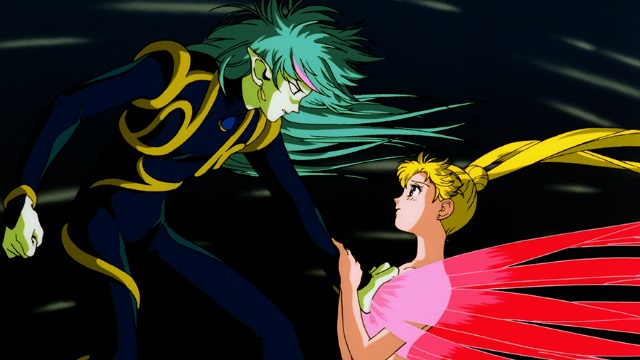 Fiore’s getting a little too handsy here, I’d say

Sailor Moon R the Movie: Promise of the Rose

In order for this movie to fit into the anime’s timeline, we need to fulfill a few important conditions:

That being said, all is not yet lost. There are still two decent candidates where this movie could fit into the anime’s timeline without having to do too much in the way of mental gymnastics.

The first option is that the movie takes place right after Usagi and Mamoru getting back together4 and before the Sailor Senshi go to the future.5 Sure, it takes place in the middle of Esmeraude’s arc and raises some questions about why they’re largely unconcerned with the Black Moon during the movie, but hey, it’s not like it was uncommon for the Sailor Senshi to run around and hang out with friends during a normal anime season anyway.

The second possibility is that Fiore strikes immediately after the fall of Death Phantom but before ChibiUsa has a chance to return to the future. This is, from the best I can tell, a very small window, but it’s always hard to gauge how much time passes in the anime anyway.

There is one caveat to this, though: Director Ikuhara said himself that Fiore was something of a reboot of the Makaiju story. This means that it’s pretty hard to accept that both the Makaiju arc and Sailor Moon R movie are a part of the anime canon. In my opinion, that leaves you stuck with accepting either one or neither of them as canon.

Considering that the anime’s Black Moon arc offers no explanation for the Sailor Senshi reawakening or Sailor Moon’s new brooch and wand, I’m more inclined to accept the Makaiju arc over the movie. However, that’s just me!

What’s that, Luna? A boy got an ice splinter in his eye and needs our help??

This one is a bit of an odd duck insofar that it should by all means be the most canon of them all, but suffers from the same issues that plague its predecessor in terms of fitting into the timeline.

What do I mean? Well, when you consider that the story was written by Ms. Takeuchi herself and that she took a very hands on approach in the creation of the movie, you’d think that it’d practically be guaranteed to fit seamlessly into the storyline.

The main problem that we face with fitting this into the primary storyline is just how cordial the Outer Senshi are with Sailor Moon & co. seeing that their relationship was quite strained throughout the majority of the time when Pluto was alive and kicking.

That said, fitting this into the anime’s canon is not entirely out of the realm of possibility. Ignoring the fact that the girls all seem pretty upbeat and overly fixated on Luna’s love life when they’re in the midst of a life and death struggle with the Death Busters, it’s theoretically possible for the story to fit into the brief time period after Hotaru’s abduction.6

TLDR: Pluto’s very not dead in this movie and thus it can’t happen.

Read also:  Why Are There Numbers in Mistress 9 & Pharaoh 90's Names?

But ignoring for a moment the issues presented by Sailor Pluto not being a zombie and the Outers’ presence in general, this movie surprisingly presents very few actual continuity errors.

The Inner Senshi all have their Super power ups, everyone has the attacks you’d expect them to, and the only real character who’s suspiciously absent is Helios — though even that is hardly surprising when you consider that his issue is with the Dead Moon. Other than providing additional moral support to ChibiUsa, he has no real reason to get involved with all the drama surrounding Queen Badiane.

Be that as it may, unfortunately the existence of the Outer Senshi — and their subsequent surprise over Sailor Pluto being alive — throws all that out the window and destroys any chance of the movie being canon.

But is it canon?

Honestly, I’m a bit conflicted with regard to how to close this one out. The simplest (and probably correct) answer is that these were fun side stories made to capitalize on box office sales with little concern for fitting into the series proper. In a sense, you can’t even blame them when you consider that the movies were being produced at the same time as the weekly episodes.

But that’s a boring answer!

If you’re willing to stretch a bit that the girls are good at multi-tasking and totally forget about the Seasonal ThreatTM to focus on the movie’s villains, I think we have a solid Maybe, Maybe, and No for the R, S, and SuperS movies respectively.

What about you? Do you think the movies fit into the series proper, and if so, where? I’d love to hear what you think!

8 thoughts on “Can the Sailor Moon Movies Fit Into the Anime Canon?”