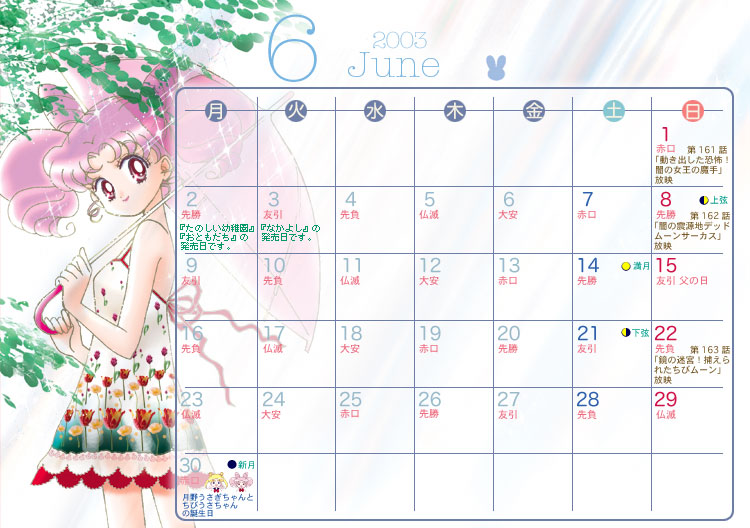 This is one of those issues that at first glance seems hard to really get a handle on it, but the more you dig, the more you learn that the Sailor Moon series – in the manga, at least – has a pretty definite and reliable time line. Before we get further into this question (and inevitably come up with our answer), though, we need to lay out a few ground rules to help us identify what you’re really asking.

First off, we are only considering the Dark Kingdom arc for the time being, or Acts 1 through 14 of the shinsouban manga re-release in 2003/2004.1 Next, and directly related to the first, we’re restricting our estimate to the manga right now, since the anime had far too many episodes and definitely makes things more difficult to calculate (though I’d enjoy taking a shot at it someday!). Finally, though we can give ourselves a minimum estimate due to how characters interact, the statements they make, and when one day runs right into the next, it’s unfortunately not possible to give ourselves a maximum estimate, shy of saying “it took less than a year.” So, now that we got that out of the way, how many days did the battle against the forces of the Dark Kingdom take?

Thirty three days, or thereabout. So, let’s take a look at the breakdown! The following is an act-by-act analysis of how many days at an absolute minimum, along with the reasoning behind it. Where more than one day could have passed, I assumed the minimum.

Read also:  Is Rei's Grandfather From Her Mother or Father's Side?

Seeing that Usagi’s June 30th birthday (as we discussed previously) doesn’t take place during the run of the Dark Kingdom arc, and that Mamoru’s August birthday is mentioned later in the Black Moon arc, it’s a safe bet that the series played out over the course of mid- to late-May and through June.

I don’t know about you, but with all of Usagi’s talk about being a slacker, loving sleep, and her family and friends talking about never getting stuff done, I’d say she had a pretty eventful month. Saving the world in 30 days is pretty good for anyway, especially a self-proclaimed slacker!

2 thoughts on “How Long Did the Fight Against Beryl and the Dark Kingdom Last?”