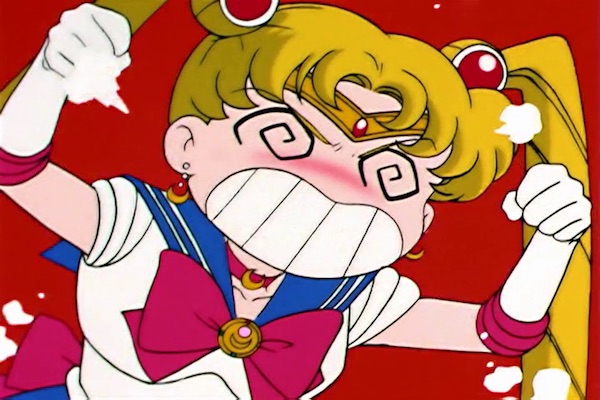 Correction: Lizards, Salamanders, Fish, AND RABBITS will be angry

While I typically avoid going down into the tiny nitty-gritty in individual episodes (that kind of analysis is saved for the Episode Reviews), there’s something about this line that I just found so nonsensical and confusing that I just had to look into it. And I’m glad I did.

For those of you who have no idea what I’m even talking about, today we’re going to take a look at the odd line in episode 5 of the original 90s anime, where Sailor Moon exclaims that three animals are “going to be mad” about Jadeite’s plan.

If you’re as confused as I was, stick around! 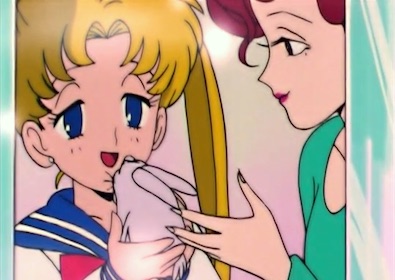 Since I imagine most of you don’t necessarily have every single line spoken in Sailor Moon memorized, you’ll probably be wanting a refresher of just what we’re talking about in the first place.

The line in question is spoken twice in episode 5, actually: once during the lead-in (where Usagi summarizes the story of the episode you’re about to see) and again when she confronts Iguara, the Youma working at the Perfume Pet Shop.

While both of the translations here are pretty much on point and accurate, if left to my own devices, I would probably rewrite the English a bit:

“The frilled lizards, axolotl, and ghost koi are pretty angry!”

Not only would that make it a bit more natural to the reader, but I think the translators were lost about these animals suddenly being mentioned, which is why they translated the words as their formal, dictionary names. For a point of reference, the three animals Sailor Moon mentions are:

I have no strong opinions on frilled vs. frilled-necked lizards, so that one I can let go. As for (albino) Mexican salamanders, I can see where they’re coming from by not wanting to use a more confusing name, but I think the oversimplified name gives the wrong mental image. Could just be me. 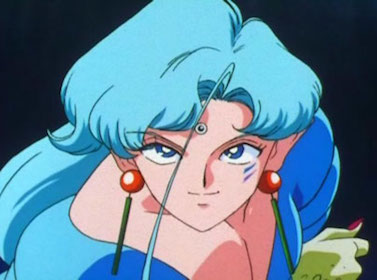 No, not this human faced fish

As for the last one, which both translators rendered as “human face(d) fish,” this isn’t necessarily wrong per se, but it’s literal kanji-by-kanji translation of the fish’s Japanese name. While I’m by no means an expert in fish,4 “ghost koi” is used widely in the UK, so I’m willing to go with that.

So now that we know what these things are, it’s time to answer the far more important question of: why the heck is Usagi talking about them in the first place?

If it makes you feel any better, this line probably doesn’t make sense to a vast majority of Sailor Moon viewers nowadays – at least to those who are younger than 30, and especially to those who didn’t grow up in Japan.

You see, the common theme shared among these three animals is that they were extremely popular pets — and/or mainstays in the news and pop culture — from the mid- to late-80s and into the early 90s.

The frilled-lizard rose to fame thanks to a 1984 commercial from Mitsubishi Motors, advertising their newest model in their Mirage car line.5

If, upon seeing this commercial, you suddenly felt compelled to go out a try to buy one of these to keep as a pet, then I’d say you understand what happened to Japanese children for a number of years.

Next up is the axolotl! It also was brought into the public eye thank to a commercial, this time in 1985 and from the Nissei company, marketing their instant yakisoba UFO bowl.

While I can’t really say what it was like at the height of the axolotl craze, this water-living salamander is still wildly popular in Japan, and a mainstay of aquariums. And I can’t say that I don’t understand — it’s ridiculously cute.

The “human face fish” (or ghost koi, if you’d prefer) came to prominence in 1990, thanks to a specific fish encountered at the Hozenji temple (in Yamagata prefecture) being featured prominently by a popular magazine named “Friday” for its human-like facial features. It was later picked up by day-time talk shows, and its popularity exploded from there. 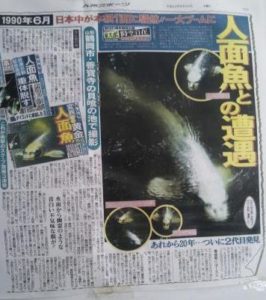 Even though the fish itself is no longer popular, its legacy lives on in characters such as Sega’s bizarre Seaman game,7 Studio Ghibli’s Ponyo,8 and others.

So, as you may have already pieced together, essentially what Sailor Moon is saying is that these incredibly popular animals — representative of the pet market at large — are mad at Jadeite for the way he’s manipulating animals (the Chanela, in this case) like some sort of plaything for him to use.

Of course, understanding little lines like this isn’t even remotely necessary to understand the Sailor Moon series, but I always find it fascinating to try to get into the mindset of what information viewers had available to them at the time. Culture is a fluid thing, so what is “obvious” at one time can now be a mystery to those of us looking back.

If there are any other lines like this, either in the anime or manga, that that have always left you confused, I’d love to hear them! I may not be able to answer everything, but hopefully I can at least shed some light on a few questions.

3 thoughts on “Why Does Sailor Moon Talk About Angry Lizards, Salamanders, and Fish?”