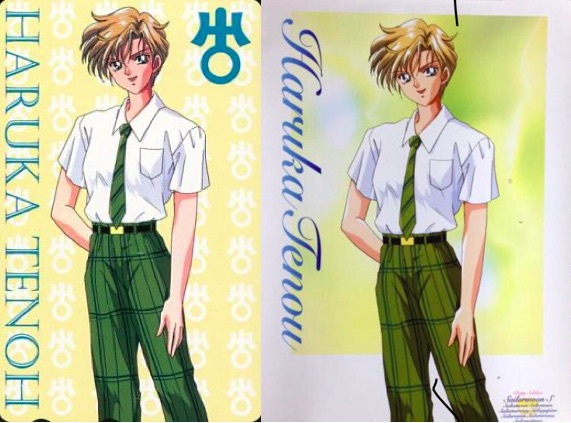 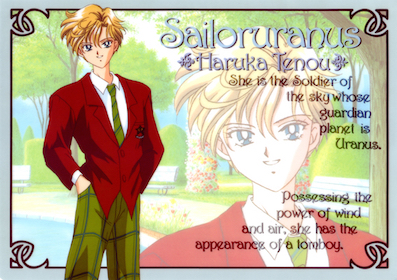 Haruka has some serious identity issues

To get the obvious stuff out of the way first, this same issue obviously also applies to Michiru Kaiou/Kaioh and Setsuna Meiou/Meioh as well, but I need to keep titles within 70 characters, so that wasn’t gonna work. I’m sure you understand.

As for what my take on this whole issue is? Honestly, even though you probably know me for being obsessively pedantic, this is an issue that I really don’t think it matters — as long as you’re consistent. Just like how you can have a Kris, Chris, and Cris all pronounce their names the same way, Tenoh, Tenou, and Ten’ou are all valid spellings for a name pronounced the same way.

Anecdotally speaking, in my decade of living in Japan, I’ve met multiple people with the same first or last names that spelled them differently. The fact of the matter is, there’s no “correct” — as in required — way to convert a Japanese name into latin characters. But there certainly are conventions and systems. And that’s where the confusion comes from.

You see, there are two major systems in use for rendering Japanese into the alphabet we all know and love, otherwise as “romanization”:

“Enough with the jibba jabba,” I hear you say in your best Mr. T impression, “just tell me which is the official one!” 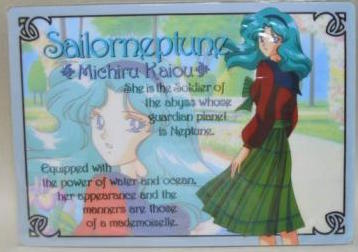 They’re both the officially-adopted way of romanizing, depending on what ministry or branch of government you happen to be corresponding with. The National Diet Library, for example, uses Kunrei while the Ministry of International Trade and Industry uses Hepburn. Because why not?

More important to our discussion today, though, is that the Japanese passport office highly recommends using the Hepburn system for the romanization of your name on your passport.4

So what do they recommend about how to write down a name that ends in おう (ou), or basically an extended vowel? The advice is to cut it off. Meaning that the “correct” way that the passport center would like Haruka, Michiru, and Setsuna to write their names would be Teno, Kaio, and Meio respectively.

However, if you make a request, they will allow you to use non-Hepburn forms such as -oh or -ou.5

Going back to our original question, what does this all mean for the correct spellings of the Outer Senshi’s names? 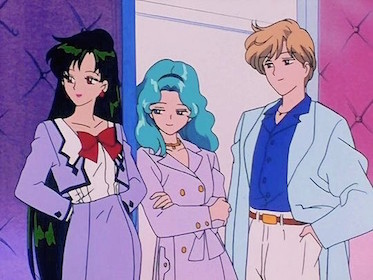 What it means is that there is no correct answer, and anyone who tells you otherwise is wrong. Since Haruka, Michiru, and Setsuna are — brace yourself! — not real, they have no passports or identifying documents to check. Official Japanese source materials are also all over the place, so you can’t rely on that either.

The only thing that does matter is that you’re consistent with how you use it. Personally, I prefer the spellings Tenoh, Kaioh, and Meioh because… well, they look more like last names to me. That’s it. But I’m consistent throughout my articles, and that’s what matters.

So with that out of the way, I’d love to know what your preferred spellings are and why! And not just for this, but for some of the other oft-debated names. Do you spell it Chibi Usa/ChibiUsa/Chibi-Usa? Is there a space in SailorMoon? Let me know!

19 thoughts on “What Is the Correct Spelling of Haruka’s Last Name, Tenoh or Tenou?”