If I were to tell you that Ms. Takeuchi wasn’t much of a fan of how the anime completely changed Rei’s character, I’m pretty sure you’d roll your eyes, tell me ‘thanks, but no thanks,’ and move on with your lives. Fair enough, it’s old hat. We all have heard this one before on the internet.

But what if I told you that Ms. Takeuchi had made changes to Rei’s character in honor of Michie Tomizawa, Rei’s voice actress and one of the leading proponents of changing her character?

Assuming I still have your attention, let’s explore a little bit! 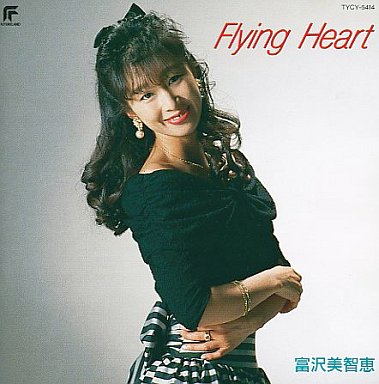 Michie Tomizawa1 was already a fairly prolific voice actress when she took the role of Rei Hino in the yet-to-be-tested Sailor Moon anime. Not only that, but she was also the oldest of the five Sailor Soldiers, at 30 years old when she first took on her role. It’s no surprise that she had her own ideas about how Rei should act, and it seems that the anime staff was okay with her suggestions.

Considering how vocal Ms. Takeuchi was about how she disliked the changes made to Re in the anime, you’d think she would also have issues with Michie, right?

Well, quite the contrary! They actually had quite a good relationship. Ms. Takeuchi used to meet up with the voice actresses quite frequently, and often talked about the their exploits together in the manga.2 Speaking of Michie, Ms. Takeuchi says:

An older lady (heart) And a stunning beauty (heart)
(Hey, I’m soooorrry!)
When I asked about her age, she teased me and said “I guess I’ll call ya Naoko-chan then!”
Please do (heart)
She wears a beautiful ring (heart)

Speaking of that age difference, Ms. Takeuchi is five and a half years younger, which can make quite a difference in your early 20s. But alas, we’re getting off track here.

What we’re here to talk about specifically is Casablanca Memories, the manga-only Sailor Moon side story starring Rei, where we learn a bit more about her troubled upbringing and how she came to live at the Hikawa shrine.

And how the name of this book is an homage to Rei’s anime voice actress, Michie.

Before we go forward, if you’re anything like me – and let’s hope you’re not – then you have absolutely no clue what a Casablanca is. I mean, sure, Rei mentions that it’s some kind of flower in the manga, but for some reason, I always assumed it that the story was referring to the 1942 classic, Casablanca.3 So sue me, I’m not good with old movies.

For those of you a little more horticulturally cultured,4 you’ll probably be aware of the casablanca lily5 and that it’s known for it’s pure white color.

So who cares, right? Well, out of all of the flowers that Ms. Takeuchi could choose to represent Rei, why did she choose one known for being white when that is most definitely not the primary color associated with Sailor Mars? Shouldn’t Rei’s favorite flower have been something red?

As it turns out, Ms. Takeuchi already answered this for us in the manga itself!

The inspiration behind this story goes back to a certain hotel, in a certain park that I like to go to.
After having lunch with the voice actresses at the the hotel restaurant, Sailor Moon – Kotono – stopped in front of the flower shop next to the restaurant (it’s now gone) and remarked “Those white lilies are so pretty!”
“They’re called Casablanca – my favorite flower.”
That was Sailor Mars – Ms. Michie.
Right in that moment, it was decided. I’d make Rei’s favorite flower the Casablanca.
You know, perhaps this story is a little bit mature, overlaid with the image of her voice actress, Ms. Michie.

So there you have it! As it turns out, Michie had a personal influence in how Rei’s character developed in both the anime and the manga.

Personally, I think Ms. Takeuchi’s disdain for some of Rei’s character development is overstated. Yes, she complained about how Rei was portrayed in some scenes and how the anime took a different course with her characters, but I think her disagreement wasn’t so much about how Michie played Rei in general, and more with how Rei treated Usagi. Oh, and that she was given a more comedic role. A writing problem, really. 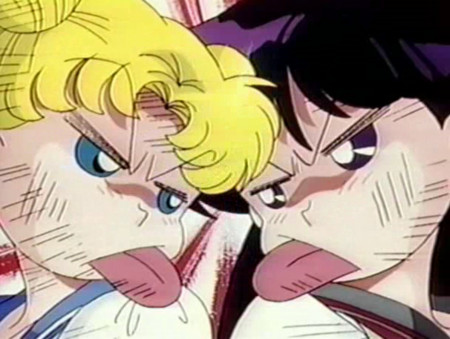 Granted, Rei was much harsher on Usagi in the anime and was quick to put her down compared to her manga counterpart. However, I rather liked that part of her character. It made the final battle to the death all the more poignant when you could see just how much Rei cared. Without a foil to Usagi’s clutziness, I think the series would be less interesting to watch.

But what do you think? Was anime Rei too harsh on Usagi, and taken in too far of a comedic direction? I mean, I realize that Ms. Takeuchi intended for Rei to be something of a cool beauty and that anime Rei goes way against that. But in a fast-paced anime with a lot of extra episodes to fill out, I don’t think that personality would have worked well on screen. Maybe that’s just me!

17 thoughts on “What Influence Did Rei’s Voice Actress Have on the Manga?”