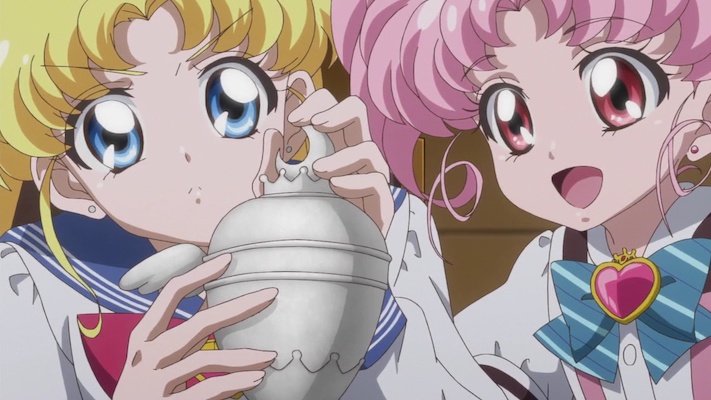 (For those of you keeping track, here’s Part 1, Part 2, and Part 3 of the “Answering Your Sailor Moon Questions” series)

There’s quite a lot of ground for us to cover today, so let’s jump right on in! First up…

Is Sailor Moon’s Brooch the Source of Her Power?

This ties in closely with another question I’ve looked into in the past, specifically regarding whether Usagi needs her brooch to stay transformed. However, it was different enough that I thought it was worth taking a separate look at here.

You could approach this question two ways and come up with different answers, really. Since Usagi — almost without exception — needs her brooch to transform and access her powers as Sailor Moon, then it ultimately doesn’t matter what the power source is since she needs the brooch either way. In that case, you could comfortably answer “yes.”

On the other side of the coin, some of Usagi’s most epic and climactic battles have occurred without her being Sailor Moon at all. Namely, they took place in her Princess Serenity form and absent any involvement from her brooch at all.1

Personally, I’d argue that the brooch serves as a way for Usagi to focus her powers and unlock her potential, but ultimately the power is within her. 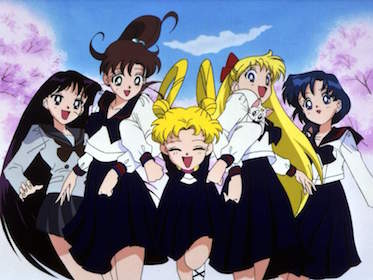 Rei, the odd (wo)man out

Why Does Rei Go to a Different School?

Because it would be tacky if they all went to the same school?

In all seriousness though, I think this all boils down to having to strike a balance between having characters who are near enough to Usagi that they can share common experiences (Ami and Makoto) and also provide more connections outside of their school to expand on possible story line opportunities. T.A. Gakuin served as the backdrop for several stories in both the anime and manga.2

This also had the added bonus of having more variety in the girls’ school uniforms. 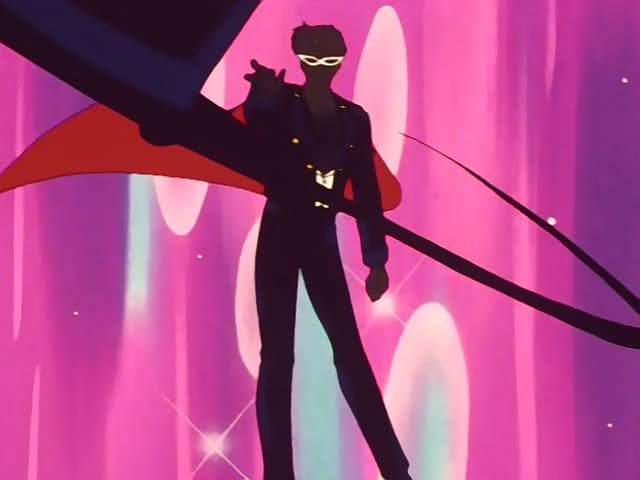 Does Tuxedo Mask Ever Power Up?

In the anime? No, not really. If anything, he engages in less and less combat as the series progresses, so he probably peaked out in either the first season or in Sailor Moon R in the fight against the Black Moon, depending on if you subscribe to the idea that each new enemy is more powerful than the last.

Things are a little different in the manga, however. We see him first use the Tuxedo La Smoking Bomber in the Black Moon arc,3 though we can’t say for sure when exactly he first gained access to this ability. I’ll be charitable and pretend it’s a new technique that he gained after awakening as Endymion.

Later on, in the Dream arc, Mamoru gains access to the Golden Crystal. If that doesn’t count as powering up, I don’t know what does.

Does Artemis Believe Minako Is the Princess?

Considering that Artemis was feeding information to Luna to encourage her (and, by extension, the other Sailor Soldiers) to look for the Princess, he obviously knew that he hadn’t already found her. Further, we can be pretty certain that Minako herself knew that she wasn’t the Princess due to how she reacted when Usagi put her own life on the line to save Minako in the manga. 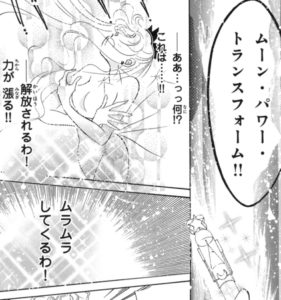 What Do the Senshi Feel When They Transform?

This is an interesting one for multiple reasons. It also ties in closely with the question over whether the Sailor Senshi transform instantly or in real time. If they transformed instantly, they probably don’t feel anything. If it takes place in real time, then there’s a little more room for debate.

The other noteworthy thing about this question is that the only real source I can find that even remotely comes close to answering the question is actually the Codename: Sailor V manga.

When she first transforms, the reader is greeted with the following monologue:

What… what is this sensation?! I feel so free, I can feel the power welling up!
I feel the passion burning deep inside me!

Though we obviously don’t have any other sources it work with, it’s my guess that the rest of the Senshi feel something similar, though maybe slightly different and relevant to their individual powers.

One note: ムラムラ, which I’ve translated here as a “burning passion,” is often used to describe feelings of arousal4 and has been rendered as such in some fan translations.5 Obviously I can’t say without absolute certainly what Ms. Takeuchi was thinking, but considering how often she tended to prefer subtle nuance and wordplay in her works, I think this was meant to be read as “a sense of excitement/passion” by younger kids while also carrying more adult implications for her older readers. 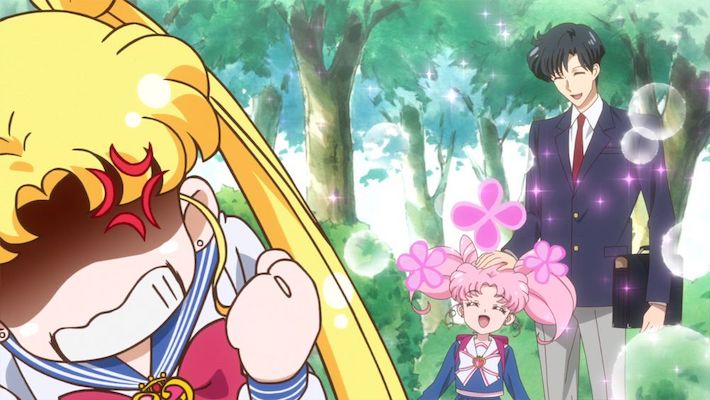 The emotional stages of blogging

Well, that was pretty intense! Hopefully you found at least some new or interesting tidbit in here!

I know this is a slight departure from the long-form content I typically write on one specific topic, but I think it’s nice to go through and take on some of the smaller questions from time to time. Usually topics that don’t have enough meat to them — either due to lack of information or the answer being too short — get dropped in favor of denser topics, but that doesn’t make them any less important in my overall goal of digging deep into the Sailor Moon universe.

If there’s anything you’ve been dying to know more about, or you have some thoughts or questions about one of the topics above, please drop a comment and let me know! I’d love to hear from you.