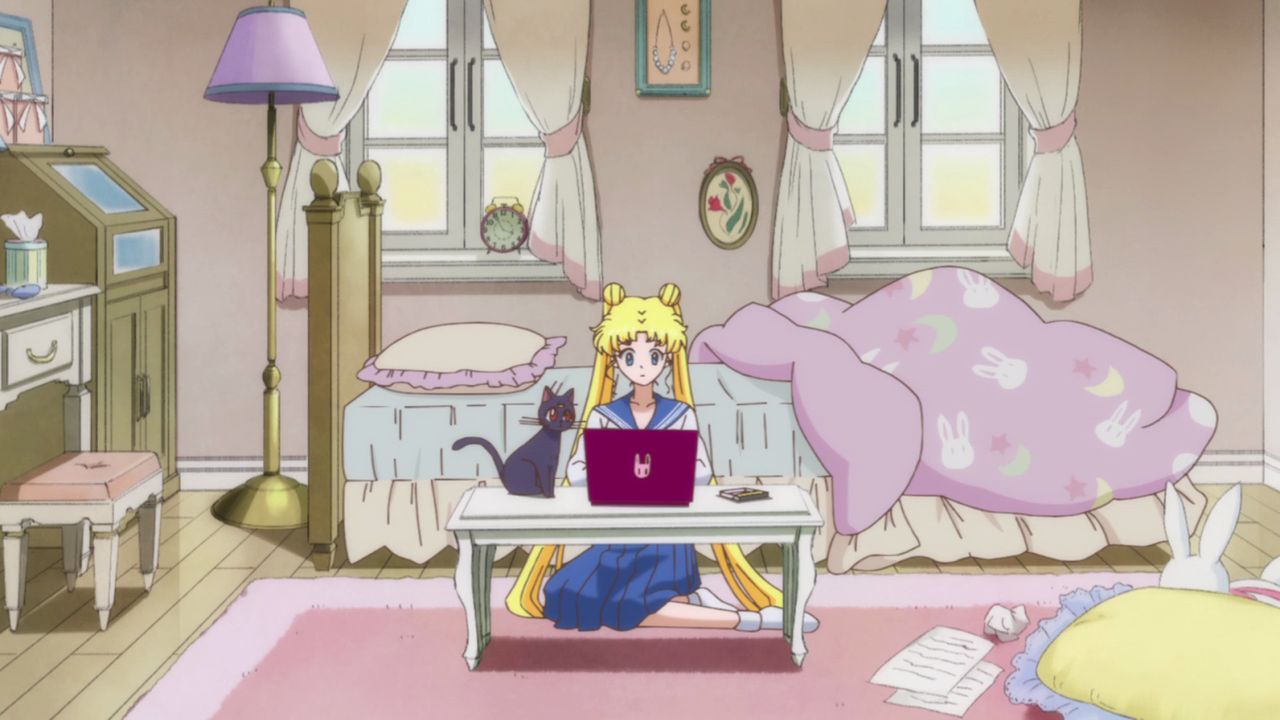 So, it’s the weekend and I’m bored. I usually try to not stray too far off the theme of this blog (i.e., answering one question about the Sailor Moon universe or the creative forces and inspirations behind it), but in the spirit of summer vacation, I figured it would be fun to look through the site logs and see what kind of search engine terms brought some of you here.

And if I can answer some of the questions while we’re at it, all the better! 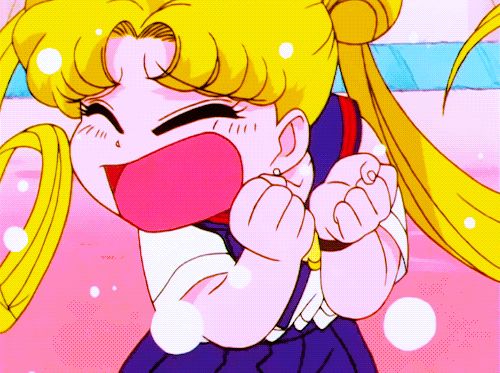 Me, frantically trying to come up with blog topics

It probably goes without saying, but a lot of the questions that people type into Google are actually answered. Which is great, because that means the blog is actually answering people’s questions! Some of the most common ones I get are (in no particular order):

But those are boring. I’d rather take a look at some of the questions that either are impossible to answer, or are easily answered and not worth writing a whole article about. Note that all questions come directly from search engines, so I’ve left the spelling as-is.

Why wasn’t Tuxedo Mask in episodes?

Hmm… there are probably a lot of possibilities behind this. Most importantly, there were many situations where he would have added nothing to the plot, so it wasn’t worth putting him in. Alternatively, it’s not uncommon to sign voice actors on for only a certain number of episodes (and not a full season), so it could have been contract-related. Toru Furuya, Mamoru’s voice actor, was pretty active during the 90s and may have had other commitments.

Hmm… not a question, but you’re certainly welcome to your opinion!

Do I think it’s petty? Well yes and no. I think “petty” is too negative of a word for it. But considering how deep of a hatred for men she seems to express in the manga, the story that she “kinda liked a guy who didn’t like her back” is pretty lame. It would have been better either unexplained or with many a history of issues.

Incidentally, hating men from a young age isn’t uncommon in Japan, and there’s even a word for it – 男嫌い (otoko-girai; man-hating). Part of this is due to boys and girls always being socialized totally separately in schools and even through adulthood, so there’s not much of an opportunity to build constructive, friendly relationships with someone of the opposite sex.

But we’re not talking about sociology today.

When put side by side, the DO look different…

Why was Sailor Pluto darker in Sailor Stars?

Huh, I never really noticed… and to be honest, I’m still not entirely convinced. If she is darker, it could easily have been due to the change in style that happened between SuperS and Stars. You know, new opening, new music, new writers and all that.

Did Usagi have pink hair?

In her very early original character concept art, she did! After that, (and even as late as the first Act!) Sailor Moon was supposed to have silver hair.

Why do people think Makoto from Sailor Moon is bisexual?

Now that is an oddly specific question. I don’t think I can answer this one other than “fans all have their own headcanon, and it’s best to just not get involved.” I guess there are quite a few scenes between Makoto and Ami in the anime that could leave one a bit suspicious, and Makoto was pretty infatuated with Haruka. Though, to be fair, so was everyone else.

On the other hand, Makoto’s love for men is a running gag in the series. 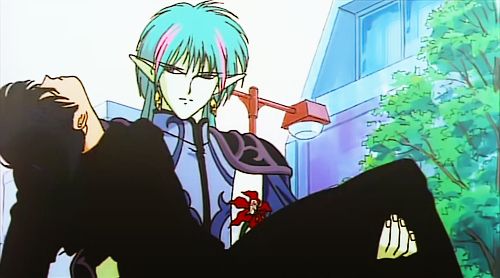 Who does Tuxedo Mask end up with?

What happened to Naru?

Unfortunately, as the series grew, all of the ‘non-essential’ cast got cut out of the series. This includes Haruna, Umino, Naru, and even Usagi’s family. By Sailor Moon S, the vast majority of the non-senshi characters were relegated to a one-shot episode per season.

Of course, I understand it was necessary when you consider screen time, and that they obviously want to sell goods by marketing the main cast, but it’s still a shame. The world felt much smaller to me when the cast got reduced.

It absolutely does not, and anyone who says otherwise is a liar.

Usually I don’t like to get involved in matters of fan preferences, but this is truly and literally wrong. Is the official English name of the series “Pretty Guardian Sailor Moon”? Yes. But senshi does not mean “guardian” and never has in Japanese. A senshi (戦士) is a warrior, soldier, or fighter. There are many other words for “guardian,” but not this one.

How powerful is Tuxedo Mask?

Are you talking anime or manga? In the anime, not powerful at all. Really, he’s a laughable joke who throws roses and spouts poetry. You could argue that when he’s Endymion in season 1 he does seem to be pretty powerful. However, you could also argue that this power is actually from Queen Beryl/Metalia, and not his.

In the manga? That’s quite a bit tougher. On his own, I’d say he’s probably on the lower-end of the rest of the Sailor Soldiers. While he does have an attack, he’s really there as support. But when the Golden Crystal comes into the picture in the Dead Moon arc, you could probably make a decent argument that it’s on par with the Silver Crystal – or at least close. 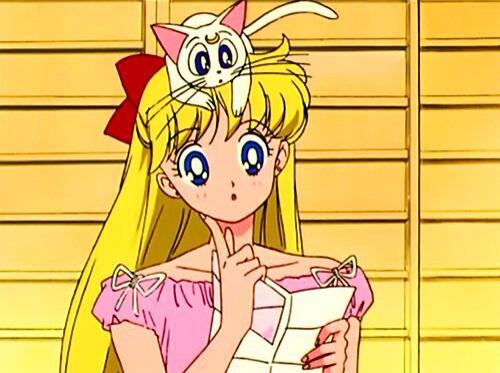 Artemis would never lie to his BFF

Admittedly, Sailor V isn’t my area of expertise, but from what I remember about the series, I don’t think he does. In fact, Minako makes it pretty clear when she appears and joins the team as Sailor Venus that even she didn’t think she was the princess.

When do the Sailor Moon movies fit into the story?

I’ve seen a lot of attempts to shoehorn the movies into the Sailor Moon timeline, but frankly, the amount of explanations and excuses required to make them fit into the universe are so vast and numerous that I think it’s just easier to accept that they’re unrelated side stories. And that’s coming from me, a person who runs a blog dedicated to outrageous explanations.

Of course, you could probably argue that these movies just occurred during the “downtime” between various attacks and monsters of the day, but personally I’m a believer of the theory that Sailor Moon took place in a pretty short timeline (on the scale of months), so there wouldn’t be enough time for these movie adventures to occur.

But that’s just me.

Sailor Moon had an amnesia and will never remember anything.

I’m sorry to hear that. I hope she gets better. =( 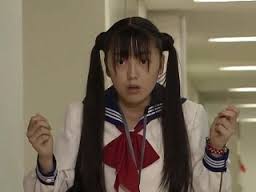 How I look when people ask me questions

There you go, a lightning round of Sailor Moon questions you probably never really thought about asking, but… someone else did?

I should mention that I’m always interested in hearing what kinds of questions people have, and I’m open to suggestions. Whether or not I can answer it is another story entirely, but I do have a list I always go back to when trying to come up with new topics.

So what about you? Is there anything you’ve been wondering about?