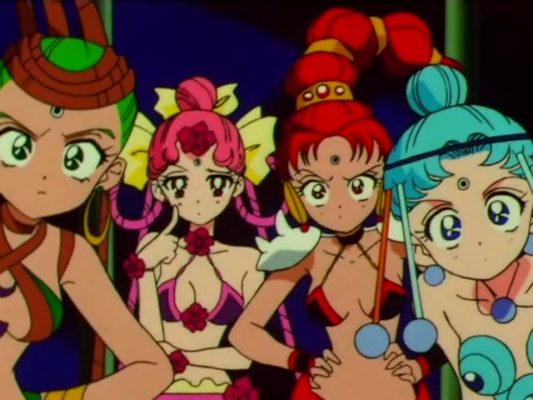 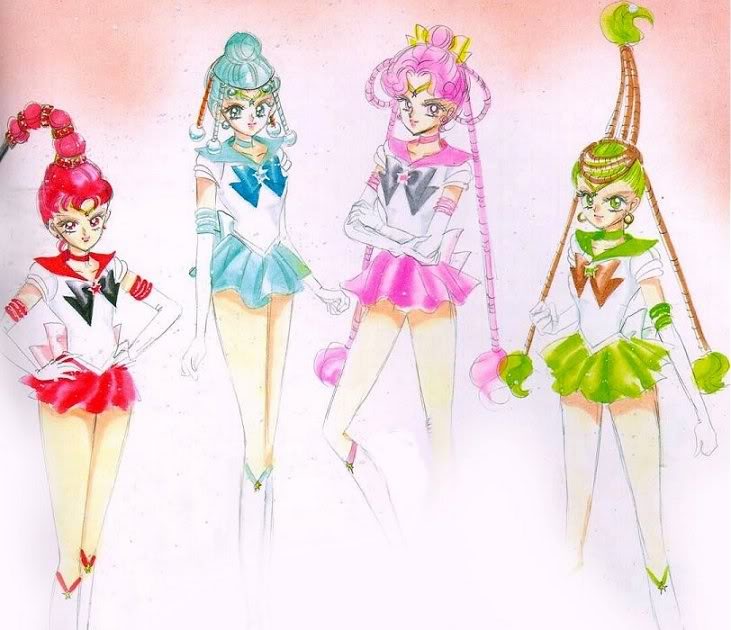 One of the really unfortunate parts about the Sailor Quartet is that they were introduced to the story right at the end of the Dream arc, which also happens to be when Sailor Moon was blowing up1 with new characters appearing left and right — and most of them were Sailor Soldiers.

I guess we should be happy that we got as much information about them as we did, when you consider that other manga characters were considered lucky to have their whole story arc, from introduction to death, take place in just a few short pages.

Before we more forward, let’s take a moment to provide a quick refresher of what we do know about how the Amazoness Quartet became Sailor Soldiers:2

The Sailor Quartet go back to sleep, because… reasons

… and absolutely no reason is given for that fourth and final bullet point. We’re introduced to the Sailor Quartet, then they say that it’s “still too early” for them to truly awaken, and they go back to sleep to await the time where they can serve Sailor ChibiMoon and then come back into the past.

While I can’t say anything useful about the issue of them waiting until the future to come back into the past,4 I think we can take a decent crack at their connection to the Moon.

Basically, the key to finding an explanation to this is that we need to completely forget about the asteroid angle. As fun and interesting as it is, sometimes the space connections are just a matter of plot convenience. Rather, the more important connection here is in their pre-transformation name: we need to look back to the Greek legend of the Amazons.

For those who don’t know, the Amazons were a tribe of fierce women warriors from Greek mythology.5 And, more importantly to us, one of the goddesses worshiped by the Amazons was none other than Artemis, the Greek goddess of the hunt, wild animals, wilderness, childbirth, virginity and protector of young girls.6

I’m sure you can see where I’m going with this now, right?

The Amazoness Quartet are named after the Amazons. The Amazons worshiped Artemis.7 Artemis is the Greek name for the Roman goddess Diana who supplanted the Moon goddess Luna. Thus, the Amazons, in a way, worship and serve the Moon. 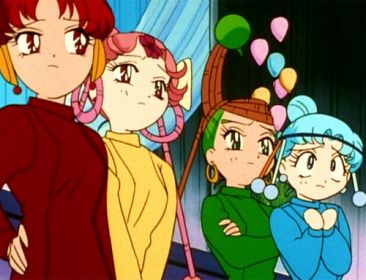 Not sure I’m following along…

Though I admit that this is a bit of a logical leap, it’s not too far outside the realm of possibility when you consider how much research Ms. Takeuchi did into mythology — and especially that of the Greek and Roman gods — when she was creating the series. As much as I would like the asteroid connection to make sense and somehow tie into the Moon, as far as I can tell there’s just nothing there. Most likely, the asteroids were probably chosen simply because she was running out of celestial bodies in the solar system to use for Sailor Soldiers, and the asteroid belt happened to be the most convenient “neutral” choice (since they’re not associated with any other planet).

What do you think of this explanation, then? Does it actually explain anything away, or could it just be a false lead of only vaguely-related concepts? If you have any other theories for how the Sailor Quartet ended up as ChibiMoon’s guardians, I’d love to hear them!

20 thoughts on “Why Did the Amazoness Quartet Serve as Chibi Moon’s Guardians?”