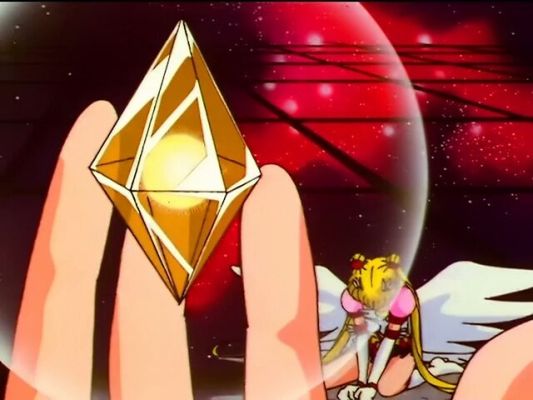 I’m sure you don’t need me to tell you that the world of Sailor Moon must be a tough one to live in.

After all, on any given day you could just be waltzing along, minding your own business, when all of a sudden some jerk comes along and saps your life force energy, snatches your Pure Heart Crystal, removes your Dream Mirror, or tears away your Star Seed. And if your name is Naru, it’s pretty much guaranteed that every single one of these will happen to you. Poor thing.

But out of all of these enemy-luring plot devices, the idea behind the Star Seeds always seemed the most confusing to me, especially as they relate to the general “citizenry” of the Sailor Moon universe. So, in an attempt to try to make some more sense of the whole thing, I decided to do some research into what a Star Seed actually is.

Join me as we take a trip back to the 1970s, and explore some New Age religions in an attempt to unravel what Star Seeds are, and how they tie into Sailor Moon. Sit tight, it’s gonna be a bumpy ride!

While I could probably drone on for awhile about what it is about the Star Seeds that just don’t sit right with me, I think my biggest gripe is the fact that everyone has one. I get that Sailor Crystals1 and Star Seeds are supposed to be essentially the same thing, but the rules on how they operate are completely different.

And don’t get me started on the whole weirdness introduced in the anime of why having your Star Seed removed turns you into a Sailor monster. That doesn’t even begin to make sense, even in the context of the Sailor Moon universe.

So, as I’m wont to do, I decided it was about time that I take a look into whole Star Seed concept to see if anyone far wiser than myself had decided to tackle the issue. What I found, however, was far more surprising:

Apparently Naoko didn’t make up the concept of Star Seeds.

That honor goes to author Brad Steiger,2 and his 1976 book Gods of Aquarius. Long time readers might be tipped off to other possible Sailor Moon connections with the Aquarius reference.

In his book, Mr. Steiger argued that:3

[C]ertain people originated as extraterrestrials and arrived on Earth through birth or as a walk-in to an existing human body.

These extraterrestrials-turn-human living among us are known as “Star People,” though alternatively referred to as “Star Seeds” or “Indigo Children.”

What’s most interesting about this concept — especially in context of applying it to Sailor Moon — is the idea of an extraterrestrial becoming a human through birth, i.e., being reborn on the Earth. To provide a little more background on this concept:4

Star Seeds are beings that have experienced life elsewhere in the Universe on other planets and in non-physical dimensions other than on Earth. Star Seeds may also have had previous life times on earth.

So there isn’t an exact 1:1 relationship between a person and a Star Seed, but rather a Star Seed is essentially the “soul” of sorts that is continuously reborn throughout the universe, and in certain cases on Earth. 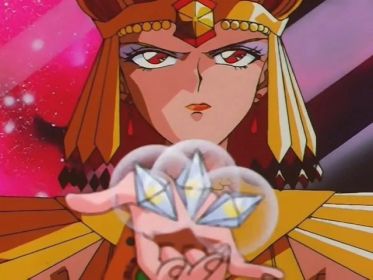 Unlike what we see in Sailor Moon, according to the belief, not all humans are Star Seeds — in fact, only a small portion of the population actually are. Rather, Star Seeds (essentially, the spirits of beings from other worlds or dimensions) are drawn to the Earth and humanity in order to develop spiritually, as well as out of a desire to save humanity.5

The motivations for all Star Seeds to come to Earth are to help and serve mankind as well as planet Earth. These beings very often have gifts to share with others such as in the areas of healing, channeling and spiritual education. There is a strong desire in Star Seeds to help others and usually there is a plan made prior to birth as to how this may be manifested and expressed when they become a human being.

Are you thinking what I’m thinking?6 Because the more I read about this, the more I start to suspect that Ms. Takeuchi took the basic concept behind the “Star Seed” belief and applied it to Sailor Crystals, all the while adding in her own magical storytelling touch, of course.

Space aliens reborn on the Earth? Check. A strong desire to do good for humanity? Yup. Possessing special powers? Sounds about right. Reborn over and over again? Oh yeah.

While I’m by no means an expert on this system of beliefs, I think we can somewhat safely say that Ms. Takeuchi at least referred to the idea when putting together the Sailor Stars story arc. What’s most interesting to me, though, is the inclusion of everyone possessing a Star Seed and then using the actual Star Seed concept for the Sailor Crystals. 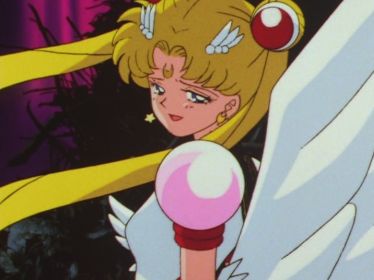 Usagi remaining compassionate in the face of losing so much

Though I can’t really say whether knowing about the inspiration that led to the Star Seeds as they appear in Sailor Moon makes them make any more sense, I can say that it definitely does give me a lot to think about, especially with regards to the Sailor Crystals and how many other Sailors there may be living on Earth, yet to be discovered.

But that’s just me. What do you think about all of this? An interesting insight into how Sailor Moon came together, or yet just another “cool-sounding” name borrowed for use in the series? Let me know your thoughts about this! And if you have any similar connections to Pure Heart Crystals and Dream Mirrors, I’d love to hear about them!

17 thoughts on “Where Did the Concept of Sailor Moon’s Star Seeds Come From?”