One of the more enduring mysteries about the Sailor Moon anime franchise is what the “R” in the second season of the anime, Pretty Soldier Sailor Moon R, actually stands for. While I wouldn’t go so far as to say it’s “hotly contested,” it is one of those questions which you’ll get a different answer for every person you ask. Before we go on, though, one thing to get out of the way is to discuss the way that Ms. Takeuchi handles this in the manga, seeing as the manga didn’t have seasons, per se, even though the themes of the stories did change in both the anime and manga around the same time and always happened around March or April of each year.1 In the manga, the five major story arcs are named:

The anime, by contrast, in Japan is referred to as:

There is some debate among fans regarding Sailor Moon S as well and whether or not it stands for Super, since it seems silly to have Super followed by SuperS, but alas, that is irrefutable due to the fact that the title is sung during the eyecatch.2 You can watch and hear it for yourself here!

So that brings us back to “R” and where the title comes from! Unfortunately, the eyecatch is of no help, since it simply says “Sailor Moon R!” There are many theories floating around, including that it stands for Romance, suggesting that this is because the series takes on more of a romantic turn in the relationship between Usagi and Mamoru. However, that theory doesn’t really pan out, since the anime had to run with Cardian storyline for three months3 to allow Ms. Takeuchi to get ahead in the manga so they could follow the story.4 This means that they wouldn’t have known yet that the theme of the series was ‘romance’ anyway.

Other common theories are Return (since the series came back to the airwaves), Rabbit (after Usagi), Remake (since it’s theorized that the characters were reborn and the year was restarted, explaining no change in age), and Ribbon (… no idea where this came from!). One strong contender for the Return theory is that on the TV program Quiz: Hint de Pint,5 which also aired on TV Asahi (the same station that Sailor Moon aired on) the host, Masaru Doi, read the title of Sailor Moon R as “Sailor Moon Return” in the episode airing July 25, 1993. 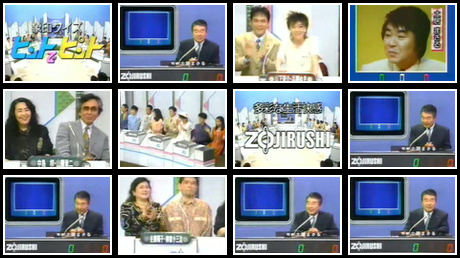 While we can’t say for sure, one thing that further adds to the mystery is that there’s another series which came out right at around the same time which to which the author also gave its sequel the “R” title after its name: the science fiction Somon Valley series by Katsuhiko Takahashi.6 The Somon Valley series first made its debut in 1985 and the follow-up novel, Somon Valley R7 was released in 1991. Now at first glance this could just be a coincidence, but it’s also worth noting that the producer of the Sailor Moon anime, Iriya Azuma,8 belonged to the science fiction club of Keio University (incidentally, the same university Motoki Furuta and Mamoru in the anime attend) and is apparently quite familiar with science fiction in general. It wouldn’t be too far fetched to say that Mr. Azuma was influenced by this title when name the new Sailor Moon anime series.

Regardless of which camp you fall under, it’s an enduring mystery that will keep people guessing for quite awhile longer, I’m sure, or at least until some sort of behind-the-scenes reference material comes out! Hopefully one day we’ll get an straight answer, but for now we’ll just have to enjoy theorizing!

17 thoughts on “What is the Story Behind the R in Sailor Moon R?”