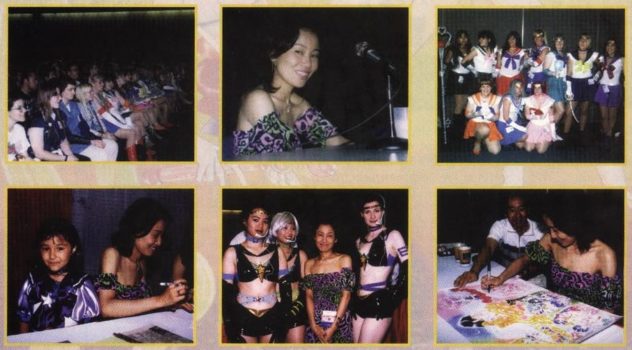 I am what you could reasonably call a longtime Sailor Moon fan — a “lifer” if you will. I was there when the series was taken off the air, came back on the air, and was taken off again. Yours truly remembers when “new” episodes of Sailor Moon meant the last part of the Sailor Moon R anime that DiC never bothered to get around to dubbing.

And then there were the misguided Sailor Moon / Pop-Tarts campaigns.

Today we’re going to talk about something a little different: we’re going nearly 20 years into the past to talk about the time that Ms. Takeuchi addressed American Sailor Moon fans and answered some of our burning questions. It’s gonna get interesting, so stick around! 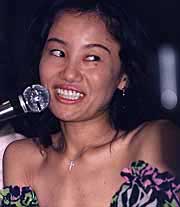 Despite the fact that anime and manga have been popular in the west for about 20 or so years now, it’s actually pretty rare for Japanese anime directors or manga artists to interact directly with their western fans — and Ms. Takeuchi is no exception.

Whether this is due to cultural values and not wanting to stand in the spotlight, or simply a matter of language woes, is probably an issue hotly debated among Japanese History majors, but it doesn’t change the fact that the only time that North American fans have been able to directly interact with Ms. Takeuchi without leaving the continent was back during the 1998 San Diego Comic-Con.

But what interests me most about this event isn’t the nationality of the fans, no. It’s that it’s one of the few times where adult fans were able to ask Ms. Takeuchi questions directly, and her answers are particularly enlightening.

Though this is long before the days when these types of events were streamed, or even recorded, luckily for us this event was covered by at least two magazines of the day: Animerica 1 and Smile.2 There are some discrepancies in coverage of the event from what we see in these magazines and from fan site reports written at the time,3 but that’s to be expected if no audio recordings were made. For the sake of consistency, I’ll be referring to Animerica‘s coverage.

Read also:  Where Did the Members of the Dead Moon Circus Get Their Names?

Enough of me talking, let’s take a look at some of the mysteries solved by the creator herself!

About the lack of a Sailor Earth…

“That would be Tuxedo Mask,” Takeuchi answered, going on to explain that his surname, Chiba, is written in Japanese with the kanji for “Earth.” Tuxedo Mask is indeed her ideal man, she said, because “I like men I can’t rely on.”

Though this isn’t exactly a “hotly debated” topic among fans anymore, at one time it was. Especially in the days before many of the North American fans were even aware of much of the Sailor Moon series outside of what scraps of information could be found online. Back then, it was entirely possible new Sailor Soldiers could show up at any time. 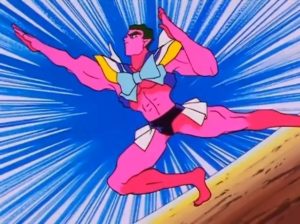 I mean, technically there are male senshi…

Takeuchi explained that in her manga, the Starlights were women, but in the Sailor Moon Sailor Stars video series, their gender was made to change from male when they are in their civilian entities to female as the Starlights.

Apparently Takeuchi hadn’t been terribly pleased with this decision, the reason for which became clear in answers to questions about Sailor Uranus, whose relationship with fellow Sailor Neptune had always been a matter of conjecture.

“All the Sailor Scouts are girls,” Takeuchi said firmly. “Haruka has always been a girl and always will be.”

There are some interesting debates nowadays surrounding Haruka’s gender in the manga and in Sailor Moon Crystal, but at least in 1998 this was Naoko’s firm stance on the issue. Of course, one could always make arguments for or against the matter under the “Death of the Author” theory on literary interpretation,4 but such analyses are for greater minds than myself.

However, I do wonder if her answer would be different if she were asked today.5

About Haruka and Michiru’s relationship…

She also confirmed that the pair were indeed intended to be seen as lovers. “Uranus has the heart of a man, while Neptune is more girlish,” she said.

A fan also covered this question in further detail, explaining:6

The question “Are Uranus and Neptune really lovers, and if so why did you make them gay?” came from a young female fan who wanted a clear answer. The translator for the event left Naoko-san in a lurch, not fully comprehending the homophobia in the West that makes such a pairing unacceptable to some. Naoko-san’s answer was that, “YES, they were a couple!”

Naoko-san obviously saw no problem in such a relationship, commenting only that Neptune was “feminine” and Uranus “masculine” and joked they had a relationship because “they had lot’s of time on their hands.”

What’s most significant about this question to me is that while we all look at the relationship between Haruka and Michiru as obviously romantic nowadays, as far as I can tell neither Ms. Takeuchi nor the anime producers have ever officially commented on their relationship in Japanese media. It’s just something that everyone knows, but no one actually says out loud. Except, you know, Naoko did back in 1998. In San Diego. 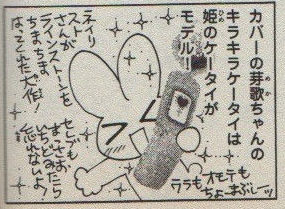 And that brings us to the end of this Sailor Moon retrospective. If you’re interested in reading the full reports for yourself, I’ve uploaded the coverage by Animerica (p. 10 and p. 26) and Smile (p. 30 and p. 31) here for your reference.

Now, of course, as the author of a blog that specializes in answering Sailor Moon questions, I have to ask: if you had a chance to ask Ms. Takeuchi any question, what would ask her? It’d be tough for me to narrow it down to just one, but I’d probably ask about how the Silver Millennium worked. I just want to know!!

12 thoughts on “What Information Did Naoko Share With American Sailor Moon Fans?”