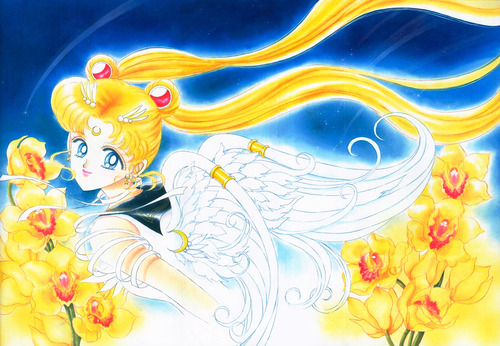 Right from the moment that you first read the series’ title, it should be apparent to even the most casual observer that Pretty Soldier Sailor Moon likely has something to do with space.

As you read/watch more of the series, it continues to drive this home as new space-themed characters are added and the story leaves the boundaries of Earth to travel to the Moon, asteroids, and beyond.

With all that in mind, you’d think that the climax of the series — named Sailor Stars no less! — would practically be a love letter to all things space-related. And you’d be right.

Today we’re going to talk about the less-discussed flower-themed imagery hidden within Sailor Moon Sailor Stars. You may want to put on some gardening gloves, because we’re about to get dirty! 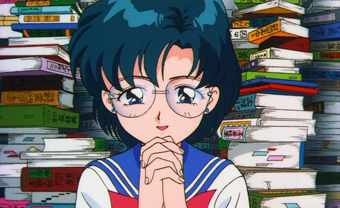 First off, I just want to mention that this is another one of those theories that I would encourage you to take with a heavy pinch of salt. It’s more of an observation than anything else, and Ms. Takeuchi has never (to my knowledge) commented on the subject, so we don’t have a lot to work with.

That being said, I do find that there are a lot of “coincidences” in Sailor Stars that are more easily explained when taken in context of Ms. Takeuchi purposefully putting in a flower theme into the story rather than it being a flight of fancy on her part.

So what am I even talking about, anyway? 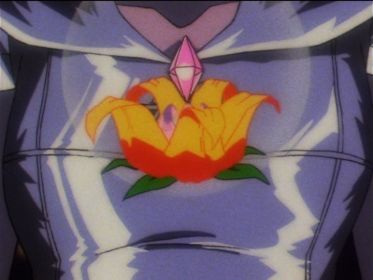 Well for starters, this is the season that introduces us to Star Seeds, essentially the “spirit” existing within every living person in the galaxy. The anime plays along with this naming theme and, whenever a victim has their Star Seed taken by one of the Sailor Animamates, a flower appears either in front of their head or chest and the Star Seed is seen floating out of it.

The Star Seed/flower connection is even stronger in the manga, where Ms. Takeuchi introduces us to Sailors Phi and Chi — the Sailor Gardeners who tend to the gardens filled with the Star Seeds reaped by Galaxia.

And this is hardly the only connection we’d see in the manga.

Earlier in the story, after Sailor Moon had lost most of her friends and was on her way to confront Sailor Galaxia, she’s confronted by Sailor Lethe, the more aggressive of the twin Sailor Soldiers of the rivers of memory. During their brief battle, Sailor Lethe tries to kill Sailor Moon with an attack known as “Galactica Myosotis Alpestris.”1 As I’m sure all of you botany fans out there already know, myosotis alpestris is the scientific name for the flower known as the “forget-me-not.”2

Continuing on, this time with Sailor Moon’s newest allies, the name Kinmokusei itself is a play on the osmanthus fragrans flower,3 an image that is further reinforced when you see that Princess Kakyuu’s crown is covered in these flowers. 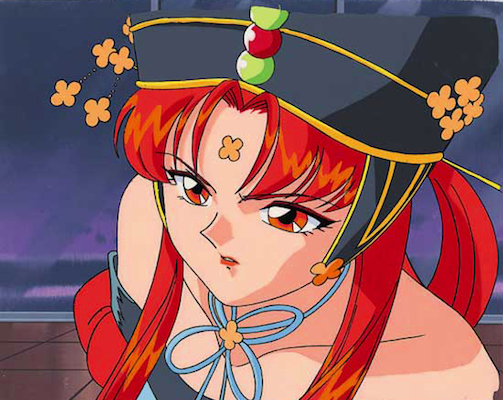 Even if the flower connections were to stop there, I’d still say we have enough to argue that Ms. Takeuchi was seeding4 the story with flower references. But there are still two more important connections that we haven’t looked at.

Last but not least, we have the stars of our show: Sailor Galaxia and Sailor Cosmos themselves.

At first blush, it’s obvious that these two are named after the galaxy and cosmos respectively… and I wouldn’t dare disagree with that — they definitely are. However, it’s possible that there may be more than meets the eye here. 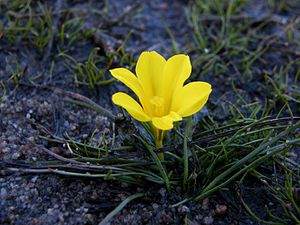 Galaxia,5 a member of the moraea genus6 of the iridaceae family of flowers,7 better known as Cape Lilies, are short plants with solitary flowers (in both yellow and purple varieties) found in South Africa. Though by no means a “nail in the coffin” connection here, the solitary flower connection fits well with Sailor Galaxia’s story of having been alone on an impoverished planet, and the yellow → gold image isn’t too shabby either. 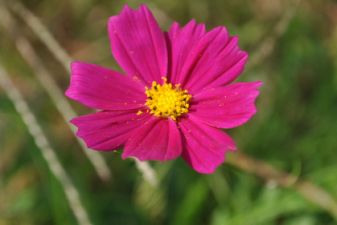 Not willing to be outdone, Sailor Cosmos can also join in on the flower game. The cosmos genus8 is a member of the sunflower family that comes in a wide array of colors and can be found all across North and South America, in South Africa, and even as far as Asia.

Though typically a fall-blooming flower, there are varieties (many of which are popular in Japan)9 which reach full-bloom in early- to mid-summer. Say, somewhere around June 30th?

This isn’t quite what I had in mind

While nothing here offers any life-changing insight into the Sailor Stars story arc, I personally feel that the oft-overlooked connection to flowers is an intentional detail that Ms. Takeuchi worked on adding into the fifth and final season. We know that flowers mean a lot to her, and she had previously even named a story after them, so I find it hard to believe that she would just throw all these connections in on a whim.

But now it’s your turn! Are there any other connections that I’m missing? Maybe some other flower references in Sailor Stars, or maybe other important ones from earlier in the series  (besides Tuxedo Mask and Sailor Jupiter, of course)? I’d love to know if there’s more to this theory… or if really is just complete bunk!

4 thoughts on “Is Sailor Stars Really a Story About Flowers?”