The Tragic Passing of the Sailor Soldiers

Talking about the Sailor Moon timeline is a bit of a grey area right out of the gate, simply because the anime and the manga obviously differ, and pretty greatly at that. Obviously this is a fictional universe so we can’t hold out a lot of hope for things to be 100% accurate, nor should it be. If we were concerned with absolute accuracy, I’m pretty sure we wouldn’t be talking about junior high school girls fighting the forces of evil to begin with! But to the extent that we can recreate the timeline and make some sense of it, I think it’s a worthwhile endeavor.

We talked in-depth before regarding how long the fight against the Dark Kingdom and Queen Beryl would have taken and ultimately came up with thirty-three days, with a lot of caveats of course. Though I haven’t checked the anime – and with 46 episodes which need to be watched, I’m afraid it would take an incredibly long time to do a thorough analysis – but my gut instinct is that there the battle against the forces of the Dark Kingdom took a little under a year, though seems to be fair to assume that the series followed along close to real time.1 These timeline issues actually are pretty helpful in answering the above question, regarding how the Sailor Soldiers came back to life after their untimely demise in their battle against the D-Girls in the anime. That’s right! Today, we’ll be talking about the anime timeline, though we’ll turn back and tie this into the manga where we can. 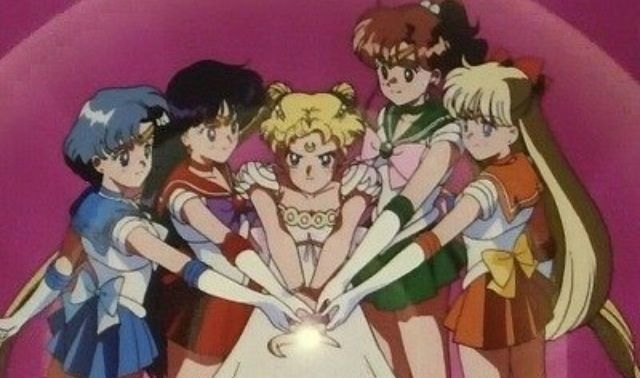 And yet, they still came back to help their princess…

One of the popular theories was that when the rest of the Sailors were revived, they were brought back with no memories of the events of their lives as sailor-suited soldiers of justice while Usagi and the rest of the world had their memory wiped. The Cardian arc, at the opening of Sailor Moon R, definitely supports this theory. As it turns out, that is close to what actually happened according to the anime canon, but not quite the whole story.

The December 1993 edition of Animage magazine2 featured a “100 Secrets Revealed” special together with an interview with the Sailor Moon R series (including the movie) director, Kunihiro Ikuhara3 as a lead-in to the then-upcoming Pretty Soldier Sailor Moon R: The Movie. Question number 304 asks the following: 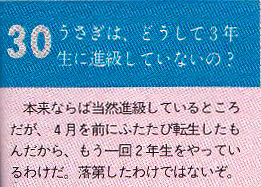 Why isn’t Usagi a third year in junior high school yet?

To which the following answer is given:

Normally, she would have definitely moved up a grade, but since she was once again reincarnated prior to April, she’s re-doing her second year of junior high. She didn’t flunk out, really!

While the Japanese uses the term “reincarnated” (転生), considering it then states that she is repeating her year as a second-year student, it would likely be more correct to interpret this as the world having been reset. After all, if it was just her who had been given a new body and reborn, then the rest of the world wouldn’t change with her (and thus she would have naturally gone to the next grade in school). Now, while it seems safe to say that this here is enough of an open-and-shut case, do we have any other evidence to go by?

We do actually have at least one other interesting fact to support this theory that the world had been reset: the cram school which Ami attends in the first season is called the “OK Cram School” (OK進学塾) while in Sailor Moon R, she attends “Absolute Success Cram School” (絶対合格塾). This could be chalked up to a slip-up by the writers of the anime, however, but it is worth mentioning especially when you consider how well they’ve done at keeping consistency throughout much of the series (which is quite a feat across 200 episodes, though they definitely were far from perfect!).

And what about the manga? Well, without any direct statements made on the matter (and without the wiping of everyone’s memory like what happened in the Cardian arc in the anime in Sailor Moon R), there’s not much to go on. But if you look out into the future of the series, it makes sense that there was a repeat year in there. If Usagi starts in 1992 as a second-year junior high school student and enters high school in the Dead Moon arc (SuperS in the anime) in 1995, that means there’s one missing year.5 Assuming that Ms. Takeuchi didn’t just have the characters enter high school at a random time (which – to be fair – the anime did), that means we have one extra year that needs to be dealt with, which could be explained away by the “reset” between the Dark Kingdom and the Black Moon, as was done in the anime.

Of course, this is just a manga and anime and there are more than a few inconsistencies throughout the series, so we can’t get hung up too much on the details like exact dates and times, but this definitely puts forth a pretty strong argument for what happened to the Sailor Team and how they came back to life by the time Sailor Moon R rolled around!

12 thoughts on “How Were the Sailor Soldiers Reborn After the Fight With Queen Beryl?”