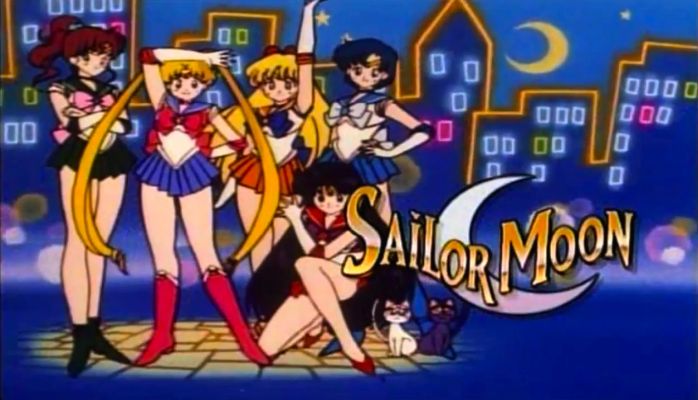 Over the past 20+ of my life that I’ve been following the franchise, I’ve always found myself in awe of the fact about just how great of a time it is to be a Sailor Moon fan right now. However, I can think of few years as pivotal as 2000 was.

After all, it wasn’t every day that you finally got a brand new season of your favorite show after a three year hiatus. Sailor Moon S hit North American shores with such immense force that it wouldn’t soon be forgotten… for better or for worse.1

Today I’d like to take you back through time for a glimpse into the Sailor Moon fandom back in the year 2000 as we analyze just how much it has — and hasn’t! — changed in the past two decades. Stick around, read along, and don’t forget to sign my guestbook!

Before we begin our discussion on how things were looking in North America, though, we should probably talk about how Sailor Moon was doing in its homeland back at the turn of the century.

In the Land of the Rising (Sailor) Sun

While by no means forgotten, the franchise was pretty much running on auto-pilot in Japan at this point in time. The original manga volumes were selling respectably and the anime could still be caught in re-runs, but the only “new” material really being generated were Bandai’s biannual SeraMyu musicals along with a smattering of fan-made “garage kit” resin models.

It wouldn’t be until 2001, with the launch of the Sailor Moon World-branded toys, cards, and associated other products, when we would see any new life breathed into the series. I think Ms. Takeuchi and the formation of her license-management company, Princess Naoko Planning, played a major role in that revival.

Every Rose Has Its Thorns

While Sailor Moon was happily coasting along in its homeland, the series was finally beginning to build up momentum in North America after several years of wallowing in syndication.

On August 31, 1999, Pioneer Entertainment released English subtitled versions of the Sailor Moon movies with edited English dubs to come the following year.2 While it was groundbreaking at the time to finally get uncensored official Sailor Moon media, censors once again reared their ugly heads: while the dub was rated as appropriate for 5 year olds, the subtitled and unedited cuts got a rather strict suggested audience of 13+.3

Two Steps Forward, One Step Back

While this may have been a source of annoyance for the still-nascent anime community in the West, things were about to get turned on their heads in the summer of 2000 when an English dub of Sailor Moon S finally hit the airwaves — the first time that Sailor Moon fans would see a new English episode since Fall 1997.4

There was only one problem: Cloverway Inc. (CWI), the representative office of Toei Animation for the Americas,5 seemed almost as intent on whitewashing series as their DiC predecessors. I’m sure you’re all aware of the Amara (Haruka) and Michelle (Michiru) being cousin’s along with the latter’s “first kiss with Brad, the cutest guy in school.” 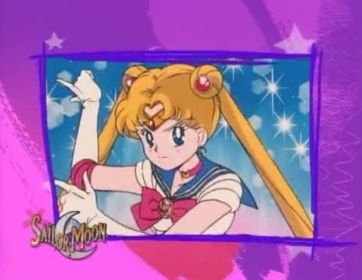 The More Things Change the More They Stay the Same

With that little history lesson out of the way, I think we’re in a good spot to take a look at how the Sailor Moon fandom responded as a community to the newest developments in their favorite franchise. For anyone who’s been a part of any large online community for any period of time, you can probably guess.

You had your purists (“subs rule, dubs drool!”), your centrists (“it’s okay even with its flaws”), your apologists (“CWI is just doing what it has to do to be on air”), and the happy people who know nothing about all this drama. Websites, forums, and mailing lists were filled with heated conversations between these various groups as each argued the merits of their own views. Pretty much just like you see in discourse nowadays!

I do think there’s merit to some of the the more forgiving arguments, however. While 20 years on we can talk about how absurd it is to edit cartoons so heavily, we shouldn’t readily evaluate actions in the past with the same value set that we have today. Funimation themselves even tried to explained — and apologized for — their extensive edits to Dragon Ball Z on their official FAQ:6

Q. Why do you censor the show?

A. Believe it or not but we hate censoring the show as much as you hate seeing it censored. The level of censorship is determined by the broadcaster, not FUNimation. The first 53 episodes were created under the censorship authority of Saban. Each episode had to be blessed by an independent censorship authority before it could be aired. These episodes were also created for “free TV” which requires stricter FCC censorship guidelines than cable. We at FUNimation agree that many of the censorship issues have been pretty ridiculous and that the series should remain as pure to the original form as possible. This has been a constant battle for us since we feel most of Dragon Ball Z is perfectly suitable for all ages and teaches great moral traits such as honesty, friendship, good vs. evil, etc..

In my opinion, CWI’s biggest fault was one of consistency. The writing was all over the place, from highly adapted episodes that only loosely followed the Japanese to other episodes with stilted, literally translated dialogue. Attack names and transformation phrases varied from one episode to the next. Some characters were renamed (Setsuna→Trista) while others were inexplicably left alone (Hotaru→Hotaru). 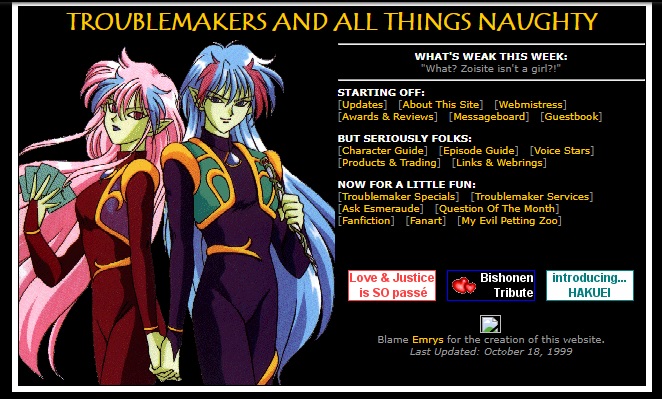 While the version of Sailor Moon that fans got may not have exactly been ideal, this new injection of content helped to reignite the passion in fans who had moved onto newer series and drew in much-needed new blood into the community. In fact, many of you reading this right now probably first cut your teeth, so to speak, on this version of Sailor Moon!

Even with all of its shortcomings, this new dub led to a flurry of activity among new and old fans alike. Fanfiction, character shrines, and even simple web pages devoted to pointing out the discrepancies and “educate” others about (your take on) what is the true story of Sailor Moon became common place.

Lacking the massive social media networks that we have now, many fans were left to explore their hobby in a solitary manner in the hopes of using that as both of an outlet to express themselves and as a way of finding community.

Honestly, I think the edits kinda made sense sometimes…

It’s always hard looking back on the past because it’s far too easy to come across as either overly critical or to glorify “the good old days.” While I look fondly on those days of my misspent youth running my own Sailor Moon fan site, moderating Sailor Moon message boards, and even staying up late into the night arguing with people on guest books about things that didn’t really matter, I realize that it’s the memories that I treasure and not necessarily the events themselves that were important.

That being said, I do believe that this was a critical time for the North American Sailor Moon community. Were it not for the young kids who grew up watching the show on Toonami in the early 2000s, I’m not confident that there would have been nearly a strong enough fan base to justify all the amazing US-only merchandise we see nowadays or the theatrical releases.

So that’s enough of my rambling on. What was your first exposure to the Sailor Moon franchise? I’d love to hear about any memories you’d like to share down below!

30 thoughts on “How Has the Sailor Moon Fandom Changed Since 2000?”