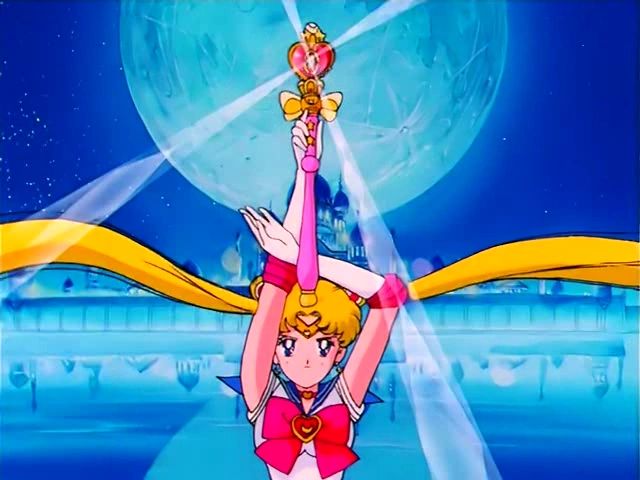 What happens if Mamoru eats too many burgers? He has a Moon Spiral Heart Attack.

If you try to sit down with a friend – or worse, older family member – who knows absolutely nothing about anime, in my experience at least, one of the first questions you’ll get asked is “Why doesn’t the enemy just attack them while they’re doing the stupid poses?”

To be fair, it’s actually a pretty legitimate question for ask, especially for the uninitiated who are used to western superheroes who just throw out attacks and utilize their special powers without calling attention to it.

So today we’re going to take a look at why the Sailor Soldiers call out their attacks, and whether or not there’s any meaning behind the poses they do!

Though the attack phrases were still very much a part of the manga, it’s a bit harder to gauge whether or not the Sailor Soldiers also need to assume certain poses in order to attack since there’s obviously no motion on page. I’ll leave that interpretation up to you, dear reader, but my belief is that they probably do make poses to attack, though they’re probably less involved than the anime.

The easiest and quickest response to this question of why they call out their attacks would be to say that it’s because Sailor Moon is heavily based on the tokusatsu formula,1 which is pretty well known for its absurd attack names and action poses. That’s probably one reason why kids on the playground love it so much.

But are these attacks just a way to make a cool gimmick for kids to imitate? Is it a trick to cut down on animation time and save money? Are the phrases even necessary to perform the attacks?

Well, my cynical friend,2 while I can’t answer the first two questions – though could you really blame the producers if the answer to them was “yes”? – I can answer the third.

We’ve actually seen on several occasions in the series that it’s not necessary for the Sailor Team to perform their moves or shout out their attack phrase in order to attack. Makoto, Minako, and Rei all show this in the final showdown at D-Point,3 though there are plenty of other occasions.

So if they don’t need to call out their attacks, then why do they?

This is all a part of a Japanese safety standard known as Point and Call (指差喚呼; shisa kanko),4 method for improving safety by requiring a person to physically indicate what they are doing in addition to physically pointing in the direction they are looking in order to make them focus on the task at hand.

The concept was first put into policy by the Kobe Railway Administration back in 19135 and exploded across Japan from there, before moving out to Taiwan, China, Korea, and other parts of Asia.

While this is most typically seen in pop culture in the context of the train industry,6 with the conductors and station staff waving their arms about wildly and shouting out phrases as the trains come and go, it’s actually pretty common throughout a lot of Japanese life. 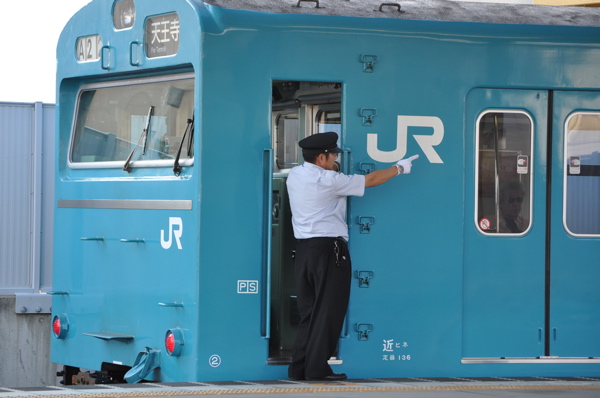 Anecdotally, I had to indicate verbally and point out every direction I checked when getting a Japanese driver’s license, and they encourage you to do it even at home. Also, when going through CPR training in Japan, they tell you to shout out each step to keep track of what you’ve done and what you need to do next.

Since you’re putting in all this effort, is it actually effective?

Yes, and very much so.

In 1994, the Railway Technical Research Institute put this to the test7 by having workers perform a series of 100 tasks using either:

In case you had any doubts in your mind about the efficacy of pointing and yelling while you carry out mundane tasks – yeah, it works. In addition to forcing you to focus on the task at hand, it also helps avoid getting ahead of yourself and the human tendency to take shortcuts.8

So what does safety protocol have to do with thunder crashes and moon tiaras?

While occupational safety is one of your last concerns when unleashing death upon your opponent, you have to admit that it must take a high degree of concentration to focus these powers into the highly directional attacks that you see in the series. Indeed, in the times where you don’t see them go through the motions (such as the aforementioned battle against the D-Girls), the attacks are unfocused blasts of energy. 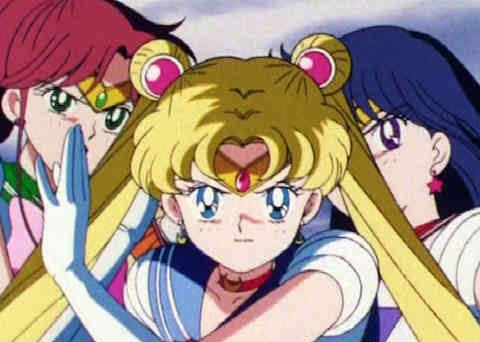 Secondarily, and especially with regard to sentai series, I think you could make a good argument that the call out their attacks also as a way of keeping the other members aware of what’s going on – much like a SWAT team member would shout when his room is “clear,” or a basketball player would yell that she’s “open.” If I know a Fire Soul is blowing through, I would probably act different.

So, what do you think of all this? Do you think that the special attacks are just an artifact of Sailor Moon being an anime, or do they actually serve some sort of deeper purpose? Something else?

Obviously, there’s no right answer to questions like this, but it’s nice to think there’s some sort of deeper purpose!

26 thoughts on “Why Do the Sailor Soldiers Call Out Their Attacks?”