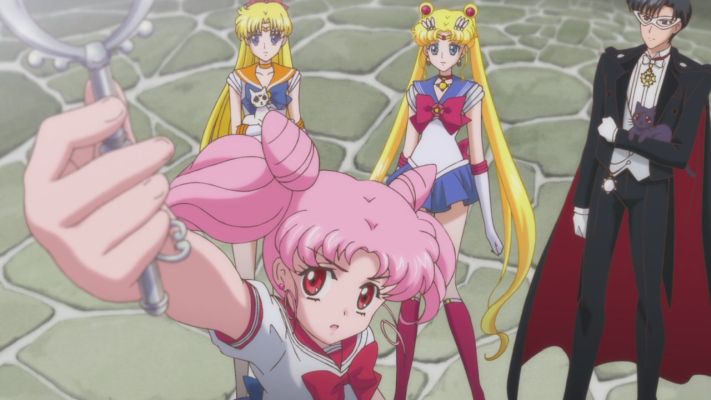 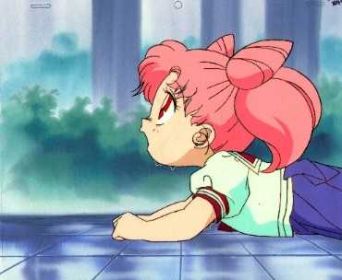 Just for the sake of avoiding any confusion, I want to be clear that what I’m discussing below is nothing other than a theory based on my own observations, and may not be — in fact, it likely isn’t! — what Ms. Takeuchi intended to be canonical fact within the series.

That being said, however, I still think it’s interesting enough to warrant a discussion, so let’s move on!

First up, let’s get what we do know out of the way: we know that ChibiUsa most definitively comes from the future, that she comes from Crystal Tokyo, and that she’s the daughter of Usagi and Mamoru, even if she does have cotton-candy-colored hair.

Actually, I’d like to amend that. We know that ChibiUsa comes from a future. The question is whether or not each ChibiUsa we encounter comes from the same future. 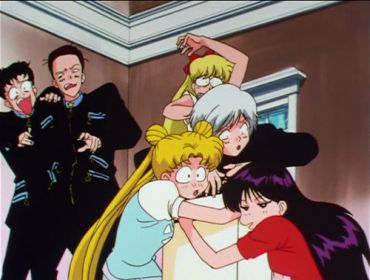 What do I mean? Well, why don’t we ask our good friend Future Trunks,1 who was another popular time-traveling anime/manga character in the early 90s.

One interesting thing about the plight of the so-called “Future” Trunks is that, essentially, absolutely nothing he does in the past has any impact on the future (i.e., his “present”). Despite him helping Goku and the rest destroy Cell and the other Androids before they’re able to carry out their plans of conquest, everyone is still dead when he returns to his own proper timeline. Essentially all he was able to do was create an alternate universe for those in the “past” by changing the trajectory of their timeline.

Before we try to figure out if that’s what’s going on with ChibiUsa, let’s first take a look at a few other pop culture depictions of how time travel works.2 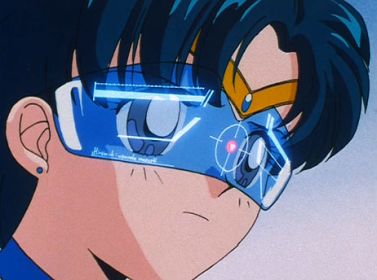 The Future Is Set (Fixed Timeline)

The most common example given for this type of time travel is Terminator, since one way or another, the timeline always finds a way of playing out exactly the same way — at least in terms of all the major details. Minor details can change, such as who did what, but ultimately the what will still be done, even if it’s a different who that’s doing it.3

The Future Is Set… But the Past Is Not (Multiverse)

It would be easy to mistake the story of Future Trunks with the method of time travel we just discussed above, but what we see in his story differs in one significant way: he is able to change the past, but that past is no longer connected to his future, creating a parallel universe and alternate story line. 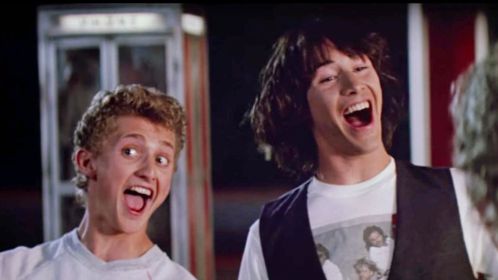 Change the Past, Change the Future (Dynamic Timeline)

The best and easiest way to summarize this is to just say Back to the Future and end the conversation there, but indulge me for a bit as I explain.

Essentially any actions a time traveler takes in the past can directly impact the future. Say, for example, that you go back into the past and let the captain of the Titanic know that there are icebergs out there, thus saving countless lives… and depriving future generations of Celine Dion’s overplayed song that defined teens of the 90s.

This concept of time travel, however, introduces an interesting little issue known as the Grandfather Paradox:4 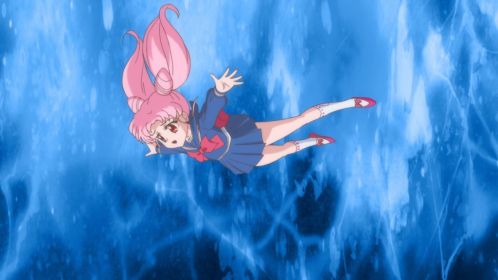 Sorry, back to ChibiUsa!

That’s all well and good, but what’s going on with ChibiUsa?

Well, it’s obvious that we’re not working with a fixed timeline for two reasons. First off, there’s the fact that the Sailor Soldiers in the future weren’t able to beat the Black Moon clan, and yet after some powering up, their past selves were able to do it upon coming to the future. Second, when the cats die in the Sailor Stars arc, this leads to them disappearing in the future.

What about a dynamic timeline, then? That would help explain away most of the differences, right?

It would… to an extent.

Sailor Pluto’s multiple appearances throughout the series call this possibility into doubt, as do the events of the Black Moon and Sailor Stars arcs. The moment that the Black Moon clan come back into the past and start killing the Sailor Soldiers off, for example, this should have had a dramatic impact on the future… and possibly even affected her ability to even come back into the past in the first place.

Then there’s also the fact that ChibiUsa continues to exist in the future, and even has an opportunity to come back to the past to fight, despite the fact that Mamoru has long since been murdered by Sailor Galaxia.

This is what ChibiUsa thinks of you and your plot continuity!

The best explanation, in my opinion, is that we’re dealing with a series of different futures in Sailor Moon, and each ChibiUsa that we see comes from a slightly different one.

Assuming this is true, the “future” that we see in the Black Moon arc comes from a time line in which the Sailor Soldiers fought against the Dark Kingdom and… that’s pretty much where their adventures stopped. Crystal Tokyo came about, the Black Moon revolt happened, and the story unfolds from there.

One major tip-off for this is that there are no Outer Soldiers in sight. While their job functions obviously differ, the planet Nemesis should technically be an extra-solar threat, so there’s no excuse for them to sit idly by and let things happen.

Once the Black Moon arc wraps up and ChibiUsa goes back to the future, I’d argue that the next ChibiUsa we see (ChibiUsa S?), in the Infinity arc, comes from a different universe than the one who faced off against the Black Moon. 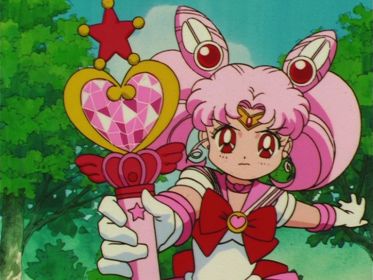 ChibiUsa S likely comes from a future where, much like before, only the Dark Kingdom and Black Moon arcs happened, but the Sailor Soldiers have otherwise lived in relative peace. You’ll note that she doesn’t know about Sailors Uranus or Saturn, and certainly doesn’t know who Hotaru is.

Finally, that brings us to the ChibiUsa we see in the Dream and Sailor Stars arc (ChibiUsa SuperS?). The biggest knowledge gap that we see here is that she knows nothing about the Golden Crystal, even though that whole ordeal is a large part of her father’s identity.

Even more importantly, though, is the letter that she brings back from the future from her mother: in contrast to the playful-but-queenly tone of ChibiUsa S’s mother, ChibiUsa SuperS’s mother writes in a scrawled handwriting and is the same comical Usagi we know and love. It’s pretty hard to believe that these were written by the same Neo Queen Serenity that we saw in the Black Moon arc. 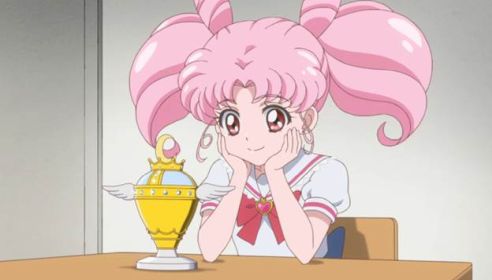 Of course, all of this is nothing but some wild and crazy theory, and I can’t really speak to its canon… osity… ness. It’s also a bit sad to think that each ChibiUsa we encounter throughout the series is a slightly different one from the preceding season, but I think it also adds a certain excitement to the series by reminding us that the future is not yet defined.

But I think I’ve rambled on about this topic long enough! What do you think about all of this? Is there any merit to the idea of ChibiUsa’s from parallel dimensions, or is this (yet another) overly-analytical look at the world of Sailor Moon? Let me know your thoughts!

34 thoughts on “Does ChibiUsa Come From an Alternate Timeline in Sailor Moon?”