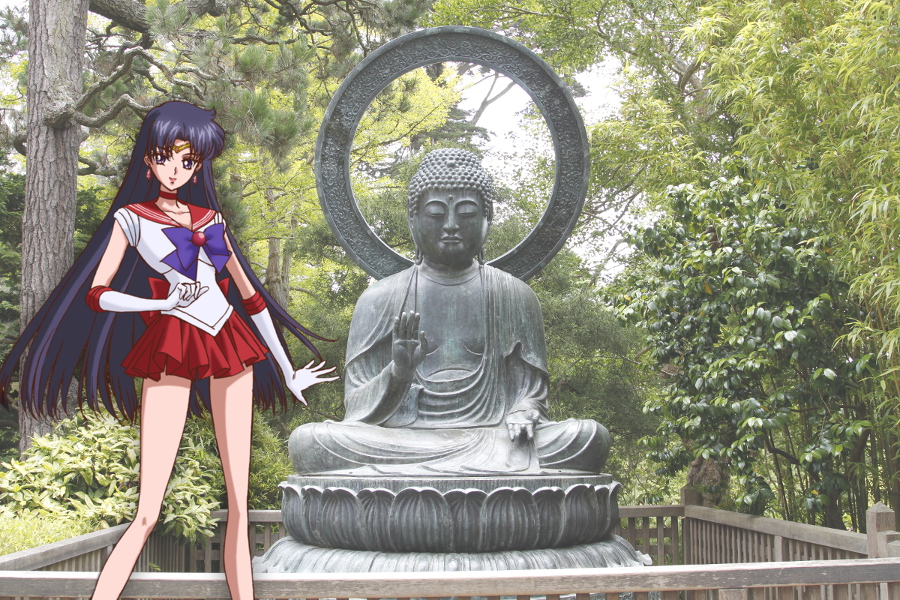 Could This Be Rei’s Darkest Secret??

I know that I’ve talked a lot about Rei and the rather confusing situation going on with her Christian/Buddhist/Shinto beliefs, but the more you look into it, the more unclear the whole situation behind the Hikawa Shrine becomes. It’s that time again where we take another deep dive into Grandpa Hino’s questionable religious affiliations!

Is she REALLY a Miko?

When you think of Rei and her spiritualism, probably the two main images that come to mind are her fire-reading sessions and her ofuda – the paper talismans she throws at enemies (and sometimes Usagi!) to stun then or ward off evil spirits.

As I’ve previously discussed, fire-reading doesn’t exist anywhere in Shinto., and is more than likely just a “cool” amalgamation of religious imagery added into the series to give Rei more of a mysterious spiritual side. The idea pops up again later with Michiru, who often comments on the sea feeling restless, etc.

And the ofuda? Well, they are definitely a thing and there’s even historical precedence1 to throwing them at evil spirits, so we’re okay on that one. However, ofuda are pretty widespread at both Shinto shrines and Buddhist temples, so this isn’t really all that definitive.

What I’d like to take a closer look at today is what’s actually written on these scrolls of paper – Rei’s famous aku ryo taisan (悪霊退散; evil spirits, begone).

You see, one of the big issues we’re confronted with here is that Shinto doesn’t actually have a tradition of exorcising evil spirits. In a nutshell, Shinto puts emphasis on the idea that humans are naturally good (i.e., pure), and that badness/evil is a result of one’s actions, spirits, or the environment.2 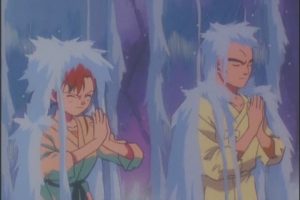 Makoto in a purification ritual (ep. 105)

So in order to get you back to square one, we’d need to actually purify you, the person, as opposed to exorcising the demon. Seems like a small difference? Kinda! Thing of it like the difference between salting/pickling food – which makes it inhospitable to bacteria – and pouring bleach on your food to kill mold that has grown.3

This isn’t to say that there isn’t any sort of exorcism going on in Japan. Far from it, actually! Unfortunately, these beliefs on exorcism either came over from China in the form of Onmyodo4 and Buddhism, or come from an amalgamation of those together with Shinto in the form of Shugendo.5

Until Onmyodo was banned in the Meiji period in order to further legitimize Shinto (and, by association, the divine authority of the emperor), onmyoji – practitioners of Onmyodo – were civil servants whose responsibilities ranged from:6

… tasks such as keeping track of the calendar, to mystical duties such as divination and protection of the capital from evil spirits.

Similarly, practitioners of Shugendo – known both as shugenja7 and yamabushi8 – were known to live an ascetic life up in the mountains to commune with nature in order to achieve divinity, by becoming closer to the Shinto kami. Interestingly enough, these were almost always men, who:

… came to be renowned for their magical abilities and occult knowledge, and were sought out as healers or mediums, although Shinto shrines had traditionally reserved this role exclusively for maidens known as Miko.

But, as you probably noticed, the title of this article isn’t whether or not Rei may be a believer of a Shinto offshoot with few-to-no active practitioners. Rather, there’s a hidden Buddhist side to her exorcisms – specifically in her aforementioned incantation. 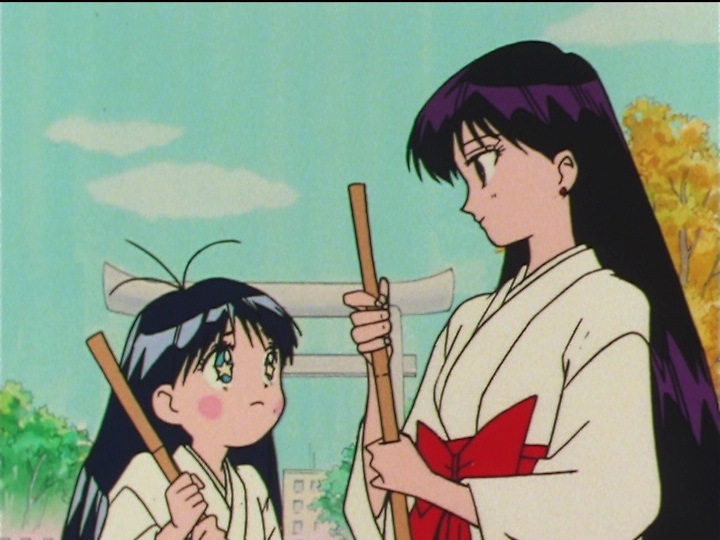 You see, the earliest reference to the incantation aku ryo taisan that I can find can be traced back to a Japanese Noh play titled Dojo-ji,9 named after a Buddhist temple of the same name,10 which dates back to the 14th or 15th century (depending on who you assign credit to for writing it).

In the story, the servants of the temple drive out an evil spirit — that of a jilted woman whose feelings went unreturned — by repeatedly uttering the phrase aku ryo taisan.11

While by no means definitive that this is a purely Buddhist tradition — since there very well may have been uses of the phrase that predate this usage — this is yet another nail in the coffin for just how authentically Shinto Rei is in the Sailor Moon universe.

Considering how little the vast majority of people in Japan actually know about the differences between Shinto and Buddhism, things like this are pretty easy to overlook, and actually rather understandable. However, I still find it pretty fascinating just how little of what we associate with Rei actually does come from the religion.