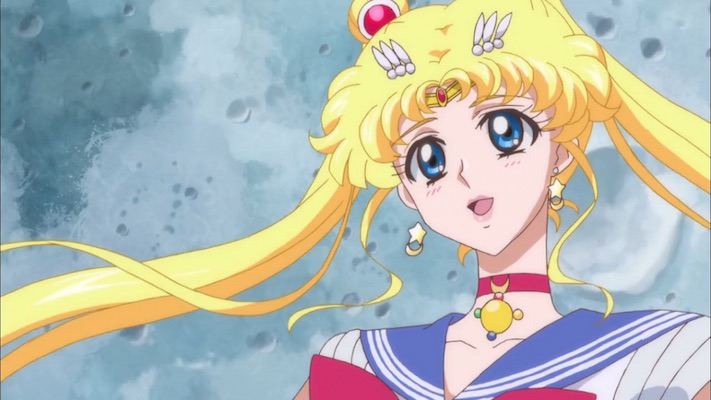 Ignoring all the other events that have taken place in 2017, it’s been quite a year for Sailor Moon. The series celebrated its 25th anniversary this year – making it a quarter-century old – and now has a significant number of fans that weren’t even born until after the series first debuted.

As someone who’s been a fan of the series for 20 of those 25 years, I’m incredibly excited to be a part of this amazing and active fan community.

To commemorate the end to such an exciting year, today we’re going to take a behind-the-scenes look at what 2017 was like for Tuxedo Unmasked. It’s been a great year, so let’s celebrate it together! 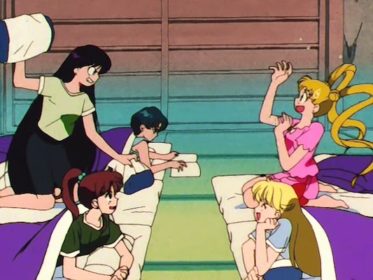 Part of what makes this blog what it is, in my opinion at least, is the fanatical approach to providing research sources, facts, and especially numbers. So let’s start this off with a by-the-numbers look at what 2017 has looked like for the blog (numbers are compared against 2016)!

I was a bit surprised by this myself, since it’s not like my posting frequency has increased at all. In fact, quite the opposite. When I started this blog I was posting about 5 days per week, and average 2-3 now.

However, I think I know where this change came from. In the early days of Tuxedo Unmasked, I used to make two types of posts: Articles and Tidbits. Articles are what you’re probably most familiar with now, the long-form writing covering a single topic in-depth. Tidbits, on the other hand, were posts that I didn’t think needed an in-depth look and were kept to 500 words or fewer.

From the start of 2017, I decided to stop doing short-form Tidbit posts and give every topic the full-blown, obsessive research treatment. Yay?

As I mentioned, I decided to cut back on the sheer number of posts in 2017 in order to add more content… and yet I still got more articles out. I have no idea how that happened. I suspect Setsuna may be involved…

And that’s all thanks to you wonderful people! I try to reply to comments wherever possible, and these often serve as another place for me to look for new things to write about. So if you ever have anything to say, I’d love to hear from you!

Though I’d like to say that my disdain for Taiki just took a turn for the worse this year, that’s not true at all. I’ve just become more vocal about this fact.

We’ll see if I can be more charitable to the big foreheaded monstrosity in 2018.1

How this happened it absolutely beyond me. The blog had grown slowly-but-steadily from its creation until around March of this year, and then suddenly it started to take off.

Regardless of the reason, though, I’m absolutely humbled by the fact that people come to read  this Sailor Moon research project.

Last but not least, I’d like to take a quick look at the top 5 posts of this year because… well, that’s what one does at the end of the year, right? And it’s always fun to see how completely off my original expectations were compared to reader reaction!

5. What Does the Brooch on Super Sailor Moon’s Waist Do?

This question was inspired by a discussion I found on an old Japanese BBS (bulletin board system) from around 2002, where fans were asking each other questions about various mysteries left unsolved in the manga. That got me thinking about how bizarre it is that her waist brooch changed between the two seasons and led to this article.

“Anything wrong with that?” Nope! Not at all!

4. Why Do Minako and Rei Always End Up Together?

I should lie and say that there was some sort of really deep or meaningful reason behind this article, but actually it was inspired by my love for Scooby Doo, and an in-depth conversation I had with a friend on why Velma always got stuck with Scooby and Shaggy. That led to the question of: if Rei and Minako are so different, why do we always see together?? (to be fair, their personalities compliment each other quite well in the manga and PGSM)

Even though I don’t live in America currently, I was still totally consumed in the hype surrounding the English debut of Sailor Moon R in theaters. After watching the movie way-too-many times on Netflix, I started to wonder if Mamoru and Usagi actually did meet at all, and that’s where this came from. 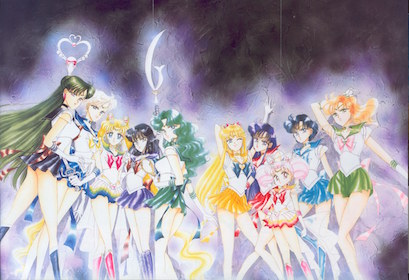 And this is nowhere even NEAR all of them!

2. How Many Sailor Senshi Are There in the Sailor Moon Universe?

When you live in Tokyo, you spend a lot of time commuting to and from work on trains. And when you’re on trains, you have a lot of time to think about and google any little question that might come to mind. Which is what happened with this question. Except every place I searched kept giving me different numbers, so I decided it was time that I take a look at it myself.

The most surprising thing for me was that Phobos and Deimos aren’t senshi. I was positive that they were. I even counted them in my first draft before checking! Just me??

1. What Was Sailor Moon’s Archery Attack?

In my obsessive pursuit to find information on DALI – which would up turning into an absurd 4-part series on Moonlight Densetsu – I wound up buying a bunch of old anime magazines. And in one of those magazines was a mention of a Sailor Moon fan contest. Down that rabbit hole I went, tracking down more and more issues to find the results of each of the consecutive contests, which is where I found the beautiful official-but-not-official art for the Sailor Archery attack. 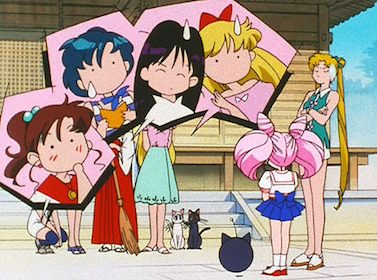 And that, my dear friends, brings us to the end of 2017. I have a lot of exciting things planned for Tuxedo Unmasked in 2018, but I figure I’ll keep those announcements for the new year. As always, I’m incredibly thankful for everyone’s support, and look forward to all the exciting adventures that await!

If you’d like to support Tuxedo Unmasked, consider sending a coffee my way, or even joining the Patreon. 100% of the money is put directly back into the site, in the form of research materials, cafe/event reviews, and more.