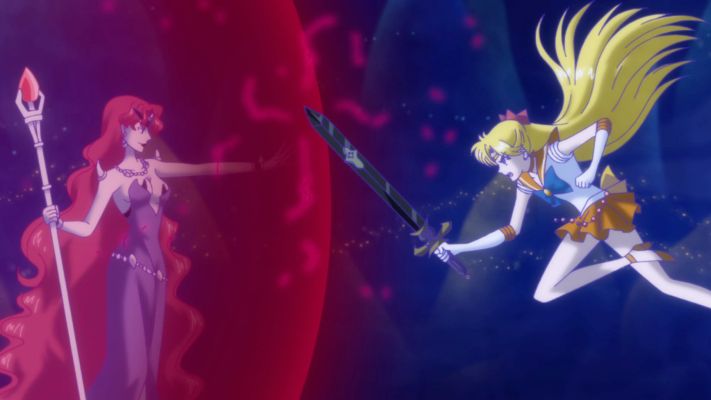 Though the battles in Sailor Moon may not be as action-packed as the ones you see in the likes of Dragon Ball or the Gundam series, the scale of what they fight for isn’t all that different: the Sailor Soldiers are generally all that stand in the way of the forces of evil enslaving, or even outright destroying, the people of Earth.

But have you ever stopped to wonder about which of Sailor Moon’s enemies came closest to winning?

Today we’re going to take a deeper look at the villains of the series and see if we can answer this important question. After all, there’s nothing more exciting than thinking about just how close the world has come to certain doom, right? 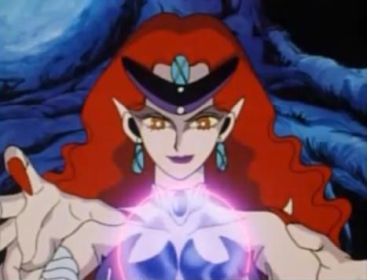 Ever notice how Queen Beryl has an evil tiara?

Unfortunately for us, we never actually see Sailor Moon‘s enemies battling it out against each other, so we don’t exactly have any direct data to work with. And of course, we have to contend with the usual “well, are you talking about the anime or the manga?” continuity issue that always seems to rear its ugly head.

So let’s get the easy stuff out of the way!

When it comes to the relative strength of Sailor Moon‘s villains, I think you can make a pretty strong case for the fact that the enemies continue to get stronger and stronger throughout the manga. That means that it’s a pretty safe bet that Sailor Galaxia / Chaos is the most powerful enemy in that version of the story.

There’s also the fact that, in the manga, Chaos was responsible for all of the villains the Sailor Soldiers had encountered to date (Queen Metalia, Death Phantom, Pharaoh 90, and Queen Nehelenia). Unless you want to argue that Chaos was capable of creating minions more powerful than itself — which would make it pretty silly for Chaos to even try to fight Sailor Moon after all its minions had failed — then I think Chaos’ manga is pretty much set. 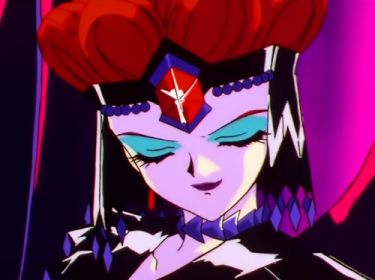 Chaos Galaxia: Hobbies include writing poetry and listening to Death Cab for Cutie

But the anime, at least in my opinion, doesn’t suffer from this problem. While it’s true that the Sailor Team needs to continuously acquire new attacks and power ups as the seasons progress, I think you can make a compelling argument that this is more related to them fighting differently powered enemies that can only be hurt by other types of attacks rather than that they are fighting continuously more powerful minions of doom.1 After all, the Moon Boomerang continues to be used all the way through SuperS,2 so it must be maintaining its effectiveness somehow.

Another thing that we need to consider is that Sailor Moon doesn’t kill all of her enemies in the anime. Fiore, Queen Nehelenia, and Sailor Galaxy, for example, were all healed in one manner or another rather than being destroyed. While I suppose you could consider this to mean that we don’t  have a proper gauge on how powerful they really are, I’m willing to consider “healing” as being on the same level as “defeating.” 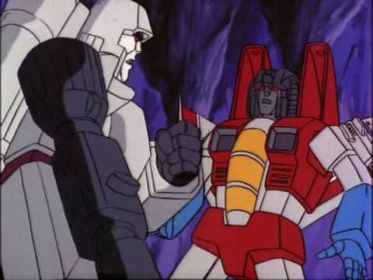 Why does Megatron put up with Starscream, anyway??

Last but not least, I’m going to assume that no minions were more powerful than their big boss. This is for similar reasons that I made above regarding Chaos creating the other villains — it simply doesn’t make any sense for Queen Nehelenia to face off against the Sailor Soldiers if Palla Palla was her strongest warrior.

Assuming all these things are true, then how are we supposed to tell who is the most powerful?

In a \roundabout fashion, of course!

In what I guess you could call a companion article to this, I previously wrote about who the most powerful Sailor Soldier is. For the sake of that discussion, I had to first exclude Sailor Moon and Sailor Saturn from the conversation because they’re somewhat distinct from other members of the Sailor Team, both in their sheer power as well as their roles in the series. But that fact actually comes in handy here.

You see, across the majority of Sailor Moon‘s run, our titular character is generally the one who destroys each and every enemy they run across. And this isn’t just restricted to the final bosses, either. “Now Sailor Moon!” is a constant refrain heard from the Sailor Soldiers, Tuxedo Mask, and even other characters of the day whenever they run across an errant Youma, Cardian, Droid, Daimon, Lemure, or Phage. 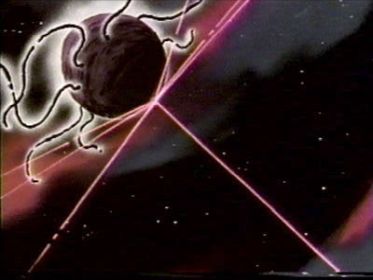 And yet, there’s one enemy that Sailor Moon wasn’t able to defeat on her own: Pharaoh 90.

It took Sailor Saturn, the Galactic Reset Button,3 to take down this evil being from the Tau star system, and even then Hotaru died in the ensuing battle.

I mean, sure, Sailor Moon ultimately resurrected Hotaru as a baby after all was said and done, but I’d still say that Sailor Saturn did what Sailor Moon couldn’t. And for that reason, I’d give the “most powerful villain award” to Pharaoh 90. 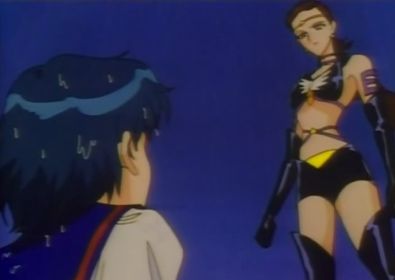 Obviously this discussion involves a lot of assumptions. The theory basically falls apart at the seams if we were to decide that any of the assumptions weren’t true — and yet, I’m okay with that. It just means that there’s a new or different way to look at the question, and you may come up with an entirely different answer. After all, Jadeite is one of the few Sailor Moon villains who is neither killed nor reformed, so you could probably make some argument about him being an unstoppable force waiting to be unleashed.4

That’s just my take on the situation, of course. What’s yours? Would you throw your vote in with Sailor Galaxia? Or perhaps you’d put your money on one of the less discussed series villains, like Snow Princess Kaguya? Let me know down below! I’d love to hear if I missed anything!

11 thoughts on “Who Is the Most Powerful Villain in Sailor Moon?”