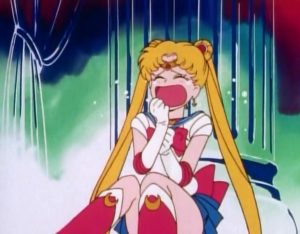 Not exactly my first choice…

Why not Sailor Moon?

First off, we’re going to need to remove Sailor Moon from the running since she’s the heir-apparent of the entire Silver Millennium, holder of the silver crystal, and future queen of Crystal Tokyo. I think it’s pretty commonly accepted that Usagi isn’t included in the same category as the rest of her Sailor Team, so we’ll take her out of the running as “most powerful” for now since she’s in a league of her own.

How about Sailor Saturn?

Now this is where the theory gets interesting and, depending on how you look at it, makes or breaks whether or not you are willing to believe in the uncontested power of Sailor Neptune. With Sailor Moon out of the picture, the next obvious answer is Sailor Saturn. 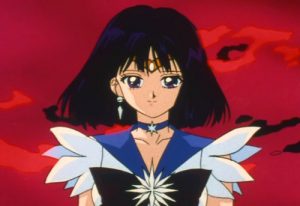 As far as we see in both the anime and the manga, she’s nearly unstoppable and is something of a nuclear bomb among the Sailor Team.

But that, or so the theory goes, is the reason why we cannot include Sailor Saturn in any normal analysis of the relative strength of the Sailor Soldiers. From what we see in the series, Sailor Saturn cannot generally transform and come on her own – she needs to be summoned (by the three talismans, for example) in order to act. No matter how powerful she may objectively be, if that power is locked away, can we really rely on it? Going back to our nuclear bomb example, we also run into the issue with the fact that though Sailor Saturn may be immensely powerful, she really specializes in mass destruction and isn’t really suited for general fighting of youma, monsters of the day, or other general threats. You don’t want to blow up your house to kill a few ants.

Then why Sailor Neptune?

As the theory goes, there are two main reasons for why Sailor Neptune would be the most powerful, and both are related to its position in the Solar System. The first of these reasons is the simple fact of the power needed to get there. As we saw in both the anime and the manga, it took the entire inner Sailor Team in order to teleport from Earth to the Moon.

While we don’t know much about the way travel worked in the Silver Millennium (and it must have at least been more simplified in order to facilitate travel between the Earth and the Moon in order for Princess Serenity and Prince Endymion to carry on their relationship), if we were to extrapolate this out on the power necessary for each of the princess/soldiers to travel to their own respective planets, Neptune is the clear winner here when it comes to difficulty. Even if all of the Sailor Soldiers were to travel together as far as they could (i.e., Sailors Mars, Jupiter, Saturn, Uranus, and Neptune moved onto Mars, then Jupiter and so-on), Sailor Neptune must make the final trip from Uranus to Neptune on her own. Sailor Pluto is excluded here due to living in the Time Palace, which she can access from seemingly anyway, so travel is a bit more simplified for her. 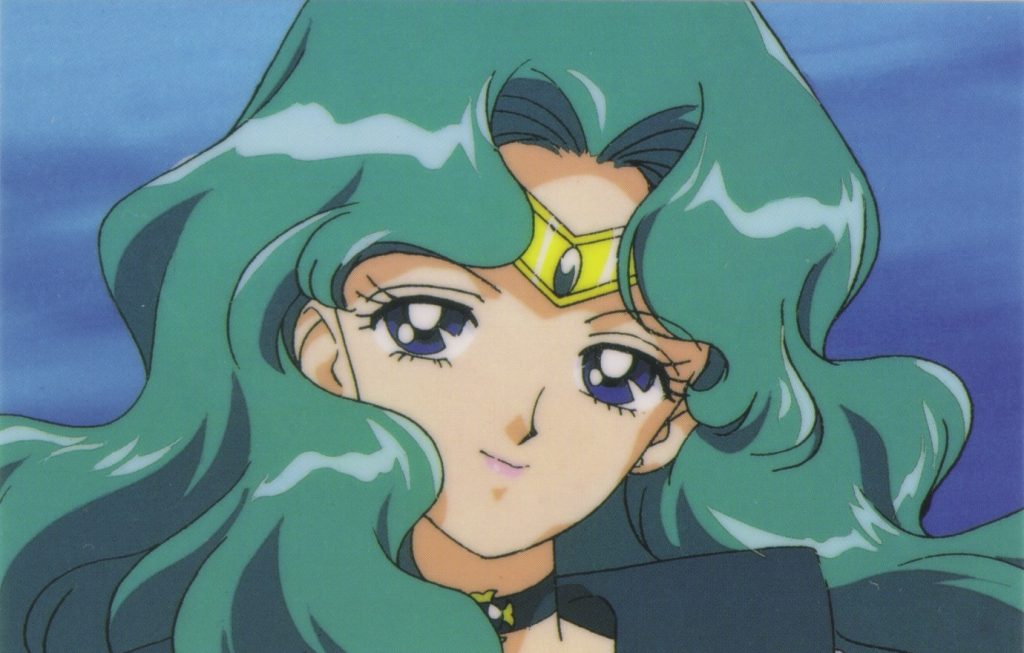 Possibly the face of unparalleled power…?

The second argument is that she must be the most powerful simply by necessity. As you probably know, the biggest difference between the functions of the inner and outer Sailor Teams is that the inner team deals with “threats from within,” while the outer team deals with threats from outside the Solar System. Once again, considering that Sailor Pluto is located in the Time Palace, that means that Sailor Neptune is the first line of defense against any incoming threats. We don’t know much about how the military /defenses of the Silver Millennium functioned, but it is relatively safe to say that you would put your most powerful resource on your first line of defense. Sailor Neptune, as the holder of the Deep Aqua Mirror, also has the option of making the choice to summon Sailor Saturn in order to deal with any threat that is too powerful for her to take care of.

As I mentioned at the very beginning, I don’t necessary believe in this theory simply for the fact that it requires too many precedent conditions (e.g., that we exclude Sailors Saturn and Pluto, that Moon doesn’t count, etc.) and assumptions on the way the Silver Millennium functioned (e.g., that the Sailor Soldiers all travelled by transportation and that Neptune personally confronted extra-Solar threats). But with that being said, it’s definitely an interesting theory and provides an interesting way of looking at the relative power of the Sailor Soldiers.

So what do you think? Who would you rank as the most powerful of the Sailor Soldiers, and why?

31 thoughts on “Is Michiru the Most Powerful of the Sailor Soldiers?”