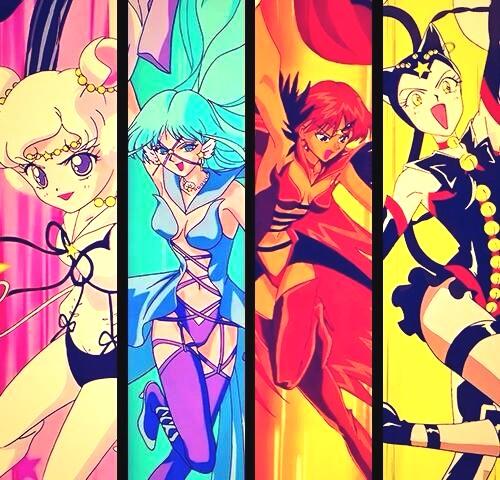 Not the full team, but… close enough!

I know that I’ve brought it up (many times) in the past, but I absolutely love the fact that when Ms. Takeuchi settles on a theme, she tends to stick with it. And stick with it she did in terms of having a unifying naming pattern — gems, minerals, elements, and metals — for nearly all of the primary villains in the Sailor Moon series.

Today we’re going to take a look at some of Sailor Galaxia’s minions, the Sailor Animamates, and see where their names came from. Though some of these are probably obvious on the surface, there are actually a few surprises worth sticking around for! 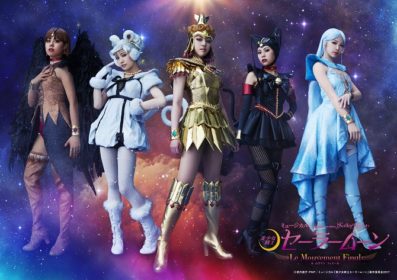 The Sailor Animamates in the 2017 Sailor Moon Musical

For those of you out there wondering why I didn’t just dedicate this article to the Shadow Galaxtica, it’s because not every character we see serving under Galaxia is actually an Animamate.

The most obvious examples of this are the Sailor Gardeners, Sailors Chi and Phi, and the Sailor sisters of the River Styx, Lethe and Mnemosyne. But if you want to get really pedantic,1 technically Sailor Uranus and Sailor Neptune were also members of the Shadow Galactica in the anime, and nearly all of the Sailor Soldiers wound up being brought over to the evil organization in the manga.

Which is a very roundabout way of saying that “the Sailor Animamates are just a subset of the Shadow Galactica.” Think on the same level as the Witches 5 being a subset of the Death Busters.

So with that out of the way, let’s take a look at what these characters’ names all mean!

Speaking of the Sailor Animamates, where better to start than the name of the group itself! Unfortunately, I wasn’t able to find any concrete information on this subject, so I doubt there’s actually an answer out there to find, but I have two possible explanations:

The first one is nice and simple, especially when you consider that the names of all of the Sailor Animamates follow the same pattern of [mineral] [animal]. 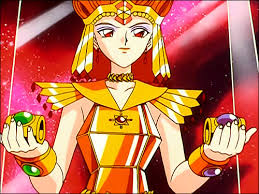 That leaves us the other answer, that they are literally supposed to be anima mates, or life-spirit mates. You could even take this further and tie it into the theory of anima and animus,3 put forth by the father of analytical psychology, Carl Jung.4 But I think that’s going a bit far.

Personally, I’d be inclined to go with the Latin anima angle, especially when you consider that in the manga all of the Sailor Animamates had lost their bodies and were only able to continue on living by taking on the Sailor Crystal of the true Sailor Soldier of their respective planets after being granted power by Sailor Galaxia. I admittedly have very little to go on here, though. It could be neither. It could be both. But it’s interesting all the same.

But enough of that — on to the names! 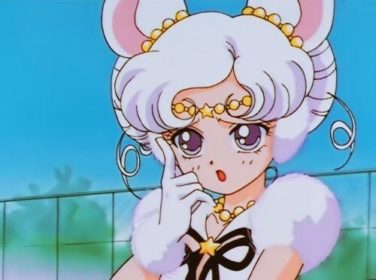 Probably not much of a surprise here, but the iron here in her name comes from the metal of the same name. Pumping iron, iron mask, iron clothes. You know, iron. Oh, and she’s mouse-inspired.

In the anime, she works under the alias of Chuuko Nezu (根津宙子), with chuu coming from the noise mice make (Pikachu, anyone?), ko being a common suffix to female names, and nezu being in reference to nezumi (ネズミ),5 the Japanese word for mouse. 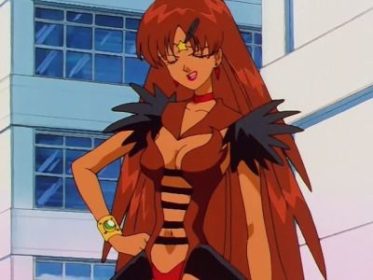 Lead, kinda like the metal that you’re hoping wasn’t used in the paint that covers your house. Crow, like the bird. I promise this will get more interesting soon, please hang in there.

Going under the alias of Akane Karasuma (烏丸あかね) in the anime, her last name is in reference to karasu (烏),6 the Japanese word for crow. Though Akane isn’t written in kanji, it could be in reference to a type of red (known as Japanese madder) which is also read as akane (茜).7 This also ties nicely into a clever wordplay of レッド (reddo) being possible to read as either the metal “lead” or color “red.” 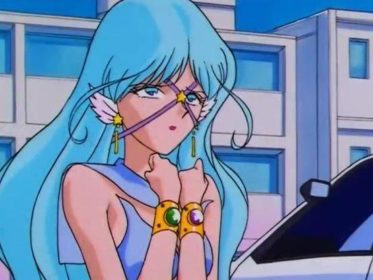 I always found her name to be a bit odd because, while the rest of the Sailor Animamates were named after normal animals, Sailor Aluminum Seiren here is named after the creature of Greek mythology, the siren.8 Often depicted with bird bodies and female heads, it works well enough… but I still think it deviates from the theme.

Oh, and aluminum. Like the thousands of cans I used to drink Mountain Dew out of.9

In the anime, she also works under the name Reiko Aya (彩れい子), which… well, no matter what way I look at it, I just can’t find any sort of connect or word play. I’m sure there must be some kind of pun here, but it’s lost on me. 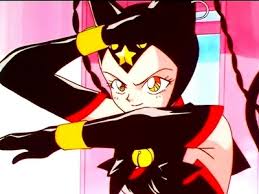 While the Tin part of her name is once again obvious, referring to the metal of the same name, Nyanko is a combination of the Japanese sound a cat makes, nyan, with the ko suffix common in female names. It also comes up not-uncommonly as a word used by little kids to refer to cats (nyanko) or dogs (wanko). Kinda like saying “See the woof-woof over there?” to a two year old.

When walking around brazenly as a leather-clad Sailor Soldier of purrfection, she goes by the alias Nyako Suzu (鈴にゃん子), with suzu (鈴) being the Japanese word for bell10 — like the type often found on a cat’s collar — and nyanko being the nyanko we just discussed. Incidentally, the Japanese word for tin can also be read as suzu (錫). 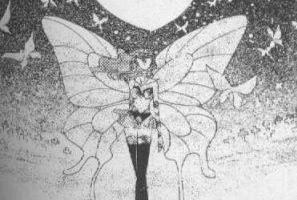 The last of the Sailor Animamates, this manga-only character is named after a category of metals known as “heavy metals” which, depending on your discipline, could mean a metal that has a high density, atomic weight, or atomic number.11 Papillon, on the other hand, is the French word for butterfly,12 which explains her character design. 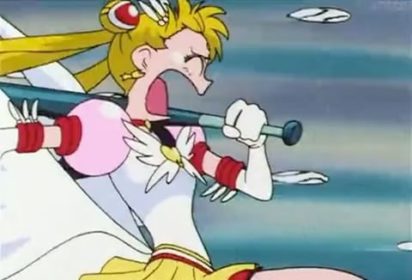 Me, before anyone can ask about the Seramyu-only Animamates

And it looks like this is where we’re going to have to leave off for today. Next time around, we’ll be looking at the rest of the members of the Shadow Galactica and the interesting stories behind their names!

As for the Sailor Animamates group itself, what do you think about the etymology behind the name? I like the simplicity of the “animal” connection, but it doesn’t work for Seiren — not exactly an “animal” — and it seems too simple. On the other hand, the Latin “anima” angle could be reading too much into it. Or maybe not enough, if you want to go with Carl Jung. But who cares what I think — I’d like to hear from you!

17 thoughts on “Where Did the Sailor Animamates Get Their Names?”