Could Rie Miyazawa have been a 90s Usagi?

It’s a moment that happens to us all: you’re just sitting there on the couch on a lazy Sunday, your daughter crawling across your lap as you read a 26 year old book about the world of Sailor Moon. Totally relatable, I’m sure.

As you’re flipping through the pages and deftly avoiding aggressive toddler hands, you come across something that catches your attention: a young Japanese fan’s plea for a live action Sailor Moon — nearly a decade before the concept was even close to becoming a reality. What makes this all the more intriguing, though, is who they thought would be perfect to play the roles of each of the Sailor Senshi.

That’s right, today we’re going to take a step back in time to 1993 and look at some of the hottest names in the Japanese pop culture world as we fill out our totally 90s Sailor Moon cast list. Put on something obnoxiously neon, because things are about to get radical! 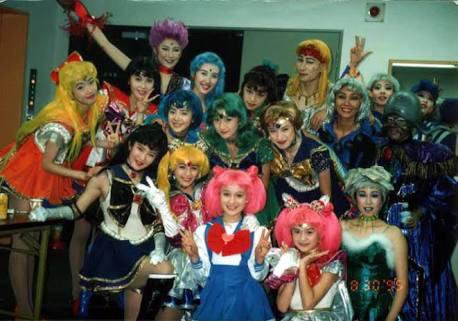 Yes, but not THAT kind of live action…

Before we get started, I should add the (hopefully obvious) disclaimer that this isn’t meant to imply in any way, shape, or form that a live action Sailor Moon was being considered back in the 90s. The suggestion was simply submitted to Nakayoshi by a fan named Arisa Inuzuka and answered by Ms. Takeuchi in the guise of Usagi and Luna in the Nakayoshi Anime Memorial Album.1

With that out of the way, let’s take a look at our proposed cast, shall we? 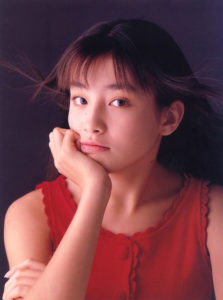 Starting her modeling career at the ripe old age of 11 years old, Rie Miyazawa was appearing on magazine covers and in commercials throughout her teenage years and had gained a significant following by the late 80s and early 90s.2 Unfortunately, her life took a tragic turn starting around 1993 with her engagement to a famous sumo wrestler, Takanohana, getting called off, a presumed attempt at taking her own life in 1994, and a rumored battle with anorexia.

I’m guessing it’s safe to say that she wouldn’t have been recommended to be Usagi if the letter had been written a year later.

It’s not all doom and gloom, however! Ms. Miyazawa really turned things around since around 2000 or so, appearing in 19 movies and over a dozen tv shows. 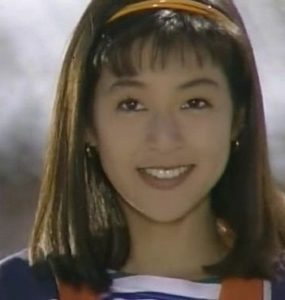 Though probably a bit on the older side to be playing Sailor Mercury at nearly double Ami’s age at the time this recommendation came out, Ms. Suzuki was a nearly constant fixture on Japanese television for over a decade since her debut on the small screen in in 1986.3 She’s probably best known, however, for her role as Rika Akana in the critically acclaimed TV series Tokyo Love Story.4

I can’t really say much about how well she’d play the role of Ami, she does seem to have been Japan’s TV sweetheart for quite sometime, so she must have had something going for her! 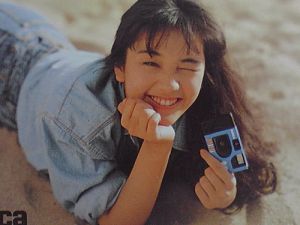 Hikaru Nishida is a pop singer and actress who has been pretty much constantly in the limelight since her 1988 single debut.5 Not only has she released 28 singles and 18 albums, she’s also somehow managed to find the time to model for six photo collections, write four books of her own, and even translate six books into Japanese.

Though born in Japan, she is fluent in English due to having spent the first 12 or so years of her life in America and later attending the American School in Japan (yes, that really is its name) upon her return.

As far as the manga goes, she probably isn’t the best choice to represent Rei. But with her musical, acting, and modeling background, she probably would have been a great adaptation of the anime Rei! 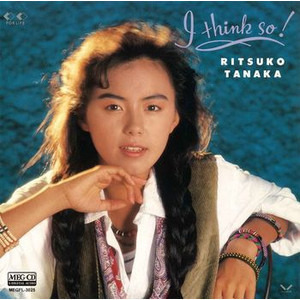 Singer, actress, and president of a non-profit organization, Ritsuko Tanaka has kept herself busy across the decades since her 1984 debut on the cover of Seventeen magazine — the exact same magazine and year as Rie Miyazawa’s debut, in fact.6

Throughout the 90s, Ms. Tanaka was pretty much a fixture on Japanese television, constantly appearing on a wide variety of tv dramas, the most famous of which being her role as Jun Mashiba in the 1989 drama Aishiatterukai!7

I’m guessing she must have left a strong impression on audiences in her role as a high school student in that show, because I can’t really see anything Makoto-ish about her…

After being crowned the “Miss Vitamin C Hi-C Girl” winner among 2,100 other young hopefuls in 1989,8 Ms. Makise went on to appear in several high profile commercials, including JR Central’s “Christmas Express,” a popular commercial series the train line ran every year in December.9

Like many of the other talented women here, she’s still quite active in her career as an actress, narrator, singer, and author.

While I can’t stress enough that this is purely a fan made list, it is an interesting look back into what kind of pop culture environment Sailor Moon came out in, and just what kind of women fans thought the Sailor Senshi would be like in real life.

What was most interesting to me, though, was how much older each of the recommended actresses were over their 14 year old counterparts. It’s not so much that I think the person made poor choices, though, but rather it drives home the point of just what an amazing casting job they did on the actual PGSM drama in the early 2000s by recruiting only up-and-coming models who were in their mid-teens themselves. I could have never predicted how great the show would end up, and honestly, I don’t imagine it could be pulled off quite as well ever again.

3 thoughts on “What Would a 90s Live Action PGSM Have Looked Like?”