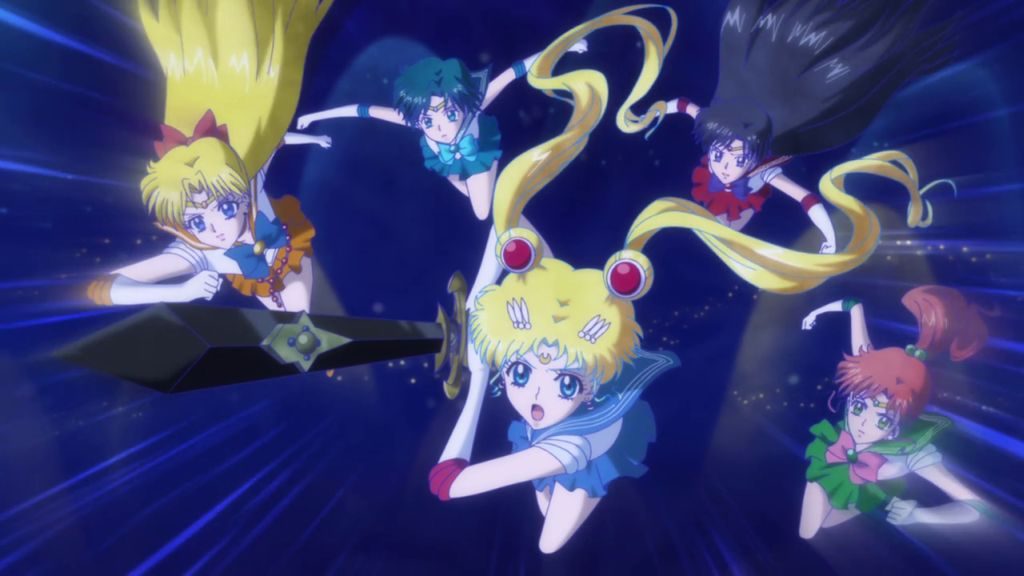 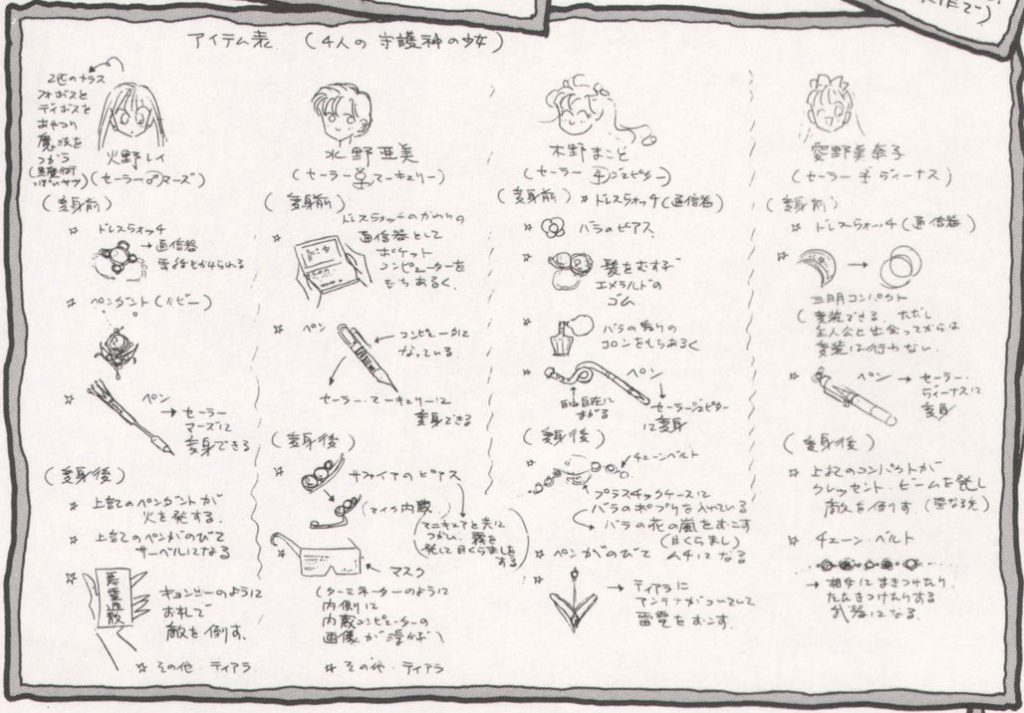 One thing that we should get out of the way first, though, is that obviously Sailor Venus is a bit of an exception to this rule. Having started out as the sailor-suited warrior of love and justice, Sailor V, Minako was granted her own assortment of transformation items and attacks, though most of these didn’t carry through to Sailor Moon.

The status of Sailor Venus’ Love Me Chain is also a bit unclear, since in the manga it seems to pretty clearly be an attack utilizing the chain wrapped around her waist as a belt, while the anime seems to portray it as a magical / energy attack. 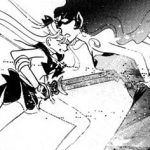 In the manga, she also wields — for a short time — the Sword of the Silver Crystal, a mystical sword kept at the ruins of the Moon Kingdom and the very sword which Princess Serenity used to kill herself after the death of Prince Endymion.

But what about the rest of the Sailor Soldiers? As we all know, the idea of the Sailor Team is loosely based on the super sentai concept popular in Japanese children’s programming,1 and weapons unique to each character is a common theme in those series. Upon going back to Ms. Takeuchi’s original concept art2 leading up to the creation of the manga, it seems that in addition to the items we already know about, there were some more weapons originally planned for each of the characters. Let’s take a look!

And there you have it! While some of Ms. Takeuchi’s original ideas were ultimately used in the manga and the anime, it’s interesting to see what could have been when considering the additional weapons and items for each character. Perhaps some of them, like Makoto’s perfume, did actually make it into the manga but were never called out? 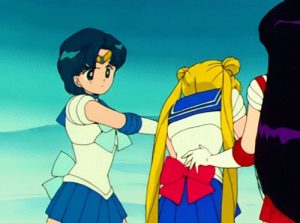 Ultimately, I think the magical powers suit the Sailor Team much better than any weapons could, and the addition of the deadly Silence Glaive and other weapons in the third story arc added a further sense of strength to the Outer Sailor Soldiers, so I suppose I’m okay with the difference.

Still, though, it’s always fascinating to see what could have been!

7 thoughts on “What Weapons Were the Inner Soldiers Supposed to Wield?”