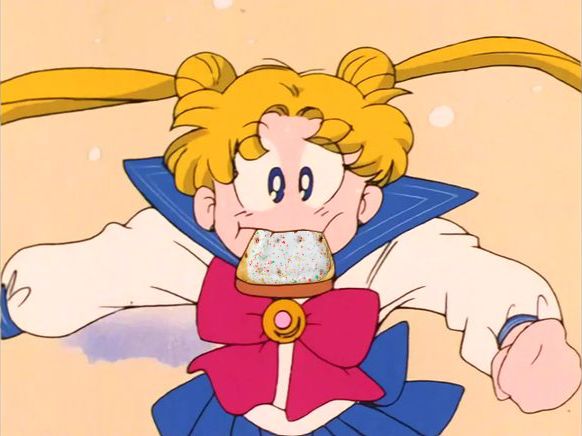 The Power of Strawberry Pop-Tarts

For anyone who’s been involved in the Sailor Moon fandom for an extended period of time, this is a story that’s probably familiar to you already. But occasionally, I like to take a look back at the evolution of the Sailor Moon fandom and see where we as Sailor Moon fans have come from and how the community has changed over the years. But let’s talk a bit about the bizarre connection between Sailor Moon and Pop-Tarts!

Back in the late 1990s, there was a group/website known as Save Our Sailors (hereinafter, SOS)1 which was dedicated to campaigning to finish the Sailor Moon dub. The original dub done by DiC only went halfway through Sailor Moon R and ultimately left English-speaking fans with no way to see how things with the Black Moon Family turned out, shy of importing fan-subbed copies. For reasons which are unclear, the members of SOS had determined that the reason why Sailor Moon was dropped in North America was due to a lack of sponsors and, further, that Kellogg’s would be a great potential sponsor for the show.

How they reached that conclusion and that having a “procott” (basically, the opposite of a boycott where everyone buys a certain product on a certain day) was, to put it gently, unscientific at best, but there was definitely heart behind their ideas! According to the members of the SOS Team:2

During the Summer (after we found out that the show was going to be dropped), we started to write down every commercial on the show.

When we finished the list we took off those things which we all couldn’t buy.

So begins the epic story of the Great Strawberry Pop-Tart Procott to Save Sailor Moon (hereinafter, the GSP-TPSSM). I’m ashamed to say that unfortunately I didn’t take part in it since I didn’t even know Sailor Moon existed back on December 14, 1996, though I doubt my paltry several dollars would have helped much. As we all know with our 20/20 hindsight, not only did the GSP-TPSSM fail, but it was ultimately General Mills – Kellogg’s main competitor – that wound up sponsoring bringing Sailor Moon back to the airwaves (even if only in syndication and with no new episodes).3

And there you have it! The bizarre tale of how a group of very dedicated (and well-meaning) fans managed to forever tie the Japanese anime Pretty Soldier Sailor Moon to a sugary-sweet breakfast pastry that none of my Japanese friends will ever eat.4

Only tangentially-related, but I’ll leave you with this video of Super Sailor Moon selling potato soup!