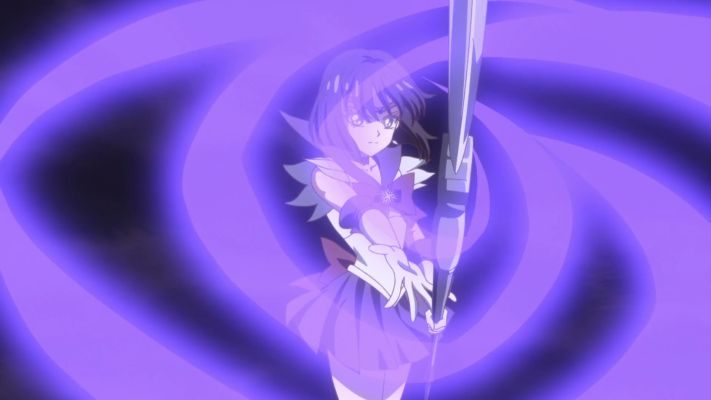 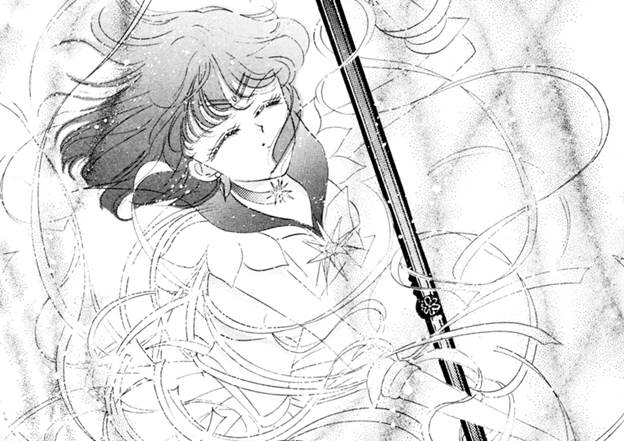 I mean, I DO see a lot of ribbons

To be entirely honest, I had kind of thought that this whole argument had been put to rest decades ago, but a quick Google search tells me that this is quite apparently not the case.

To be fair, some of these pages could very well be people discussing this very argument, making it not necessarily a clean comparison of which term is actually correct. It’s also worth noting that, before we go much further, both are actually correct… kinda. And by “both are correct,” I mean that Sailor Saturn actually uses each version of the attack, but in very different — and not necessarily canonical — ways.

Confused yet? Good! We’ll sort this all out in due time, don’t you worry.

But first off, I think it would be prudent for us to discuss where all the confusion actually comes from in the first place. Why don’t we know what Sailor Saturn’s attack is called? It’s not like we have this problem with any of the other Sailor Soldiers.2

As Ms. Takeuchi was known to do as the series progressed, the Japanese name for the attack is rendered in both kanji and katakana, for meaning and pronunciation respectively. It’s written out in the manga as:

The kanji, when broken down into its components, are: 死 = death;3 世界 = world;4 変革 = change, transformation, reformation, revolution.5 Basically you’ve got “death to the world and then create something new in its place.”

I don’t know about about, but that sounds pretty close to Death Reborn Revolution. So where’s the confusion?

In katakana, the English word “ribbon” is written as リボン while “reborn” would be written as リボーン.6 You would think that this would be the nail in the coffin that we were looking for and we could just call it a day, but unfortunately it’s not quite that simple. 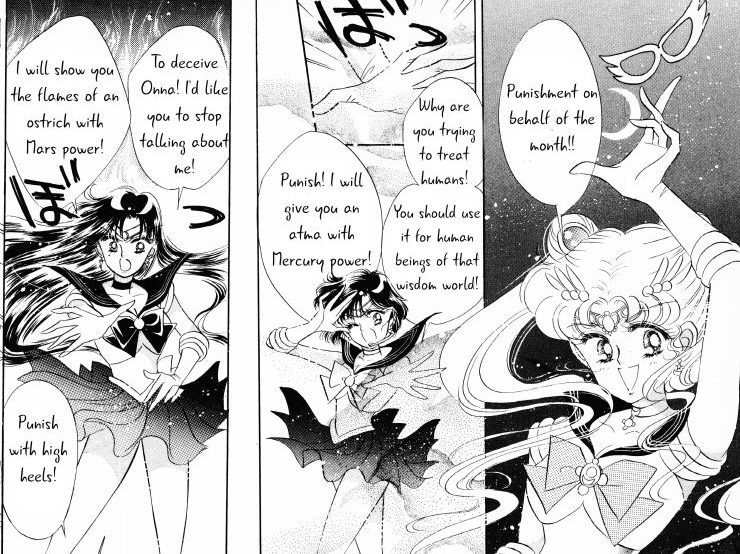 You see, the original English manga translation to “grace” North American shores by TokyoPop rendered the attack in English as “Death Reborn Revolution.” Years later, once Kodansha had re-acquired the North American publishing rights and released their own translations, they rendered the attack as “Death Ribbon Revolution.”7 The Sailor Moon Crystal anime later went on to also use this translation.

While TokyoPop’s translations certainly suffered from a great deal of issues, ranging from totally rewritten dialogue to translations that totally missed the mark, Kodansha’s translation was not without fault and was also rife with errors. It’s a “six of one, half a dozen of the other” kind of issue for me when it comes to taking the English versions as an authoritative source.

I think what makes this further confusing to fans is the fact that Sailor Saturn is quite literally being surrounded by ribbons when she summons this attack, so it’s a pretty easy connection to make. 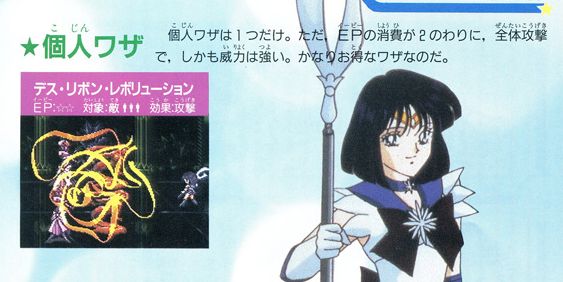 What’s more, Sailor Saturn’s attack in the Super Famicom RPG Sailor Moon Another Story is actually written in the strategy guide as デス･リボン･レボリューション (Death Ribbon Revolution) and depicts a ribbon attacking all enemies on screen, which doesn’t help matters. However, the attack is spelled correctly in the game itself.

Many fans will make the argument that Ms. Takeuchi was well aware of this word play and intentionally chose the word リボーン because of its reading as “reborn” and similarity to the word “ribbon.” I agree with and absolutely respect that view. In fact, I think it’s probably correct. Ms. Takeuchi is well known for her word play, and the vast majority of the Sailor Moon universe is built up around it.

Hotaru has some… strong opinions about this

So where does that leave us?

Assuming that “reborn” was chosen for it’s proper meaning and that “ribbon” was just a happy coincidence in sound, I would argue that the correct translation here is to err on the side of the actual word that was used, even if that means that we do lose out on the ribbon pun.

After all, the ribbon connection is obvious in the art as it is, which is something that the reader (or viewer, in the case of Sailor Moon Crystal) would instantly pick up on. The true importance of this attack, however, is not that it shoots ribbons, but rather that it brings that which has died back to life to be born anew.

But that, of course, is only my opinion on the subject. What do you think? I imagine a lot of fans would probably side with the “official” translation used in the English adaptations done by Kodansha and in Sailor Moon Crystal, but I’d be interested in hearing what other people think about how word play should be best addressed in cases like this!