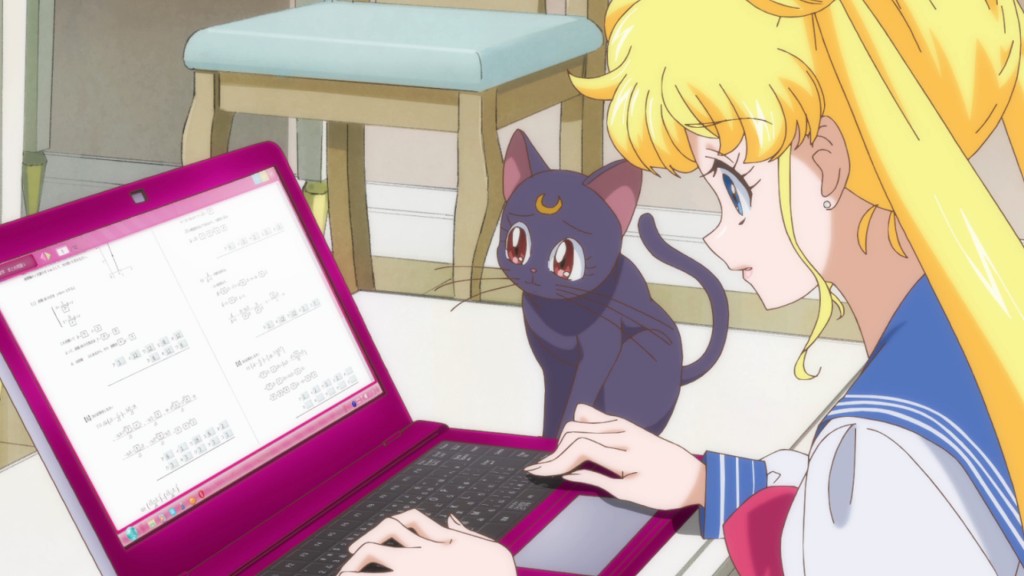 This is something a little bit different from what I usually cover here, but I wanted to briefly stop and take a look at not just the world in which the characters of the Sailor Moon universe live, but also how the fans had developed their own culture to show their appreciation for the series. This isn’t something I will be doing all that often, but I think it’s definitely interesting to show how the Sailor Moon fandom has evolved into what we have today. So, without further ado, I bring you Moonie Codes!

For those of who looking at this mass of letters and numbers and who were neither regular internet users in the late 1990s or fans of Sailor Moon, this jumble of text looks like something between a corrupt file or an encryption key. Alas, this is the kind of insanity that hardcore fans used to put in their e-mail signatures, post on message boards, put on their homepages, or even sign guestbooks with to show their level of fandom. First created by the user Tolaris1 on July 15, 1997, the Moonie Code is a play off of the Geek Code2 and was created as a quick way for you to succinctly write all of your preferences, opinions, thoughts, and beliefs on Sailor Moon in one block of text. 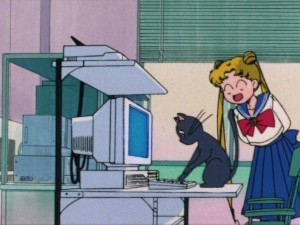 Luna never was good at touch-typing…

How does it work?

Well, in the author’s own words:

The moonie code consists of a few sections. Each section starts with a capital letter and is used to describe a part of your amazing and unique personality.

Each section, as noted above, is marked by a capital letter and then followed by a colon to help mark it from the rest. Let’s take a look at a few examples and deconstruct it a bit!

F is for your favorites, be it senshi, villian, supporting cast, or season. v is for villians, so the code above shows that the poster likes Mistress 9 quite a bit (the + sign) and liking her more and more (the additional [+] sign) as well as Saphir. The p is for your favorite season/act, and the author of this code likes S and Classic.

I’ll save you the boredom of analyzing each part in detail, but this should give you an idea for how a Moonie Code was put together. 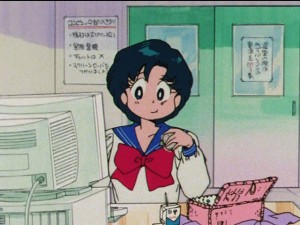 Back in 1997, you could finish lunch before your e-mail loaded

For anyone who grew up with Gmail and nearly unlimited e-mail storage, high speed internet, web 2/3.0, and Facebook, this is a completely valid question. The early internet, however, was a completely different beast what what we have now with far more basic forms of communication and — more importantly — far fewer images (as a matter of necessity).

Message boards, where they existed, generally did not have user images and rarely did profiles contain any bios or detailed information. The primary form of communication between fans was over e-mail and “mailing lists,” on which all registered members receive a copy of each e-mail sent in the group. This is where things like these Moonie Codes would shine, since you could communicate through your signature your love for the series in each and every e-mail or message board post without having to tell the same story over and over again.

That’s nice, but what exactly is a Moonie?

You could probably pick up on this on your own, but it’s probably worth pointing out: a “Moonie” was one of the many names being tossed around for Sailor Moon fans in the US in the late 90s. Much like Trekker vs. Trekkie, though, there were many people who didn’t care for the term (and the Moonie Code even has a section allowing you to put that information in!).

Read also:  Why Was Sailor V's Origin Story Written Out of Order?

So there you go, a brief primer on the Moonie Code, and a snapshot back in time on what the Sailor Moon fandom on the internet was like in the US back in the late 90s. In case you want to know more (or want to make your own Moonie Code), I’ve copied the original Moonie Code readme file here. Enjoy!

5 thoughts on “What is a Moonie Code?”