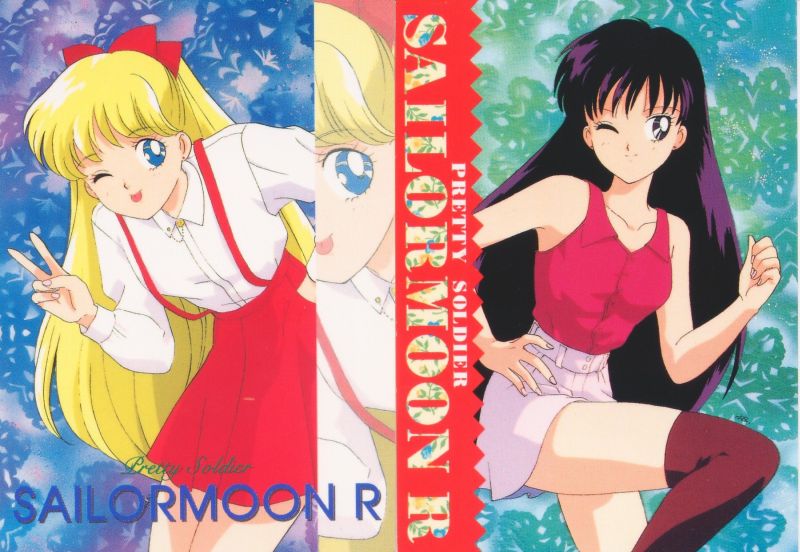 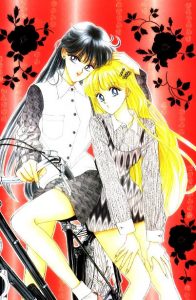 Before we continue, I really should be clear on one point: before you get your hopes up on finding irrefutable evidence for your favorite shipping relationship, this isn’t the article you’re looking for.

There’s a lot to be said about the sexuality of the Sailor Soldiers, but outside of Usagi & Mamoru’s questionably legal relationship and the Haruka and Michiru pairing, the series doesn’t really say much about any of the characters’ sexual preferences. I don’t have an opinion either way, so we’ll leave that aspect of this article open to interpretation.

So, back to the focus of today’s question!

Since the Sailor Team is essentially a group of five, and with Sailor Moon as the strong lead, whenever you need to split them up either to go exploring Scooby Doo-style or to pose them in promotional artwork, this leaves you with the problem of figuring out which pairings work best.

Though it may not seem that way at first glance, pairing Ami and Makoto together actually makes a lot of sense for several reasons:

Yes… their heights. What am I talking about? Stick with me – I’m not completely grasping at straws here. 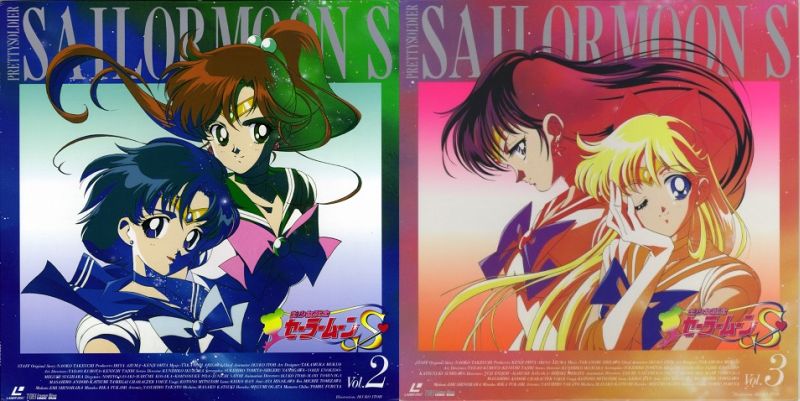 You see, Makoto’s towering figure is due in part to her namesake planet, Jupiter. On the other side of the coin, Ami’s smaller form is also attributable to her place in the solar system as the smallest planet.1

Not only does it seem natural for the strongest member of the Inner team to be looking after her more fragile and intellectual teammate, they also balance each well personality-wise and… frankly… on the page, in an artistic sense.

So does that mean that Rei and Minako get clumped together by default, like an unwanted Velma thrown along with Fred and Daphne out of pure convenience? No, not quite! I think there’s still a good case to be made for Rei and Minako coming together. 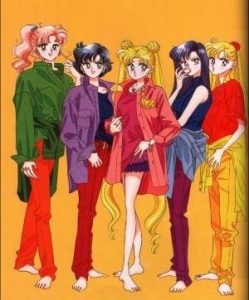 As with Makoto’s intriguing connection to the Greco-Roman mythology surrounding Jupiter/Zeus, I think there may be something to say about the relationship between Rei and Minako through Mars and Venus. We all know that Ms. Takeuchi is a sucker for tying back into small references, so I don’t think it’s much of a stretch.

What can we say about Mars and Venus, then? Well, as you probably know, Mars and Venus are the Roman adaptations of the Greek gods known as Ares2 and Aphrodite3 – the god of war and the goddess of beauty and love, respectively.

They were also… you know… lovers. And that’s where things get interesting.

Like all relationships in the Greek tragedies of yore, the relationship between Ares and Aphrodite wasn’t quite meant to be. In the Odyssey of Homer, Aphrodite was married to Lord Hephaistos, the smith of the gods. When he was away, Ares would sneak into their home and engage in some an extra-marital relationship with Aphrodite.4

Needless to say, their affair was uncovered (by Helios, the sun god, of all people!) and this all ended poorly for the two of them, but not before they had the opportunity to have several children together. Eight, in fact. And their names are:

That’s right! The twin brothers Phobos5 and Deimos,6 the personifications of fear and terror, were the love children of Ares and Aphrodite – Mars and Venus.

So when put into that perspective, I think it’s not all that surprising that Ms. Takeuchi would see fit to put these two together. After all, the Greeks were already convinced that there was an undeniable attraction between love and war, so it only makes sense that she would see the same draw! 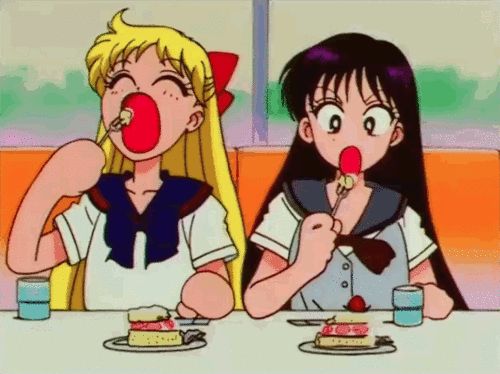 There should be some joke here about not having kids…

As for if there were any deeper meanings to this? Well, I’ll let you draw your own conclusions. But for me, it at least helps explain a bit why it is that we so often see Rei and Minako ending up together when, to be totally honest, they don’t on the surface seem to have a lot in common.

Of course, if you have any other insights into this or thoughts on the subject, please share! I love to hear other opinions on this sort of thing.

32 thoughts on “Why Do Minako and Rei Always End Up Together?”